What are some of your favorite game weapons as well as ones that you would enjoy/love using the most?

Here is one of mine:
Harvester, Death’s scythe from Darksiders 2 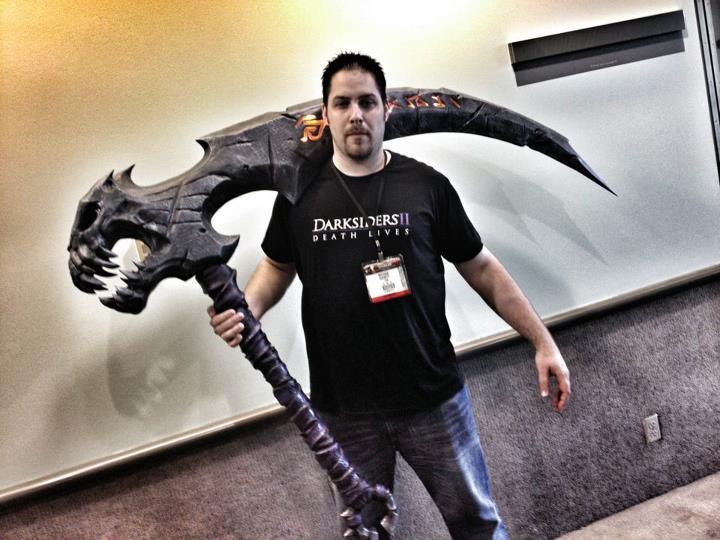 Another is the Chainsaw from DOOM aka DOOM 4 Another would be the throwing Knives from Dynasty Warriors 8

Finally would be the Lunar Staff from Ninja Gaiden 2

The cerebral bore from Turok.

Dead Rising 4 has too many combo-weapons that I enjoy slaying zombies with to list here.

I am all for scythes, whips and kusarigamas.

Don’t know if I have any certain weapons from certain games, but Testament from Guilty Gear, Ivy from Soul Calibur and Hanzo from Samurai Warriors series are definitely amongst my fave characters using such weapons. 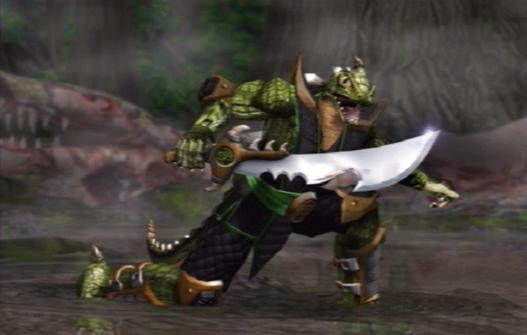 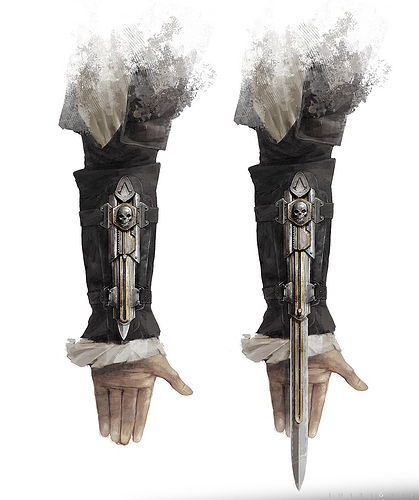 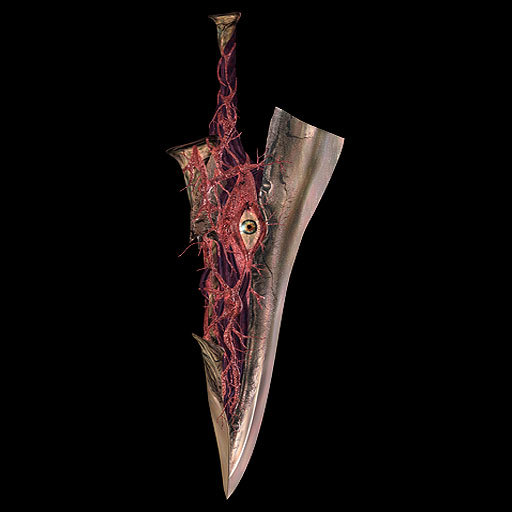 One of the most iconic weapons in modern gaming:

Since @GalacticGeek beat me to the mention of the cerebral bore, I’ll go for the harlequin’s kiss.

Harliquins are space elves in the warhammer 40k universe and are some of the sickest/sadistic when it comes to weapon design.

The harlequin’s kiss is a wrist/fist-mounted needle that, when punched through the armour and into the body of a victim, unravels a molecular thin wire of metal that then blends the organs, letting the poor sod to leak themselves all over the floor.
Eww 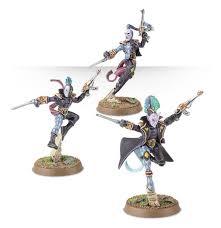 They do look pretty when they’re doing this though.

At work right now so picture, but the Tau Rail Gun mounted on Hammerheads is so much fun.

That, and the Tau Missile Pods. Get a couple Broadsides mounted in Missileside weaponry, and watch your opponent weep.

Is there any grotesque narrative to the weapons effect?

Ah the Tau, the shoot from afar army. The battle suits are referred to me as shooty ballerinas, with all that jetpack nonsense.

I do love the Eldar (sorry Eldarri as they’re now known) but their weapons are so disgustingly traumatic to their foes.

Grotesque? No. Their weapons are made to be highly proficient at killing, since the Tau aren’t physically strong themselves. Hence the mechsuits. I just love their weapons’ strength and overwhelming amount. Their weapons tend to be either high fire rate and slightly above average in strength, or single shots that absolutely devaste whatever they hit. (Firewarriors killing swarms of Tyranids or Rail Guns demolishing Land Raiders with a single shot.)

The most interesting part of the Tau Empire, to me, is the Ethereal’s ability to simply debate the opponents to surrender, and the Empire’s way of dealing with overwhelming odds in creative ways due to them being a relatively new race to the universe.

Yeah, I thought that whole multi targeting system was pretty broken. I remember charging my 20-srong Wulfen (4th ed codex) towards them and only 3 of them surviving.

The horrifying effects of the Eldar weaponry was what always made me realise they weren’t exactly good guys. Though, most of 40k is shades of grey.

The Halo Shotgun or any shotgun in any FPS. 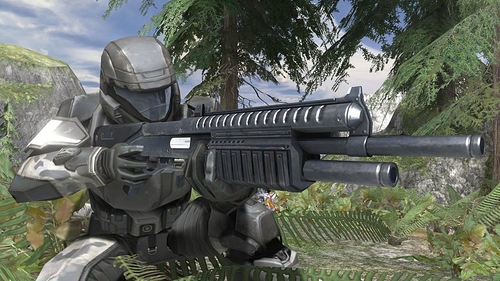 The axes (both the Separator and Clementine the guitar) from Brütal Legend are close to my heart.

Blade of the Tribes in Diablo 3 has taken it’s place in my heart. Apart from being a big sword (I love big swords) it also has the effect that whenever you scream it causes earthquakes and avalanches.

Tusk’s sword Wargram is one of the coolest designs ever. Down HP>Anything. Fulgore’s wrist blades are awesome too.

Halo’s Pistol, BR, Energy Sword, and Sniper will always be close to my heart.

The commando in CoD black ops is probably my favorite weapon in the series.

I have an affinity for shotguns, but particularly the Super Shotgun from Doom 2 (it mows down entire crowds/melts bosses with one heavy boom) and the trench gun from the King Kong game (it sends dinosaurs flying, often off of cliffs) are some stand outs for me.

And of course the BFG9000 and Chainsaw are too great too leave out.

Halo 1 shotgun was beast, but the fans made them nerf it for Halo 2. “It would never work like that” they said. It’s 5 centuries in the future, how would you know how it would work?

These people gifted with foresight, yet THIS is what they used their gift for?

Had to Google it because I never played Darksiders and don’t really plan to.
It’s a pretty neat sword I spose.