Speaking of djent, this song is super sick:

Rash and Arbiter are my runners up, but the epic choir of Tusk’s theme is the kind of music that grows hair on your chest.

Probably Kim Wu (followed very closely by Tusk). There’s just a lot of energy to the track that I like.

By far my least favorite theme of S3 is Mira. It’s okay, but the opera bits drag on way too long and the other parts are neat but nothing too memorable IMO.

Maybe my definition of metal is different than yours, but the Devil May Cry franchise usually has some songs that are on the harder scale.

lol, you’ll have to point me to particular bits of the soundtrack. What I looked up just now sounded very industrial, which isn’t always the closest thing to metal. (There are bands who straddle the two, including Strapping Young Lad, The Axis of Perdition, etc. The result tends to be very abrasive.)

Also, for metal music in video games, you could try Doom on for size. Almost every song from the original game was either heavily influenced or straight up ripped from metal songs, and the new one has some of Mick Gordon’s sick djent.

What I’ve heard of Mick Gordon’s Doom soundtrack sounded very nu-metal and, yeah, djent. What I hear of Mick’s metal-flavored stuff in general usually seems to lean nu-metal. (On second thoughts, Aganos’s theme is really an exception to that. God, Aganos’s theme is great.)

Djent is something I can really take or leave (mostly leave), but there’s still a part of me that actively despises nu-metal. Not necessarily the music – it’s hasn’t been my thing for many years, and I think most nu-metal leans pretty shallow technically which is where they lose me, but each to their own, taste isn’t solely about technical chops, etc – more-so the marketing behemoth that formed around it. You had these bands spanning things like Linkin Park on the radio-friendly side, through Korn and Disturbed up to Slipknot on the edgier side, and it was always played as though metal as a genre consisted of the old greats like Sabbath and Iron Maiden and Pantera and Metallica and Slayer, and then kinda died after around about, say, the late '80s, and then someone like Korn brought it back in the mid '90s or so – this despite the latter really not really bearing much more than a superficial resemblance to the former. The craft is just really different: the former are really these instrument-driven technicians, they lean on very melodically complex riffs and leadwork and solos and a pretty vast and difficult playbook of distortion guitar and percussion techniques, and bluntly, neglect vocals as a serious instrument; the latter are very vocal-centric, their riffs are very monotone and simple and mostly rhythm-driven, their craft is more of a variety of pop or sometimes rap that exudes a metal aesthetic.

What really happened to the craft of those old bands is, it kinda went underground and forked in several directions: mostly American bands like Morbid Angel and Death and Suffocation took what Slayer was doing and made it into this lower-tuned, heavier and grindier thing that became death metal (this subgenre has mainly gotten more brutal and/or more technical as it’s matured and gotten more commercial, though some of it is tamer); bands like Carcass and Dark Tranquility married that emerging death metal sound with the harmonized, dual aeolian melodic leadwork from the likes of Iron Maiden to birth the Swedish melodic death metal scene (check out Arch Enemy and Amon Amarth for a sense of where this went); and bands like Bathory started playing this high-pitched fast-tempo tremolo-picking stuff that would go on to be codified in Norway as the notorious black metal genre by the likes of Mayhem and Immortal. (More listenable contemporaries include Keep of Kalessin and Watain.) This is the kind of stuff I meant when I said I struggled to think of an extreme metal soundtrack in gaming. You get tens of thousands of dedicated fans flying out to huge festivals around the world like Wacken Open Air each year to see this stuff (and plenty of those people are gamers) but it’s really hard to think of examples in gaming that draw on the craft of it in any meaningful way. I don’t really expect them to either, but it makes Gargos’s theme all that much more special and rewarding.
(EDIT: if you can’t see, most of the above band names are links, as are a few other things.)

Gargos’s theme straddles the blackened thrash area just off of Slayer, to my ear; Tusk’s theme sounds like it wants to be more like that Amon Amarth song linked above, but the techniques are lackluster, it lacks the deep, layered tremolo harmonies that makes Amon Amarth such a superior production. Whilst I don’t expect extreme metal in my video games, when I listen to a theme and think “that’s just a worse Amon Amarth song,” it’s kinda sad.

Anyway, I hope this answers a question that was…sort-of asked?

Gargos and Eyedol. Kim Wu’s theme sounded like Tusk’s Theme, which sounded like Rash’s theme in terms of Key (music wise), which is pretty annoying. I miss Mick Gordon.

They are all pretty good, but Arbiters is my fave. So epic!! And I don’t even play Halo…

Another one for me IS RAAMs theme.

I can’t believe they have still not fixed the link color issue.

I imagine it is literally one line of CSS somewhere. They customized the rest of the forum to be in a visual style they want, so clearly it’s customizable.

(Edit: I figured out how you can change the link color yourself with 1 minute of effort, if you’re interested check this post out: Change link color (NEW: Easy user way to do this until a site fix comes))

too guitar heavy in general this season, not a diverse season but still decent

For the best, I had to go with Arbiter. I think his theme represents his character and his franchise on a whole other level compared to the other characters. I could say the same things about Tusk and Gargos but I still think the Arbiter theme pulls it off better.

It really did help that Tom Salta worked on Halo 2: Anniversary’s soundtrack.

Honestly, for as much crap as S3’s soundtrack gotvbecause it wasn’t Mick doing it or any other reason, I look at all of those characters and I think of the music for each one and I think they’re all great.

I picked Mira, but it could just as easily have been any of them.

I would say my tastes lean toward hip-hop, pop, and funk (feels weird to try and define my tastes after going so long without thinking about genre labels)…considering how much of the KI soundtrack has flavors of metal, it’s not really the kind of stuff I usually listen to. Still, it’s very good music, so I enjoy it a lot.

As for my favorite tracks? Probably either raam or eyedol’s theme. For raam, I love how it blends a really heavy sound with something more melancholy and soft. It feels like it’s echoing the theme of the games–sure, on the surface they’re very loud and all about the scream of spinning metal and grinding up grunts in the great machine of war, but they bring to life a surprisingly genuine bleakness and sadness if you really get into them. IMO it’s a very faithful theme for the series it pays tribute to. For eyedol, coming from the perspective of a person that had actually never listened to eyedol’s original theme, I was gobsmacked by it. That dark, electric, synth-rock feel it has is about the last thing I’d expect to be the theme for a big dumb ogre with two heads. But it just works, it’s an amazing piece of music and definitely a standout track for the soundtrack as a whole, not just season 3. When it quiets down just a bit, only for the KI theme to ominously cut through…I get chills. Absolutely fantastic.

As a personal thing, if there is a fourth season (fingers crossed) I hope they have more songs in the musical region of TJ’s theme. It’s still the best song the game has to offer, IMO.

For eyedol, coming from the perspective of a person that had actually never listened to eyedol’s original theme, I was gobsmacked by it. That dark, electric, synth-rock feel it has is about the last thing I’d expect to be the theme for a big dumb ogre with two heads. But it just works, it’s an amazing piece of music and definitely a standout track for the soundtrack as a whole, not just season 3. When it quiets down just a bit, only for the KI theme to ominously cut through…I get chills. Absolutely fantastic

One of the best, no doubt

In order from BEST to Meh…

I didn’t find any of the tracks to be outstanding or great TBH but I understand that in comparison to Mick, AP&C are horrible but they did an okay job IMO. If there is a S4, hope Mick comes back.

But I’m a rare guy: I love Riptor’s theme 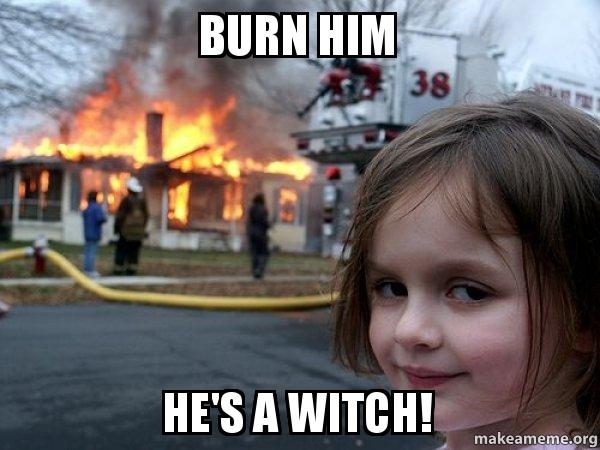 Gargos’ theme is good to me but it takes really long to get to the hook on the soundtrack which is bad IMO cause it should be introduced very shortly and should occur frequently in the theme as soon as it starts.