What do you guys and gals think he’ll get?

I’m betting the 3 points of customization will be his mace (duh), his armor and his legs. Maybe something on his head…

As for sets, i’m hoping for something with pointy metal armor, crazy lord of the rings looking stuff.
For skins, I want a green one for sure. Thankfully he’s looking like he’ll have skins like Hisako, in crazy colors.

I know one of them involves a warlord skull accessory set because the “you have unlocked…” Popped up during eyedols breakdown.

That’s pretty awesome, wonder if that’s a head item or a replacement for the skulls on his belt?

Hopefully one of his alternate weapons is a hammer. Still thinking he’ll get some kind of Doom inspired cyber alien accessories, if not then whatever.

I want something that’ll make him look like an orc from Warhammer 40K.

For his modern how about some Warhammer style chainmail and armor? 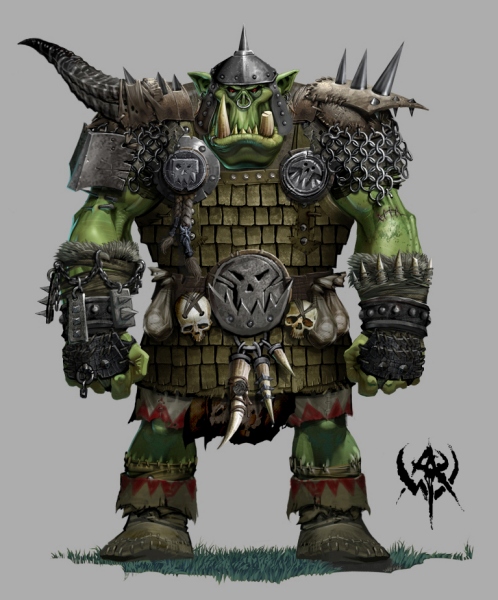 And for his retro how about a medieval armor similar to this: (art by nkabuto of deviantart)
Throw in a pair of helmets and that would be pretty badass.

I know, I’m a disgusting person

Lol what up kev, what accessories are you hoping to get with eyedol?

No, the futuristic orcs with gunz and chainsaws.

Fingers crossed for a One Eyed Doll t shirt. It would be perfect and adorable, great juxtaposition lol
Also, various horn designs would be rad. Maybe different armors or weapons based on things like Doom’s Cyberdemon or Warcraft’s higher ranking warlords like Grom Hellscream or Thrall.
Maybe a set based on monsters and demons from classic mythologies around the world, like Baphomet or an oni. Hopefully he’s like retro Cinder and gets some serious accessories for the retro.