Dumb and stupid games (In a good, fun way)

What games you played AND seen that you find to be dumb and stupid but are done in a good and fun as well as cheesy way?

If you have never played an old Xbox original called “Whacked”, i feel sorry for you.

That game was TONS of pure stupid, ridiculous, over the top, on the nose, slapstick, self aware, ironic, crazy FUN.

I hope it gets brought back, or that i can some day play it again. 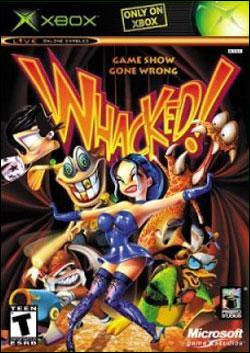 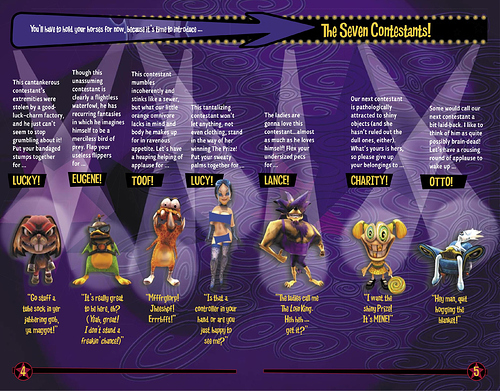 If you have never seen this game, you should watch a playthrough.

However, dont have a modern attitude. Dont be a game critic. Just view it through the eyes of a fun loving child. If you watch it with high expectations, like MOST people do today, you may be disappointed. There isn’t much in this game, but what it DOES have is a PURE good time. Especially if you play with friends.

this game got very bad reviews, and killed its creating company…
That hurts my heart to read.

But trust me, a fun game for sure. If it were announced today as an indie game, i think it would do well.

(Whacked! is a party video game developed by Presto Studios and released in 2002 by Microsoft Game Studios exclusively for the Xbox. It is a gameshow in which creatures compete for the Prize, whatever they wish, by hitting each other with objects such as missiles, hammers and pitchforks. Whacked! was the last game developed by the now defunct Presto Studios.[1])

CoD, BF angry birds. Neither of these however were in a good way.

It was an amazing form of hide-and-seek that had TONS of strategic things to master.

Can you name a better video-game version of hide-and-seek?

(for example the “Ghost Busters” custom gametype in Halo 3!)

It was an amazing form of hide-and-seek that had TONS of strategic things to master.

You’re talking about this one right?

The multiplayer was really fun. Especially if you had a good opposition.

Well the predator was basically OP combined with it’s almost near undodgeable plasma cannon, it couldn’t be stunned like the alien and it had the most health of the species. Not to mention 90% of the playerbase wanted to play the predator and nothing else.

I didnt get too deep into it. I think there was ways to do good against the Predators, but i never figured it out. 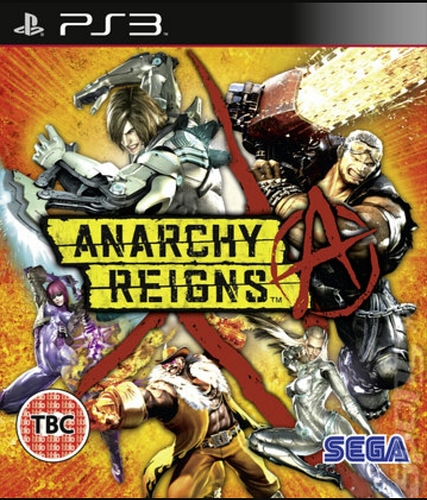 A very fun, yet also buggy, brawler. Only flaw I had with it, no local multiplayer, and online can be pretty empty most of the time. Other than that, pretty fun game if you find it for cheap.

I did. It was annoying. I used to play predator but then switched to alien and marine because it was more of a challenge and fun. Although from time to time I did play pred because I liked spearing people.

Yes, good game. I liked the music too. My mains were mathilda and durga and his bot Garuda. I also liked Blacker baron.

“You owe for this woman, you AND that chainsaw wielding psycho massacring friend of yours!” or

Jack: What the hells that?
Baron: Motherer are you blind? That’s a god plane coming down on your ■■■!"

My favorite line from the whole campaign lol.

“We don’t ridicule, we get rid of foos. smiles”

I’m torn. You could put most Old School Shooters on a list of “dumb games”. At first glance it’s the simplest concept on earth. “Make the bang bangs go into the bad guys, maybe say a quip. You can also run at the land speed record and carry a dozen weapons on your back. Also the REAL final boss is hidden inside another boss’s head. It’s one of our dev’s heads on a stick, LOL!.”

But compared to the Chest-High-Wall Safaris we get these days the gameplay was absolutely genius by comparison. Instead of a linear corridor or a nice gentle sandbox, you were trapped in a carefully crafted labyrinth where rather than hiding from enemies you had to rush into battle to push through. Resources were scarce and health kits scarcer, so you needed to explore and hunt for secrets to survive. Every weapon had a purpose, and you needed to constantly switch between them to survive.

Games like Doom, Duke Nukem 3D, Shadow Warrior, and Serious Sam may have been the epitome of 90’s cheese and ultra macho heroes who are either crude and offensive or criminally insane (RIPANDTEAR RIPANDTEAR RIPANDTEARRIPRIPRIPRIPRIP), but they were self aware and crafted with love and had innovations that started a cultural phenomenon and design that most contemporary developers just can’t match up.

But it’s still dumb in the way that you can just lose yourself and go nuts when you get in the groove. Reckless abandon ahoy!