Well folks after Cinderella and most recently Beauty and the Beast, it looks like now there is going to be MORE NEW live-action remakes/adaptations of classic, popular animated Disney films after all.

Here are the Disney films (so far) that will soon become live-action remakes/adaptations:
Mulan 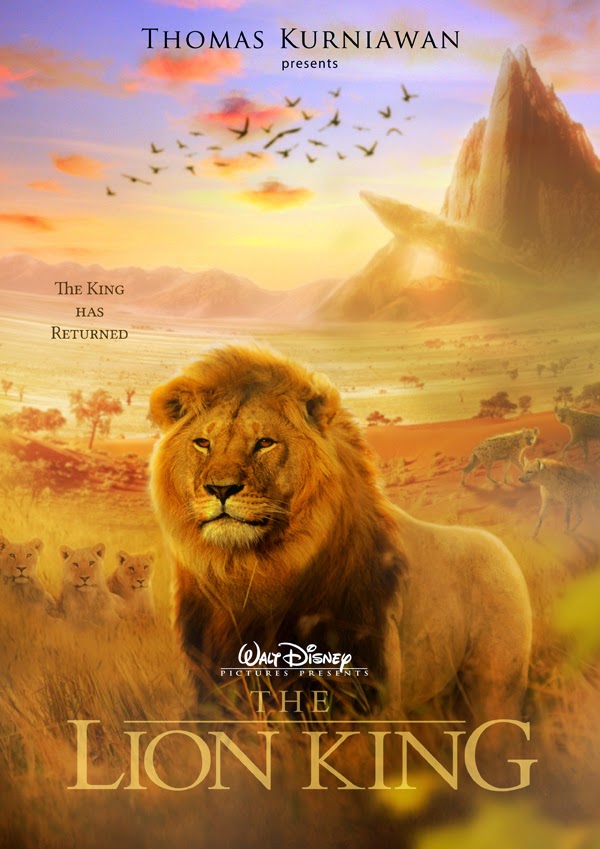 If LK is anywhere as good as the new Jungle Book I’m super excited. I’ve seen LK broadway version a few times and my goodness that was amazing.

Mulaaaaaannnn!!! (Mushu style!).
Whenever I see Kim saying she has a dragon that “Mulaaaaan!!!” comes to my mind XD

But I’m kind of scared about the Lion King. What a great movie! I wouldn’t like to see it ruined because of they using other technology. I didn’t like The Beauty and The Beast, which I believe it’s a wonderful animated movie.

I liked the Jungle book (I was a fan of the Japanese-French show too). But it could have been better. I’ve heard they said the animals were supposed to look realistic even in expressions. Well, then give me a dcoumentary for the Lion King! because the animated expressions were from another galaxy and also defines de character.

I felt that the Jungle Book lacked some details that made that story great, and had others that weren’t necessary. Visuals were amazing, nothing against that.

The idea of revival is good, but the movie meant a lot to me and I’m afraid I’m going to be dissapointed if I keep high expectations.

PS: Singing and dancing on realistic movies doesn’t look that cool like the traditional animated ones. But it’s my opinion (I didn’t enjoy the songs at all in the new Beauty and the Beast u.u)

Ok but I demand an animated version of Homebound and Flubber.

rowan atkinson, comedy genius as zazu replaced by a moron. john oliver. what a joke

Is anyhting confirmed yet? I can’t find teasers either

Don’t worry Maru, we ALL are. Overall as the old saying/expression goes, “Misery loves company”

Anyway, I can assure you I will watch every one of this remakes. I love them all!

Hold on, Maru; didn’t you just said that you DIDN’T like the Beauty and the Beast as well as The Jungle Book live-action remakes/adaptations?

I liked the Jungle Book, but it could have been even better.
Didn’t like the Beauty and the Beast much (Gaston was the more faithful to his original character).

I want to see the new ones, but I’ll keep low expectations just in case ( I still like going to the cinema). I really hope they transfer the feeling the original ones had.
For instance, they should not make the animals in the Lion King “singing and dancing” if they go for a realistic movie. I think they should find new ways to tell the story in a way it fits the style they are looking for. Theather does great for musicals, same with traditional animation. Epic scenes, background music and good dialogue may work for a realistict type version. I just don’t want them to carbon copy the other styles formula and make a bad translation. Just in case…

Anyway, it will be hard to beat this

Or maybe not , we will see!

(technology allows it, lets see how far they can push their skill and imagination to amaze us, the spectators).

Oh boy, I’m feeling quite mixed about these reboots. On one hand, I don’t mind revisiting and reinterpreting them if they got interesting ideas. On the other hand, I wish it wasn’t on these 90s animated films. Older films I don’t mind, they can use a little more updating. But for me, it feels kinda cheap to go for a live-action version on the 90s animated films (which are for the most part, terrific films) after just 2 decades.

Hmm, I thought The Little Mermaid was next? That would be one of the most interesting Disney worlds to see in live action, they’d need to find someone every bit as sweet as Ariel though, which could be a challenge, plus I can’t think of anyone else as her aside from the amazing Jodie Benson, though one or two girls who portrayed her on stage were pretty good.

Zazu is the parrot

From which Disney film exactly?