This is so awesome!
I’m one of the few who loved DmC: Devil May Cry, but I knew after the fan outcry and rage around it that we would most likely never see a sequel to that. So when the rumours about a DMC5 was around, I was so skeptical. But as it turns out, they were right! Devil May Cry is back!

The trailer shows us Nero and a female companion. Funny enough, Nero kinda looks like DmC Dante this time around, but I think that’s a good thing. Nero has his demon arm replaced with a cyborg implant instead. A hooded figure (possibly Vergil) removed his demon arm, but Nero appears to still have his demonic powers which he uses through his new cyborg arm.

And we see Dante drive onto the scene at the end on his motorcycle. Possibly after he went to Hell after DMC2, which is canonically where Dante went last. He has a beard this time around, most likely to show he’s aged, so this theory could be true.

I hope we will see Trish, Lady AND Lucia as well in this game, and hopefully have all of them playable along with the boys, Nero, Dante and Vergil. That would be my biggest wish for this title.

It looks good, though I’m not a fan of Nero and him being the main protagonist has me kinda disappointed, however, he looks cool and it seems like he’s left his whiny self back in DMC4.

Capcom is slowly crawling out of the hole they dug for themselves with all these returning titles, and it warms my heart. 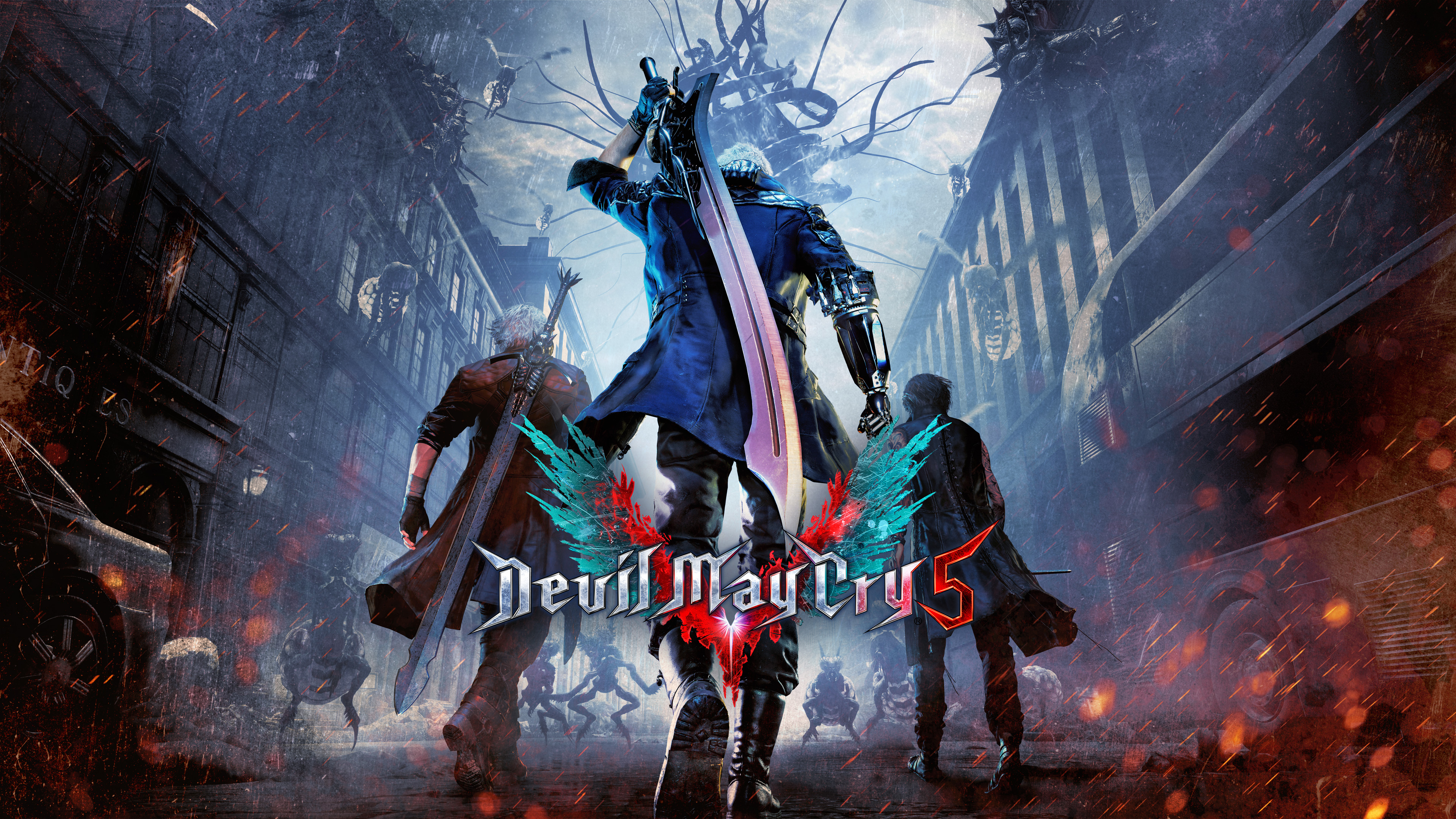 I really don’t care thats not a sequel to DmC… but it was my favourite in the series so I do hope that DMC5 learns from DmC… otherwise… what would be the point ?

Also… first thing that came to my mind when I saw Nero… BIONIC COMMANDO !!!

DmC was also my favourite, and I honestly think that Nero’s redesign is made to appeal to the fans of DmC Dante. The short hair, the hooded-jacket, the overall style looks very much alike. And I think that’s awesome, because I really didn’t like Nero in DMC4 and the fact that he looked like a Dante clone.

But I’m a big fan of his new looks: Also, it seems like there will be 3 playable characters, those being Dante, Nero and a new character who is the one to the right on the poster above. He looks very edgelord-like… which is PERFECT for me! XD
Can’t wait to learn more about him.

I never cared for Nero in DMC 4. Looked like a Dante 2.0; I mean I understand Nero is like his nephew or something, but he looked too much like him. As far as the DMC: devil may cry hair cut. It looks good as it make him look different from Dante. The game play seem really fun, but the whole realistic as possible graphics i’m not that into(never really cared for the realistic graphics in games, especially when the graphic are looked upon as outdated in a matter of 2 years or so.) Especially the smile on that girl looked creepy and dante’s face looked questionable( they didn’t show his face up close, so i’m not sure. I can’t tell much from the trailer as I never been too hyped from a DMC trailer. I always got excited after playing the latest DMC game for the first time. I get a feel of game play, story, weapons, and characters from playing it. All in all I feel it’s on the right track for the most part. I just wish they bring back lucia, and I hope Lady and Trish is on the game. I don’t they will have their own personal story lines tho.

Well I’m definitely interested in it, I do like how Nero doesn’t look like Dante 2.0 anymore, though he does look suspiciously like DmC Dante now, which I have no problem with but still seems weird (maybe they wanted to try their own hand at the DmC design?). I wonder how they’ll expand his gameplay, since Nero in DMC4 was designed to have a “quality over quantity” moveset focusing on just 3 weapons.

On a sidenote, what does everyone think of the graphic style? I’ve noticed some people on Youtube expressing dislike at the more realistic graphics, but I actually prefer it (I always found crazy action stuff with a realistic artstyle to be more appealing for some reason).

To be honest as I aforementioned I don’t like the more realistic look; but I’ve been thinking about it and I realized I didn’t really like the DMC4 style either when I first saw it. So maybe I just need an adjustment period like I did with DMC4(I like the graphics of DMC4 now btw). Just may need more of an adjustment period.

I hope Kyrie comes back as something better. It won’t be the same without her for Nero.

I absolutely hated Nero in DMC4, how he acted like a whiny teenager and kept crying out Kyrie’s name. Changing Nero up is the best thing they could do with him, so if Kyrie appears, I hope she will be completely changed up as well. The last thing I want Capcom to do is to have Nero go back to be like he was in DMC4. If that means there will be no Kyrie in this game, then I’d gladly never see her again.

I was certain that Nero was the emo Dante from DMC. I was so confused when they said Dante showed up at the end. I played the beginning of DMC. It seemed good. I mean the series more or less invented the modern action game and it’s always been solid. But I haven’t really been into the series since the first one. Still, it looks like there’s lots of potential here.

It feels like a mashup of both universes, and I don’t know how to feel about that just yet. The audio was kinda terrible in the trailer but i did hear him say Kyrie again which is a little worrisome, that dynamic was not entertaining in 4.
I hope the combat isn’t a reinvention in the style of God of War and that the world is big, more to do than just 20 odd missions.

Infact it seems like its starting to become a trend… Darksiders 3 is doing it too. They’re using a TPS Style camera for a melee combat action game… some bosses couldn’t fit in the Screen. 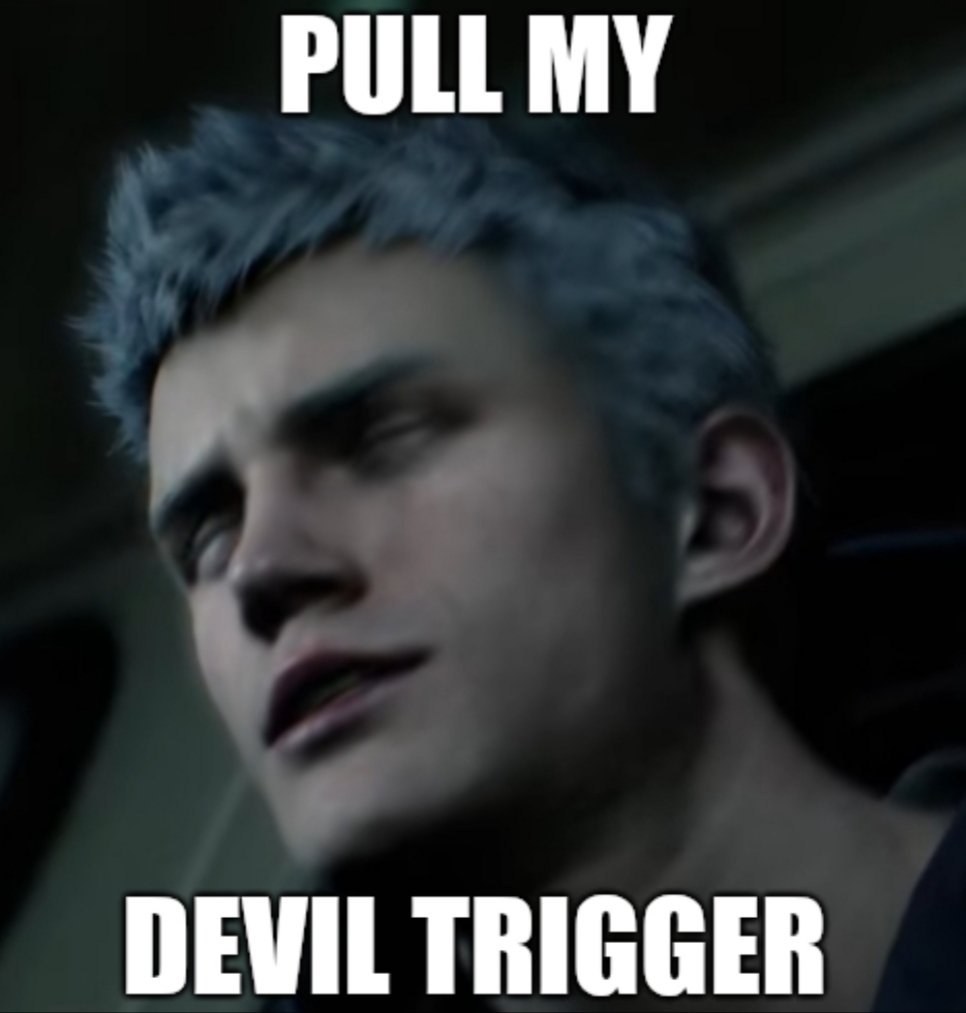 It’s a good song, no doubt about it… but I miss Combichrist.
Not a fan of the reveal trailer theme being a pop song…

but I miss Combichrist.

Pop song? The theme song sounded more like a mixture of techno-rock, dubstep, and symphonic metal at least to me, that is

He made the theme for DmC. Love that song!

And yeah, after listening through the entire song, I can hear that it’s not a pop song. But when we saw the initial trailer, it really sounded like it, imo.

Here is also the official music video to AND for Devil Trigger featuring Ali Edwards herself in it. Enjoy folks. 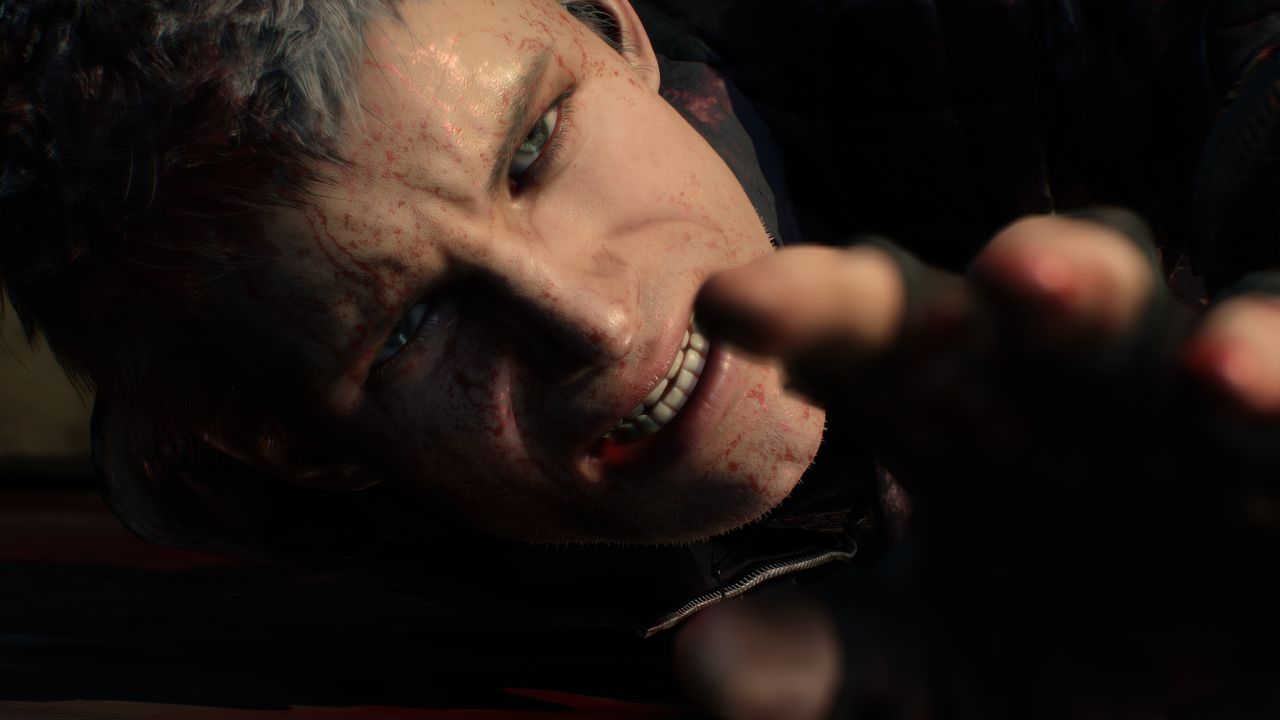 Check out the default Devil May Cry 5 controls - VG247

These are the Devil May Cry 5 controls gamescom attendees will be playing with next week. 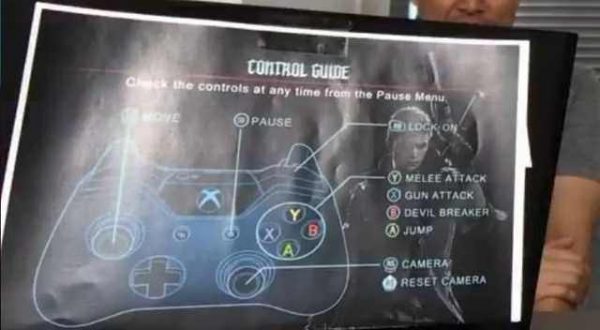 A Dedicated Lock-On button… I don’t like where this is going.

I mean… I shouldn’t panick… its Dante’s Control Scheme that I’m most concerned about.

Dante always retained kinda some optional utility lock-on system, he’s had it since DMC3 (I believe in that game it was mapped to R3, but it’s been too long since I last played that game). Nevertheless I overall highly doubt they will change the core mechanics so differently, especially since this is intended to be a return to form for the series.

Besides, lest our obsessed developers betray our requests, negating expectations (which if they’re smart they won’t), then I’m sure we will have a game worthy of the name Devil May Cry without any mechanics that accidentally turn it into another genre altogether. Keep in mind the main director has supposedly pushing for this game’s existence for a while, so I doubt “turn the game into Souls” is part of that agenda.

Nevertheless I overall highly doubt they will change the core mechanics so differently, especially since this is intended to be a return to form for the series.

Yeah… but…isn’t this so typical of Capcom ? How many President Evil Remakes have they made now ?

It would ve nice if they tried something different and actually stuck with it… Fans Be Damned !!!

I’m sure we will have a game worthy of the name Devil May Cry without any mechanics that accidentally turn it into another genre altogether. Keep in mind the main director has supposedly pushing for this game’s existence for a while, so I doubt “turn the game into Souls” is part of that agenda.

Yeah they already tried that with Dragon’s Dogma’s Dark Arisen Expansion… I know its nothing like a Souls game but it did feel like thats the direction they were heading with the Spongey Enemies and Claustrophobic Spaces that ■■■■■ up the Camera. Luckily just like all the other copy cats… it didn’t really pay off so I doubt they’l be trying that one again.

I personally don’t want a game thats worthy of the DMC name… I just want a good game. I feel like DMC5 would be better by not trying to be DMC4 2.0.