So, while looking around on the “Resident Evil” wiki page, I couldn’t help noticing some of the ideas and deleted characters that had been dropped from prior games, and because of that, I couldn’t help wondering what KI’s were.

Here are the known characters so far in terms of dropped characters:

Midas - a wizard-like character. You can find concept art for him by Kev Bayliss on his channel

Bad Cop - this character is actually featured in Cinder’s arcade ending. He has been modeled, but dropped from the roster. 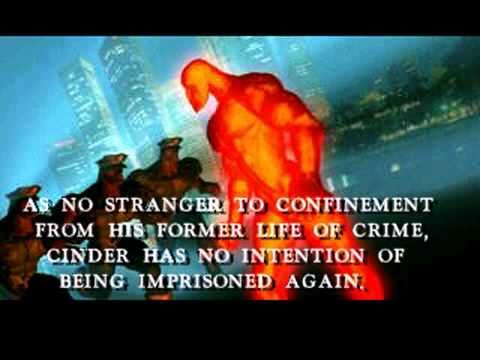 Hockey Player (unknown name) - Again can also be found in Kev Bayliss’ concept art on his channel. Interestingly, the character had been modeled, but there are no indications as to how he would have played, let alone what the character’s name actually is. Apparently he had been dropped in favor of Sabrewulf due to their similar body sizes and stances.
Tremor - a dropped boss character that had been modeled and who was described as “the God of Thunder”*. No other details in terms of what the character looked or played like.
Wanda - technically this was pre-Orchid, although a bit more stripper-esque.
“Tiger Man” - also featured in Kev Bayliss’ concept art video that depicted a street tough wearing a black Tiger shirt. Possibly may have been an early form of Jago, if not influenced his character connection with the Tiger Spirit in the resulting game.
Gunn - a military/Rambo-style dude with bandoliers, pouches and military fatigues who would have fought with an uzi or two.
Vampire - everyone is largely familiar with this one.

If anyone knows of other deleted characters or other details relating to these characters, let us know. What do you guys think?

*EDIT: It only occurred to me just now that the title of “God of Thunder” might not necessarily mean lightning and thunder, but perhaps relating to Thunder the character. Do you guys think this could be the case at all?