Dark Souls 3 (SPOILERS ARE BLURRED. VIEW AT YOUR OWN RISK)

Didn’t realize it is out in Japan already. I can actually buy and play it now

Anyone else except me @Fwufikins and @BigBadAndy 's brother interested in playing this?

Really looking forward to this. (and after that Quantum break, can’t wait!)

Good memory. I know my brother will have this at launch in the US store. @TempusChaoti tweeted out that he got it from the MS Japan store.

Yeah, luckily my Xbox is region free. I think I will pick DS3 up tomorrow. 35% chance, whatever that means, lol.

(being a real max payne fan, I must say that Quantum break is what I am really looking forward to. might have to hold on to my yen until I finish DS2 and Quantum break)

I’ll be picking it up when it launches on April 12th in the US.

Looking forward to playing another super-heavily armored “tank” build. Take the hits, return pain. I heard the co-op aspects are supposed to be a lot better this time, easier to team up with friends. Is that true?

If co op is indeed better then I may well grab this to play with my brother.

I just looked it up; the only important detail now is going to be your Level. There will also be a “password matching” system where you and I both set an 8-character password, and will only be matched up with other players with that exact same password. You can have three co-op phantoms join your game, and two invading attackers as well, meaning 6 total players in a single game at once.

You can’t summon allies in an area where you have already defeated a boss, and killing a boss returns the ally to their own world. There’s nothing stopping you from killing the boss in the first player’s world, then having the second player summon the first and killing the boss in their world, then progressing to the next area and teaming up again.

My uncle and I ran into this problem, as he is retired and had much more time to play, and gained lots of souls through helping other people kill bosses. This meant both his level and Soul Memory were much higher than mine even though we were at the same point of progression, and we were never able to co-op again.

Now that Im half way through Lords of the fallen…Im very interested in Dakr Souls 3! a few months ago I couldn’t handle this type of game… I dont have the patience for it…but Im getting better!

Im going to get Bloodborne again…I regret taking it back after only 30 mins of trying it and utter defeat.
Some of the images I seen this morning in this video really got me hyped! it looks amazing!!!

Now that Im half way through Lords of the fallen…Im very interested in Dakr Souls 3! a few months ago I couldn’t handle this type of game… I dont have the patience for it…but Im getting better!

I told you, just need to wear your big boy pants. Don’t worry, I’ll be there to save you in DS 3, and we’ll use @TheNinjaOstrich as bait.

Side note: I’m picking up the special/collectors/boxed-with-a-statue edition. I don’t do “unboxing” videos, but if people are interested in seeing the physical components that it comes with, I’ll snap some pictures as I open everything.

Awesome! So what the difference between DS 1 and 2? Ive read some things about hwo 2 isnt that good and that its not the same guy that made 1 and 3.

I don’t think you need to play the others to understand the story - I think there’s a similar theme and they’re connected in some way, but each game is like its own bubble world.

Personally, I liked DS 2 more than DS 1. Both were really great, but having beaten both, I think I had more fun with 2.

Cool! I will check out 2 and Ill get 1 with the backwards compat deal of DS 3

Have you beat Bloodborne?

I have not - no interest in owning a PS4, personally.

Can you believe the insane price of the prestige edition? My my my.

The Souls games have a cryptic Anime type plot that, imho makes no sense. What is unarguable is that there are no overarching plot threads from one game to the next so you can jump into the series whenever you feel like it.

What is unarguable is that there are no overarching plot threads from one game to the next so you can jump into the series whenever you feel like it.

While this is definitely true, haven’t they said that there is some sort of underlying lore thing which is causing all these kind-of-similar Undead events in each of these different worlds?

Honestly I don’t know because I don’t keep up outside of the games themselves. But for sure Dark Souls 1&2 don’t share any recognizable plot thread that I can discern.

I’m not trying to sound dismissive or critical. I think too many series try to weave elaborate and connected plots that don’t actually add value to the gaming experience. DS games are about large elaborate and deadly worlds that play almost like a puzzle game that you need to solve without a lot of hand holding from the game giving you advice. The plot is really just decoration. I, for one, never really understand what is supposed to be going on.

Cool! I will check out 2 and Ill get 1 with the backwards compat deal of DS 3

Actually I purchased a DS2 official art book in Tokyo a while ago. It told me “buy me, son. no one else will” it’s awesome. I will post some concept art but for now trust me, it’s cool. 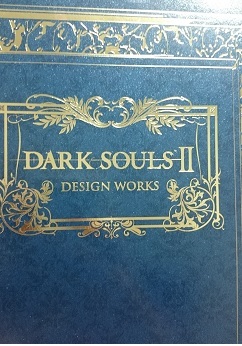 Did they ever release something like this in the US too?

Ive read some things about hwo 2 isnt that good and that its not the same guy that made 1 and 3.

Demon Souls is my favorite along with DS2. It took me a while to get into DS2 but after some initial trouble I got into a groove. Still haven’t finished DS2.

I still cry about the fact that Bloodborne isn’t on XB1. I fully bought an XB1 expecting no console exclusive nonsense, boy was I wrong.

I love the souls series but I spent the money I had on S3 ultra edition. so I won’t be able to have my soul crushed and grounded to dust like everyone else here. So I’ll ask you forum members to not let your sodium levels get too high while playing this game.

Can someone recommend this game to me, assuming it fits my standards?

I liked the look of Bloodbourne but never had a chance to play it, since I don’t technically own my own Ps4. The only Dark Souls I played was the very first, which I only played for five minutes. Reason being that it was outdated and I didn’t understand much about lore or the inventory system.

As for this new one, it looks great and like a solid game - I don’t much mind the difficulty since I heard it is tougher. But is the lore somewhat easy to get into here or is it way off now? Also are their ways to learn the game with a tutorial like system for newbies like me?

Any good pointers, unique things about this one apart from others. A place to read about the lore of the Souls series?

If i were you I would try out Lords f THe Fallen first…this way you get a good understand of how the game works and the difficulty…this will prepare you for the release of DS 3. Its free right now and its the closest your going to get to DS for free.

Ive never played DS and I love Lords of the fallen so much that Im preordering DS3 this weekend!