The page with all the information on it (which is definitely a work in progress) will be displayed via a link to the site the KICG is hosted on. This page might eventually become part of the KICG, but for now it can be found here

Since this isn’t artwork or videos, I thought it best to put this here.

For a little while, I’ve been doing some research into how to design a hitbox-style controler (with a few adaptations of my own choosing) to primarily play KI on as well as other games. I purchased the parts for this build from an online retailer and put everything together with some sighted help. However, I must stress that this is not complete and there’s a few tweaks I have yet to make to this.

I’d started looking into building a controler of my own a comparatively long time ago. After trying to work with PS3 and X360 boards (as at the time the then next-gen consoles hadn’t even really been announced), I realised that it would end up just being a test to see if it was even remotely possible.

However, this custom controler was actually specifically designed as a product that could be used to play games to a relatively high level, including KI. When I actually started looking into the finer details of such an undertaking, probably around the time I started playing KI in Ranked, I’d probably had ideas about this design floating around and everything began to take shape relatively quickly. However relatively recently as of the time of this post, a large amount of the ideas, concepts, theories etc have taken shape as you’ll see from the images below. But first, a little more on the components.

This controler was designed for multi-console compatability, though I had to sacrifice wireless functionality. It uses the Brook Universal Fighting Board (UFB) which currently as of the time of writing supports PS3, PS4, PC, WiiU (only for Pokken Tournament), Xbox 360 and arguably most importantly from KI’s perspective, Xbox One, all through autodetection which I have tested and has worked flawlessly so far. I purchased Seimitsu ■■■■■-in buttons as well as some wiring and a daisy chain to ground all the buttons to the board, which works via ■■■■■ terminals for the majority of commonly used functions.

The images on the above page show the controler so you can get an idea of what I’m going for (the images weren’t taken by me and will be updated as I’m able to show new concepts and existing elements of the build).

Could of just gone to the shoryuken forums tech talk and got a keystick;) 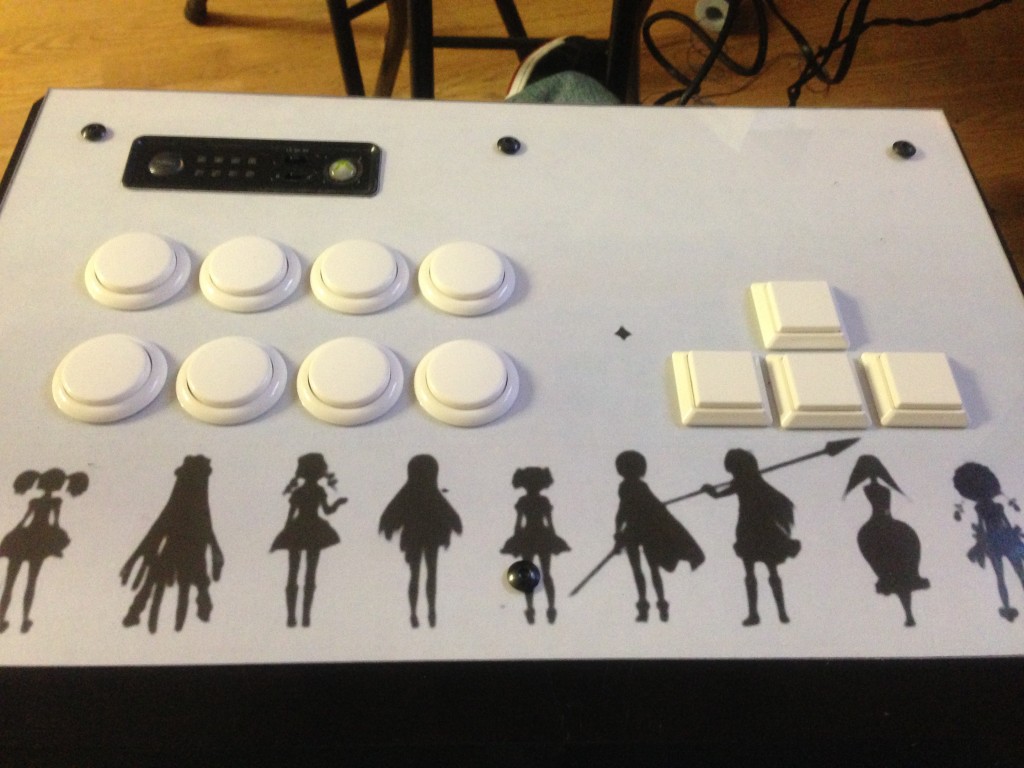 This uses all white sanwa buttons including 4 OBSF-24KK buttons for the directions. This is modded with a TE Kitty for multi console support and also uses a Toodles SOCD cleaner. This required a custom metal panel and plexi from...

several issues with this suggestion, though I appreciate it: