Living in Japan has given me some insight on how creativity is pushed when in relation to fighting games. Over the years games like Virtua Fighter have implemented a system dedicated to unlocking costumes through various modes, and allowing the player to buy extra accessories using in game money.

This feature was what really made VF shine both in Japan and in the west for most of its lifespan, so perhaps KI could take a few notes from Sega’s book. While the process may be long, it would still prove worthwhile, since having the chance to purchase an extra costume via ranked mode (or any mode really) is rewarding. KI at this moment does provide a customization section but it is truly lacking in every single area, that it’s not really worth spending any time with.

Japan is all about customization, and so if KI ever wants to really see more growth with the scene here in Tokyo but also globally, more efforts should be made to incorporate these types of extra features.

There could be an incentive in this as well, where lets say, a premium costume package can be purchased for 4.99 for Fulgore, but you can still unlock his accessories for free via various modes. Not only would this help appeal to casual players, but even vets to the game would surely enjoy adding some personality to their favorite character. Having that extra costume that can only be bought with real cash would rake in more funding for KI, and go towards pot bonuses for tournaments which all contribute to the growth of the scene.

As you can see, there are types of costumes ranging from A-S. Maybe KI could follow suit, but after S type there would a “Killer” type that can only be purchased with real money.

I’ve always been a fan of the VF series since it’s first iteration, and so I feel like IG and the crew could easily make this happen through proper planning, and perhaps even maybe branching someone out in Japan for market related research.

Viewing the photos above and below, you can see that most of the selection of outfits are just copies of an original with color swaps to give more variety. This in depth selection just breathes more life into a game that shows an enormous amount of promise going into the new year, because it is one of the very few games that strongly support online play (and a fantastic online system at that).

While I don’t expect this to be flushed out anytime soon, this is something I think we should really try to bring more attention to, since it’s very appealing for lots of people. While some may find the accessory choices bland, a large handful of others find it to be truly satisfying because you stand out with your character, and that becomes your signature image going into events, tournaments, etc. 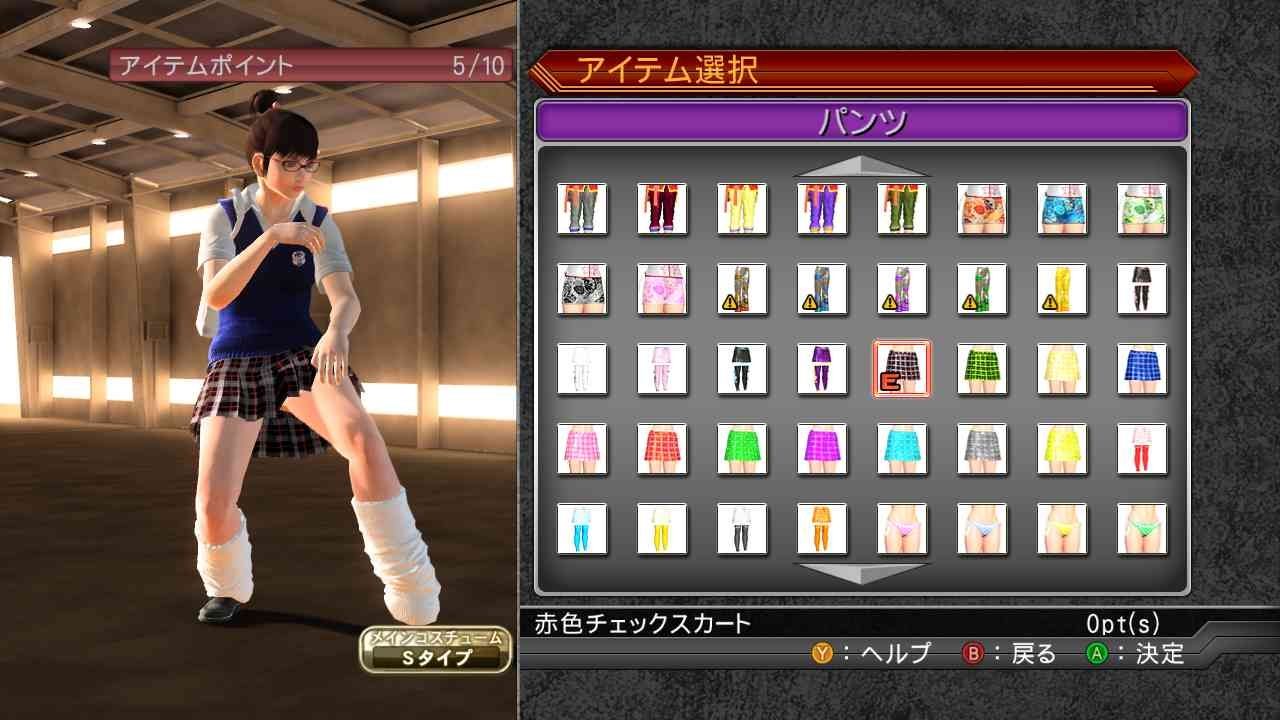 So something interesting just popped up as news on eventhubs pertaining to the creativity of generating more costumes for fans.

Want to design a costume for Dead or Alive 5 Last Round? KOEI TECMO holding...

Do you fancy yourself the artistic type? Are you a fan of designing alternate looks for your favorite ...

KOEI Tecmo just announced that they’re reaching out to fans to help them design a new costume for Halloween. This is a perfect example of what IG and the crew should really put their focus on, since this could potentially raise a lot more attention.

KI already has a customization section, but it pales in comparison to that of other games which have either been out much longer than KI (Virtua Fighter) or that are currently on the market (Dead or Alive) which is not a good thing at all.

We need more input with regards to this @FiyahLiger @IronGalaxy

Yes, I very much like customization, and I wish there were more options for it in this game. And I am okay with having some of them only be purchasable with KI Gold or money, but only if is has a reasonable price. This should not become like Team Fortress 2, where one hat costs 5-10 dollars. Even though this game is “free to play” it is not like say, Dota 2 where you have the whole game free and the crazy expensive items for the monies. This game is more like a normal paid game that you can play a mini portion for free, buy bits and pieces of it, or just get the whole thing. I think most of the players do the last one. It is cheaper that way in the long run. So, since you do have to pay to get the full experience, micro-transactions should be as minimal as possible. It is never a good thing when all of the DLC combined costs more than the actual game. So if they do add more accessories, some premium ones could cost money so that Iron Galaxy would not lose money on adding a lot of costumes. (Although like you said more customization might draw more people into buying the game.)

And about the Japan thing, even though it might make the game more popular there, I do not think that that should be the specific main reason to add more customization. Many players in other countries (like me) would also want more of it. So, in my opinion, it would improve the game and possibly make more people from all over more interested in it. But I have an idea, how about you make a poll on this topic to see how many people want this to happen?