Cover songs that are better than the original

Which cover songs have you heard that you believe were actually better than the original one? My personal picks are:

That’s a good one. I forgot about it!

Fly me to the moon for Bayonetta is the better version in my eyes.

Do remixes count too?

Gotta disagree on Simple Man. The original has got more depth musically and it’s much more personal since it was written after the singer’s grandmother passed away.
That and I just really don’t like Shinedown.

Good thread idea, though. I some ideas for submissions I’ll thrown in when I get time!

Call Me Maybe - Upon This Dawning

Not sure if it counts as a cover since all the words were changed but Sinatra’s My Way is a good one.

Also prefer this version of Great Heights over the synthy pop version of the original.

Music is very personal and so much has to do with what you hear first and even what you are doing when you first hear it. There are very few cover songs that people will agree as to whether they are better than the original. Johnny Cash’s rendition of Hurt comes pretty close to being universally considered better than the NIN version. I’ve never heard anyone suggest otherwise.

Willy Nelson’s covers “The City of New Orleans” and “The Ballad of Pancho and Lefty” are considered to be better by most.

Whitney Houston’s version of “I will always love you” is considered better by most (although I greatly prefer the Dolly Parton original - which has more meaning and less bombast).

Mumford and Sons has a great cover of “The Boxer” although I wouldn’t say it was better than the original, but it features Jerry Douglass on dobro playing more or less his own cover of the song which is amazing by itself and makes this one of my favorite covers of all time.

I agree with @Fwufikins about the OP post if simple man, but again tastes are so personal in this regard. The cover is very good though.

Now by any chance do parodies/spoofs count? 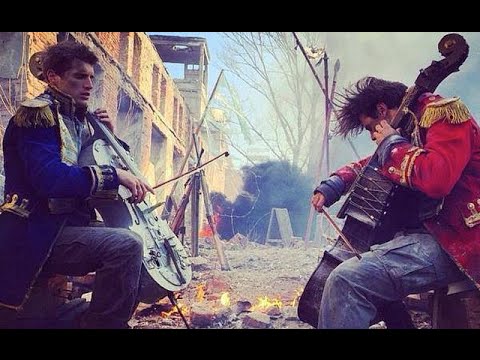 Reel Big Fish - Take on Me

If a ska band covered it, they probably win. Things sound better w brass and fun. (no links cuz mobile)

Similarly, has no one mentioned Alien Ant Farm’s cover of M.J’s “Smooth Criminal”? Or anything Mindless Self Indulgence has touched (yeah, it’s music for arseholes, but FUN arseholes!)?

'tis also the season (in southeast Michigan) for Type O.

And who can forget the charming, the dreamy, the belly-full-of-butterflies that is Jared Leto and 30STM? Opinions may vary, but who else has had the tenacity to cover a Björk track, and semi-faithfully, at that?

30 Seconds to Mars - The Hunter

Aaaaaand shoutouts to Joy Division for their catalog of material for the stronger, faster, smarter, and better equipped emos of tomorrow.

(soz for text wall, didn’t think I’d get so into it XD)