Could Arc System Works be Working on a New "Killer Instinct"? 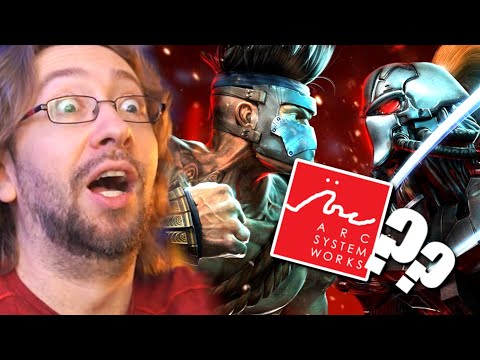 If they did manage to create the next KI, pretty sure that would mean no alternate costumes of any kind. As it seems Arc has a bad habbit of only using one general design for their characters. (I mean there was Videl from DBFZ…but she was also the only character to recive an alt of any kind.)

Then again, we’d probably get A LOT more alt colors to compensate, though probably not as unique as the reboot did. (Different textures, designs instead of simple color swaps.)

I am skeptical of this. I really don’t have much faith in this, and I’d bet Arc System Works would make all the music sound real samey. They do decent BGM, but KI is a stylized background track I don’t think ASW could nail.

They’re not working on it, best guess right now is Nway since they’ve been rather silent for a while

Possible. I just hope that whoever is working on the next KI makes it a good game, even a great game.

I’ll be honest seeing the gameplay of Tekken 8 and playing the SF6 beta, a new KI announcement would need to be pretty huge.

They can’t just rinse and repeat what they already have.

Bring back the No Mercy finishers and Ultimates (for all) make them stylishly violent to keep with the Teen rating if needs be.

Whatever they do make it big.

They can’t just rinse and repeat what they already have.

Oh definitely! While I thought the business model was pretty fair as far as free-to-play fighting games are concerned, doing a repeat of history by making another KI on a similar, if not smaller budget, would be really problematic. Like, in the case of KI2013, to a certain extent it was understandable - Microsoft was unsure of whether or not there would even be interest in a new KI, hence they decided to play it safe by making it a budget title. A bitter pill to swallow, to be sure, but from a business perspective, it made sense.

Bring back the No Mercy finishers and Ultimates (for all) make them stylishly violent to keep with the Teen rating if needs be.

Not just stylishly violent, but also hard-hitting. Looking at the KIs of old and looking at the ultimates in 2013, the latter didn’t really have that sense of impact. A lot of them felt pretty derivative and too much like some of the Super Combo finishers from SF. I think the next KI really needs to lean more into the punk aspects of “cyberpunk”, as KI is in every sense a punk fighting game. It’s loud, it’s violent, it’s dark, aggressive, etc. One of the few notable cyberpunk fighting games out there. While certainly KI2013 added some interesting things, in terms of the setting and general vibe that it presented, it sort of felt like a very corporate take on cyberpunk, but without any of the substance, darkness or edge of that genre. Like a cyberpunk fighting game that’s playing it very, very safe with its themes and subject matter. I would love the chiaroscuro lighting, the horror elements and the heartbeat that plays to come back.