is there anything that can done to the input for using a consumable?

They did specifically say that “don’t taunt to lose your consumable!”

You just have to stop being a jerk to the CPU! lol

I almost had this problem since I like to taunt at the end of the math too. You just have to refrain and get used to it. Its not going to change.

My issue is the button being more out of the way on a stick. Reaching to the front panel is awkward during gameplay. The buttons are usually placed there on sticks to be purposely hard to hit.

What about an option to set it to 3P+3K?

That would be easier on a stick using the far right 7th and 8th buttons which I imagine are usually 3P and 3K. It also is similar to what you have to do on a pad now for HP+HK if you don’t use the Right stick for breaking/instinct.

Does that sound reasonable, or am I overlooking something?

An option sure…but what happens if you use a character that uses the 3K/3P attacks?

I meant simultaneously. Is there a character move that requires all 6 buttons?

No at least not at the same time. But you can use an item with the right stick (is a right stick even on a stick?)

No, on a stick you would hit the two attack buttons. There’s no right stick for shortcuts.

So with that option, you could just hit the next two buttons over just like you do for instinct and breaking with the 6 core action buttons. It would also let you hit LB+LT on a pad to use it.

Just in case I didn’t explain that clearly, this is what I mean. 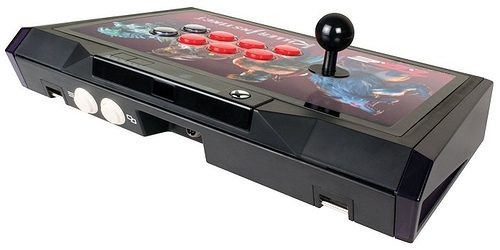 but an option to make item use also work when hitting All 6 buttons would work like this: 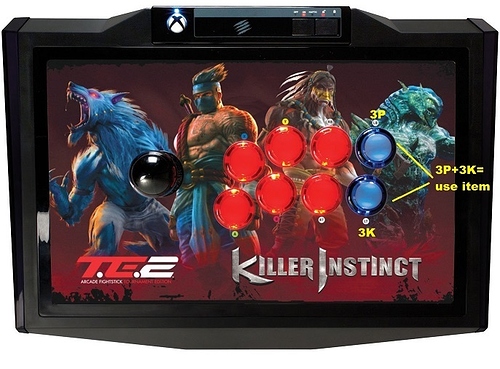 Not a huge deal, just a nice convenience feature for stick users. However, it could free up the view (select) button for taunts on the controller to allow this: 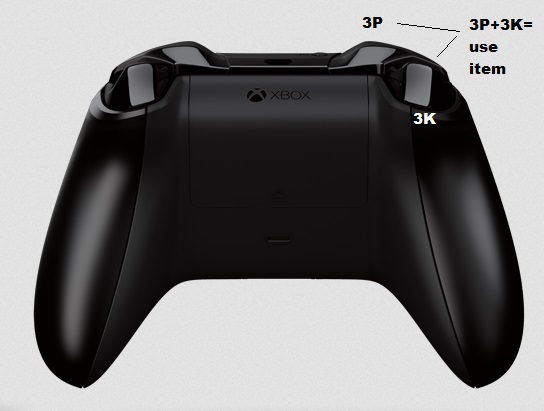 Any reason why that would not work?

On that note why not just let all 6 buttons be used for taunt in general like SFV does, and have an option across all modes to choose if you want either:
A) 3P+3K=use & View=taunt
B) 3P+3K=taunt & View=use

Sorry for the bad ms paint images and/or delving into old control config requests that may have been considered long ago. I had some time to kill in front of the computer.