I would like to speak about the most beautiful thing that supply the méchanique of the game, and also its biggest curse:

Already a small balance sheet of his evolution:
season 1: 1/It caused damage has the aggressor 2/Il brought down the aggressor 3/he made hard knockdown
Season 2: both opponents do both a flipout and fall again on feet has distance equal of the beginning of match
Season 3: the defender keeps 50 % of life potenciel suspends 3 seconds.

Look the positive and negative points of this méchanique:
Positive: a game of permanent spirit which little to create situations which turns the situation, or which worsens him!
Negative (and it is where I want to make proposal): the effort supplies at the level resource is totally uneven and inequitable for the aggressor, in contrario of the defender, I give some explanation better this point:
The aggressor owes sometimes used until four resources to begin a combo:

Thus I have some proposals to be made to balance the resources used by each:

2EME PROPOSAL: during a combo my opponent uses a SHADOW MOVE (thus a sessource) and I press only three times on HP+HK and I combo breake its combo… It is not good. I propose 2 different things so that the defender also uses resources staffs:
1/A every pressure of HP+HK in a shadow moves, the defender lose 1 tier of a shadow bar.
2/A every pressure of HP+HK in a shadow move, the life potenciel is added to him.
3/You can couple both, so that when the defender does not have the upper hand any more shadow it adds of the life potenciel.

3EME PROPOSAL: when the defender manages its combo breaker, he should not fall in a situation equal to his opponent, but disadvantaged! For that he should fallen on the remote ground equal of the beginning of match but in hardknockdown (yes the animations of combo breaker should be to change ^^).

Well, saddened for my approximate English ^^

i love you all.

If you put a limit or resource on the ability to combo or counter-break, you essentially break the game. I’ll let others explain why that is.

Here’s a response to your first proposal with a scenario. Your opponent is playing as Mira and you commit to break her heavy AD. Congrats you broke the combo but now that means when Mira opens you up again (which is not hard for her to do) you WILL be eating 70+ damage combo and there was nothing you can do about it. The point I’m getting at is this idea greatly takes away that two way interaction the game was built upon. To make such a single commitment just only brings more issues in the long run considering there are many characters that can easily take advantage of that idea whether it be their absurdly high damage or having much easier ways to open you up. Long story short, you’re idea essentially breaks the balance of the game.

As for your third proposal, the reason breakers were changed from how they were in previous seasons was BECAUSE they put your opponent at an disadvantage. They changed it to how they are now was because it made some match-ups lopsided in some some character’s favor. Getting broken was enough, but to be broken and a free set up to tack on more damage…disgusting.

If you limit how often you can do combo breakers, here is a very easy strategy which I believe is the 100% best way to play:

Every time I hit you, I will do HP auto double and L linkers (basically, the same combo I would do if I landed a counter breaker). I will force you to break until you have used up your breaking resource (whether it be a time limit or total number of breakers), and do pretty good damage to you at the same time. Then I will hit you and do the same combo, except now you can’t break it and you will die. I will never use shadow meter outside of combo starters or linkers, because it is way more valuable to use when you can’t break.

By limiting the combo breaker mechanic, I think you effectively remove the entire combo game. I will never mix up strengths. I will (probably) never counter break. I will never do manuals. I will simply force you to exhaust your resources, and then I will kill you, and I will do the same combo every time.

And then, KI will truly be dead. 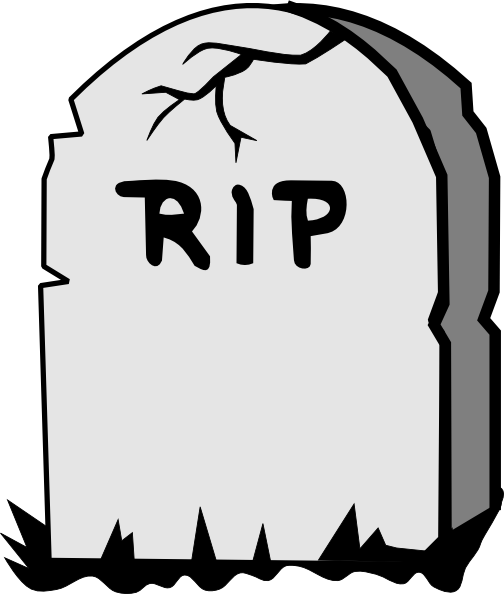 I thought of it because to undergo a combo without being able to stop him in killer, it is to take it 60 % of damages free of charge.
But they are not absolute proposals.
But in most of the games, to take itself an opening it is to set 1 tier of life or half.
For example, in street fighter 3.3 against urien, two bad choices can fast entrainer the death, and there is no problem in itself.
We forget a thing in killer, it is that to open the guarding in a game of fight it is hard, and if the defender makes an error, he has to undergo the consequences.

I understand and I agree on the first proposal.

For example, in street fighter 3.3 against urien, two bad choices can fast entrainer the death, and there is no problem in itself. We forget a thing in killer, it is that to open the guarding in a game of fight it is hard, and if the defender makes an error, he has to undergo the consequences.

Well, let’s be clear about some things here:

But why blazeblue does not have the same problem? (I know that it is not the same archetype of game(set,play), in May good)

And for other proposals, of which think of it you?

And seriously, me think that there is an imbalance of resource, attacking vs defender in the system of combo to breaker.

Difficult not, but create of beautiful opening yes. When I look at certain tournament, I see beautiful organized and this action is broken in two buttons just behind.

And yes with urien is needed certain configuration ^^

Well, a “beautiful” (I assume this to be a proxy for “difficult” or “setup-based”) opening isn’t really necessary - many characters in KI are quite capable of simply bullying you into submission in pretty short order. General rule of KI is similar to the general rule of Marvel: you cannot block forever.

Blazblue’s burst system works because combos in Blazblue don’t do 50% every opening, and because of the mechanics and combo system there is quite a bit of freedom in how you convert damage in certain situations. Depending on how you opened them up, it is entirely possible that you will drop your max damage combo, which also leads to combo variety. In KI, it is literally trivial to do a max damage punish every time you touch them, and that leads to the aforementioned 50% damage off every opening in breaker-less scenario.

Hitting someone isn’t very difficult in KI. The combo game is where the spice is. And while a good break is obviously very good for the defense, a bad break attempt can equal death. The risk/reward dynamic behind breakers is the main driver of excitement in KI - without it (or with a limited or resource-based break mechanic), the game quickly breaks under the weight of its oppressive offense and oki options.

The aggressor owes sometimes used until four resources to begin a combo:

It’s already been noted that KI characters are capable of very powerful offense, which cheapens the “effort” which goes into getting any given opening. I’ll add that the breaker mechanic smooths out variance: if characters could deal 20-25% per combo guaranteed, no breakers, with KI’s potent offense, you’d see a lot more one-sided stomps as players have less chances to escape the vortex, whereas 20-25% expected damage made up of ~10% on a broken combo and ~40% on a lockout at the extremes gives players an extra chance to escape, which means more coin-flips have to go against you for you to get stomped out of an entire life bar. You might’ve noticed in season 2 that stomps happened more frequently, because there was more unbreakable damage and viable one-chance-into-oki play back then.

To your other points, a character spending a resource is creating an asymmetry of power: the opening costs them the resource, but the opening is also made more likely because of the expenditure of that resource. Characters spending shadow meter on an opening also often get a lot of guaranteed damage up-front from their opener. The idea that a player should be compensated for spending a resource on getting an opening is silly, because intelligent use of that resource to increase the likelihood of getting that opening is all the reward it deserves.

And just after all this work, the defender presses on 2 buttons, uses 0 resource, and breaks all this work… It is inequitable.

I think you’d be better served thinking of the risked life loss as a resource in and of itself. If you’re making even a 50-50 guess, light or medium say, and you take no extra damage if you’re right and 25% extra damage if you’re wrong, then without any credible read on your opponent’s tendencies (and if you have that read, it’s your opponent’s fault), you have to price that guess at ~12% of your lifebar.

I hear what you say and I agree in 99 % with you. But when I make an opening of complex guard and when I am made combo break after the first blow, I feel a certain injustice … And when I see him in tournament I always feel an injustice for the player.
Personally I am going to work my manuals to prevent a little this frustration staff, me hope for it.

And I think, that even if my solutions are little to be not the good ones; there is of other solution to compensate for this frustration (or injustice).

There is no injustice though. Where did the injustice come from? What exactly is wrong with the defender breaking your combo because they have good reactions or reads?

But when I make an opening of complex guard and when I am made combo break after the first blow, I feel a certain injustice … And when I see him in tournament I always feel an injustice for the player.

Do you feel the same injustice when you finally get close to Guile after blocking 50 sonic booms, you knock him down, and then he flash kicks and you get hit? And now he jumps away to full screen again? You made the wrong decision on his wakeup, what came before this decision doesn’t really matter.

There are lots of these types of “injustice” moments in fighting games, that’s just how they work. As a player, the game asks us to make many correct decisions to win, not just one decision (getting close to your opponent/hitting your opponent with a tricky mixup, in this case).