Check Out Rash at the Brazil Games Show

Are you going to be heading to the Brazil Games Show? We’ve got a treat for you. Well, technically it is a Rash, but the good kind…promise.

Super hopeful that his Ultra Combo rhythm is the Battletoads Pause music.

Alright, lets see what the Toad can do!
And omg that Ultra pose in the GIF
Another edit: "Only revealed character of S3"
Riiight

Though it makes me wonder… Is that a hint that Kim Wu might make a surprise appearance?

Very nice tease… But correction, Kim Wu is the 2nd character confirmed for S3… After all, there is a section for her and “If we ever do an S3…” ;D

Confirmed, but not yet given the “announce” treatment, if you catch my drift.

Confirmed, but not yet given the “announce” treatment, if you catch my drift.

Yep, she’s lurking somewhere in the shadows for the time being. I, for 1, can’t wait to see her step into the spotlight.

Now, Just Read the Article. Will the people that can’t experience Brazil, be learning about Rash on the same thing via Live stream or Something? Or must I have patience…?

Ok this HAS to mean something. My conspiracy theories are swirling like a fiery cyclone.
I can see it now: Aliens, pyramids, Illuminati, KIM WU AT BRAZIL?! 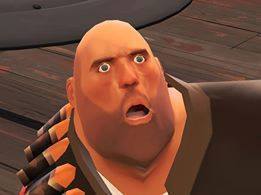 Ok, so does this mean they’ll be showing off Shago too? If that’s the only Season 3 character they’re showing off…

A much more intresring ultra it would seem nice one guys

This is probably too early but will Rash have his own stage?

I just want to see his non-Retro, if he has one. Still skeptical on his playstyle, for me anyways.

Who would you liken him to out of the playable cast?

Btw, they are giving a whole new meaning to the word slowly. Will we get to see the last 5 seconds of the ultra in November. I can’t wait!!

I’m hoping for that also and I think it will be.
I’ve been looking at that gif for a while now and it seems like it matches up.

The only character that really hasn’t been confirmed for S3 is Eyedol since the same
thing was said for Tusk as well as Gargos soft confirmed last Friday.