Characters You Wish Were In FGs But Probably Never Will Be

Many of us have dreams of driving various characters in a fighting game. Some of these are quite unlikely to come into fruition. That said, there’s nothing wrong with flexing the imagination a bit!

What characters (or people) to YOU wish were in fighting games, but are unlikely to ever be in one?

Here’s a few off of my personal wish-list:

Looking forward to hearing yours!

edit: how could i forget: Jack and Tyler Durden

After seeing how Zombie turned him into a maladjusted hulking brute in the remake, I can totally get behind this. That scene in the bathroom… so brutal!

It only seems natural, right?

That would be amazing, haha!

You won’t have better rocker then him 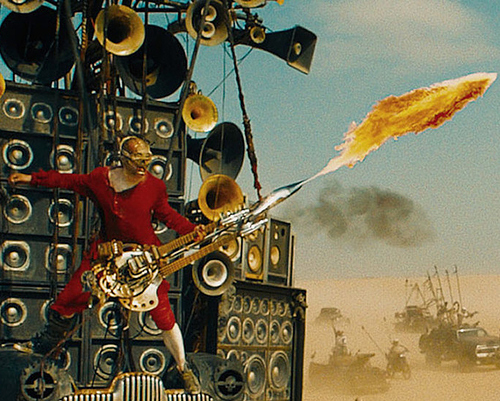 Some of these are actors rather than characters, but only because the actors tend towards a certain kind of role.
-Liam Neeson
-Gandalf
-Bruce Lee
-Tony the Tiger
-Johnny Cash
-Drizzt Do’Urden
-Spike Speagal (Cowboy Bebop)
-Any major historical figure/world leader
-Bill Nye
-Doomguy
-Glen Danzig

This one so bad. Whip combos for days, If given a chance.

You shall not PASS for days!

Technically he is in EA MMA.

mad max was already metal as fu ckk, then they threw in the Doof Warrior dialing the metal factor up to 11 LOL.

Wicked Witch of the West

This was a really common “make your own” character in Soul Calibur 4. But of course she had to fight with someone’s existing weapon.

Very cool thread. I’ve never really thought about it that much, and I’m not that creative.

I’d really like to see a revival of Samurai Showdown or Soul Calibur that actually pays attention to weapon fighting mechanics. It could include historical knights and samurai etc. King Arthur, Lancelot, etc.

A gen 1 transformers fighter would be cool. Take the awesome models from Platinum’s devastation and work them into a 2d fighter. Tough to design anything with the transformation mechanic, but that’s for other people to sort out.

I’d also like to see a more serious “King of the Monsters” type game with Godzilla, King Kong, etc. not the sort of wrestling style destroy the city things we’ve seen in the past.

This was a really common “make your own” character in Soul Calibur 4. But of course she had to fight with someone’s existing weapon.

Oh word? That’s awesome! I’ve never been into 3d fighters so this passed right by me! Glad to know some people see the potential there. Flying Monkey projectiles FTW.

Also what’s Rammestein? I feel like i’m missing out on something… 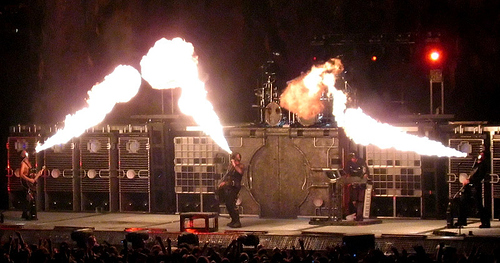 #THAT GIVES ME AN IDEA HOLY CRAP
Rock/Metal Celebrity Death Match!
Danzig would obviously be the Thunder style character.
Dave Mustaine could use his fiery hair to throw fireballs
Abath could be Sub Zero or Glacius.
We could throw in Lars Ulrich as the bottom tier Dan Ibuki.

Oh man… we could run for miles with that concept, haha!