I’m having the same issue having bought the definitive edition for pc tonight. I’ve uninstalled, reinstalled, and all the bells and whistles and characters are still locked. Was gonna make my own thread but saw this one.

We just rolled out a fix that will hopefully take care of this issue. Give us some time for it to prop, then report back in!

Don’t know if 4 days is long enough, but I am having the same problem. I just bought the game 2 hours ago.

Also, off topic @Riptor, dope icon. That is STILL one of my favorite games. It will be forever. Phantom Dust is LIFE!

I hope they will talk about the fix soon… And yes Phantom Dust is amazing. I’m looking forward to the PC port which should release this summer

i made a whole post about this not knowing this jewel was already here. I believe the real issue is that all of the characters themselves need to be downloaded individually just like on xbox. Since the characters dlc are not compatible with the pc that is the issue. Missing Characters on PC or Xbox One After Purchasing Definitive Edition is the bigger explanation i wrote.

There’s more to it, but long story short teams (across the world, actually) are on it big time! I don’t have an ETA, but once it is fixed I will let you all know.

community manager’s here are on it! <3 it seemed to make the most sense because on xbox i had same issue until i looked through all of the dlc and it shows owned just needed to install…can’t wait for it to be fixed so i can play KI on comp and gf and daughter can watch shows on tv 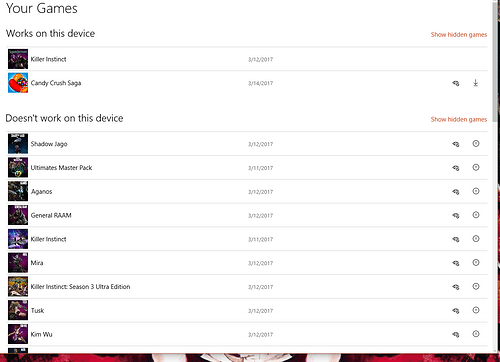 I bought the game just yesterday and having the same issue on PC. A shame really as was looking forward to having a game with my buddies that evening.

Hey rukari, since clearly a ton of people are affected by this effectively killing any post world cup hype for new players, how about putting the entire cast or an entire season on free rotation until the problem is fixed? That way the new players get to use what they paid for while they wait.

Yeah the world cup really sold me on the game and then this happens, I’ll give it another day or 2 but its allready been upwards of 2 weeks or more for some people so i wont hold my breath. I don’t want to refund cause I DO want to play it.

Ok, this would be great!

That’s an amazing idea! Wish my brain would have went down this path but that is the greatness of a forum:)

Omg yes its fixed thank you thank you THANK YOU!!!

All fixed now, thanks guys