Good luck to everyone!

Here is the stream link…tonight at 9pm Eastern time.

Is the crowd really that small?

Yeah, that’s such a shame

I enjoyed watching top 8 along with my significant other (I stayed in another city just to see it with him).
I cheered for Ztrain and went crazy on many matches because I still was in “mad” football fan mode (World Cup fever).

It was nice enjoying KI again. I’m guessing KIWC will be the last one.

Yeah, NWO ZTRAIN did really well for his first major. Congrats to him!
@ZTRAINOVER9000 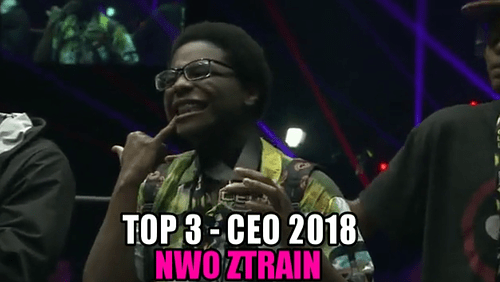 They have put up a playlist of the Top 8

The arena was in an area all by itself this year, so no foot traffic to bring extra people there. If you’re watching a Top 8 at CEO this year, it’s because you specifically wanted to see that game’s Top 8.

The important thing is that the Top 8 was super sick. Hopefully the stream was good for everyone!

That is a shame there wasn’t a bigger crowd due to those reasons.

But the matches were awesome. And I’m glad to see new people making it into Top8. And all props to Thompxson for taking 1st. Letalis is an awesome player and for Thompxson to overcome that and an unfavorable match up speaks to his skills.

Finally, thanks for commentating, Storm. I’m glad to see that there a knowledgeable people at the microphone.

I finally got to finsh watching the Top 8 archive video… even thouhg I made this post I wasnt able to watch the stream live. What a great tournament!

Excellent job commentating @STORM179 , but I was looking for you in the Pools bracket when I seen you were not in the TOP 8, I was suprised not only that you didnt make it to Top 8 but that you didnt even play?
Why? But to fly that far…thats dedication dude…much respect.

Great to see @Delriach back on stream again…I miss the IG guys. I hope to see them back on KI again very soon with a sequel.

Excelletn job @MnTLetalis…I thought for sure you were gonna win first! So close!

Great job @ZTRAINOVER9000 , you are much younger than I had imaginied. lol

BTW…didnt thomson win KIT this year? Who won Combo Breaker? Thompson? or Amenty?
Thompson is on a roll this year so far!

Glad you enjoyed the commentary Seraphs! And yeah, I made the trip solely to commentate - didn’t want to play and make Top 8 and not get to do it like what happened at Combo Breaker.