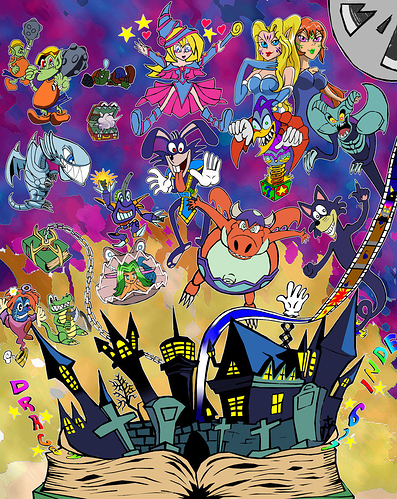 Inspired by this, KI don’t have a joke character. Like since Dampierre from Soulcalibur.

Even Dan from SF.

If they did have a joke character that based on various cartoons like… Looney Tunes, Spongebob, etc.

It can stretch its limbs even do various things.

We already have a cartoon joke character his name is Rash.

I hope you’re kidding, why not offer something more serious like Aliens or vampire or other more serious monster…

Somebody get Taffy from Clayfighter on the phone…

I thought that was Omen

Spinal is the joke character. Just look at him laughing like a maniac and hitting you with giant green cartoon fists.

We already have a cartoon joke character his name is Rash.

this for sure we already have Rash.

tbh I’m hoping Alex Jefailey would be the second guest IP just for the fact that his ego would be interesting to see represented.

no man surely nope . spinal is one of the most serious character with just a ironic touch who i think is welcome

i dont play spinal but i enjoy fully to see people beat me with him cause hes just a killer!

I felt he was more the Akuma of the game personally