Riptor looked more like a snake-lizard, not dinosaur… Riptor is very BIG and FAT 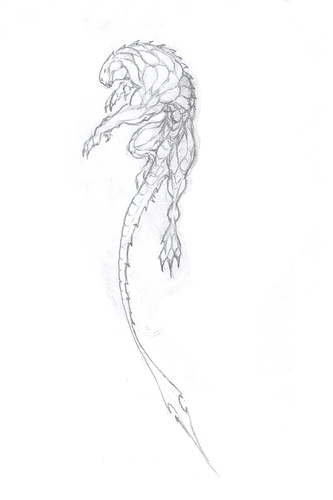 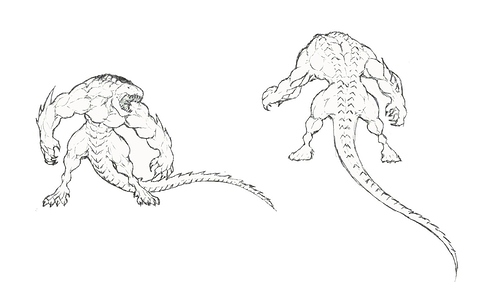 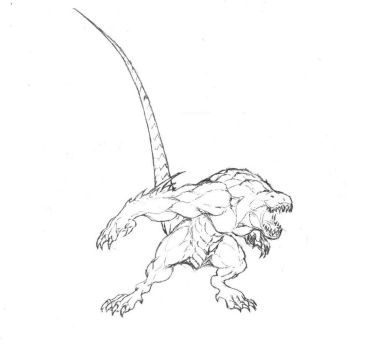 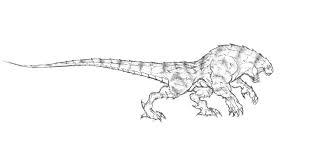 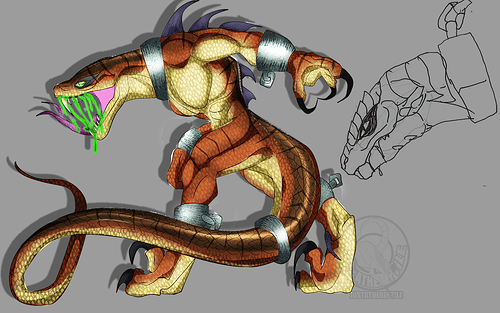 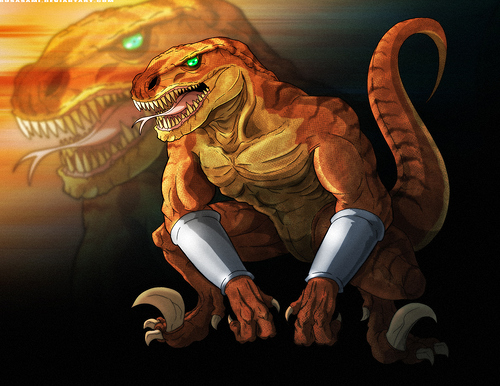 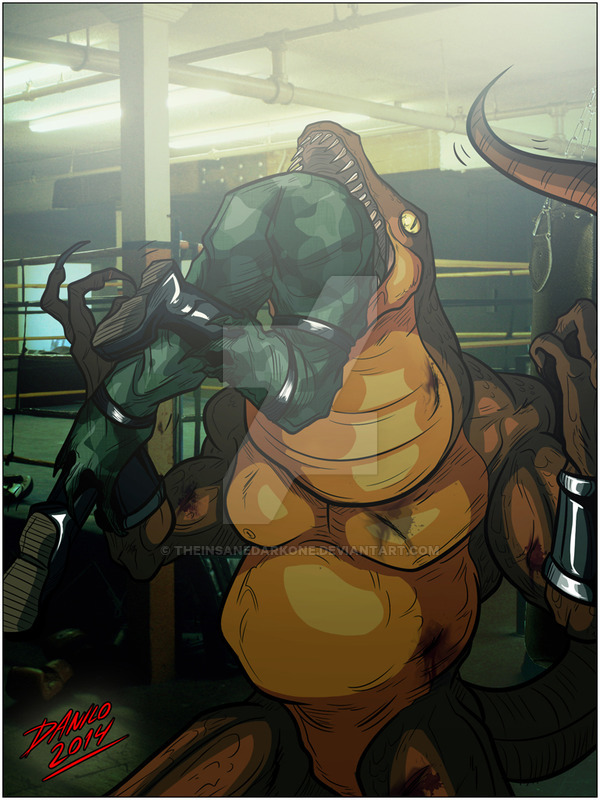 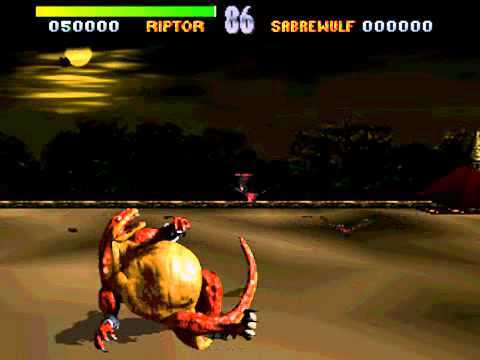 That first picture is not Riptor… She look nothing like her.

I appreciate that you referenced my brother’s work for Riptor. However something to keep in mind:

I do like modern Riptor’s design just as much as her classic and it also has a special pleace in my heart.

Be glad she doesn’t look like a giant murder chicken by default (even though due to recent things I learned about birds and that they’re much closely related to reptiles than I once thought.

In fact you can argue that they ARE, Reptiles, kind of like how pangolians are mammals even though they’re covered in scales. I’m not as hostile towards the idea of featherd dinos as I use to be. However don’t think I’ll ever support a default feather riptor and hope that stays an optional thing to keep everyone happy)

Not fat though, that’s kind of gross.

The thing is, Riptor was INTENDED to be a dinosaur monster in the first game, though in the storyline they mixed in other reptillian dna,and the human dna, which makes Riptor’s apperance the way it is, hence the snake like attributes asosiated with Riptor. I think the modern looks are what they were SUPPOSED to be. Not what they necessarily ended up looking like.

As a result in this game the modern Riptor is still hybrid, but the snake elements are not there, instead it’s cybernetics which, in my opinion, are still just as awesome since I like cybernetic beasts to! combinations of bad-■■■ robotics and savage wild fury.

Case in point: Play the classic costume dude. I know the segmented tail takes some getting use to, but if you can look past that, the costume is like 99% close to the original. At least from my standpoint. Only reason I don’t use it much is because there’s no decent “red” color. Other than that. It’s a great costume.

Modern Riptor is the only dinosaur character in any fighting game that looks and acts like a dinosaur rather than a generic lizard man.

Since the character was designed as a cash in for Jurassic Park, might as well be authentic.

I’m flattered that you refrenced my work

However, I think it make sense for Riptor to be fast and nimble.

Riptor looked more like a snake-lizard, not dinosaur… Riptor is very BIG and FAT

Wow! I’m liking those designs! Despite Riptor supposed to be a dino fighter I do like the idea she has snake/reptilian features as well. The idea of a more monstrous look is neat. However the second sketch looks like a very damaging creature more than an agile raptor. But those skecthes are just…wonderful!

Me either, but I don’t like artist drawing dinosaurs 100% as birds. Some dinosaurs had proto feathers or even feathers? true and there are fossils, but doesn’t mean all of them did. Also I’m not a fan of “well paid” theories. Because they are theories and that doesn’t mean that’s the way reality was for sure, they don’t know and they can’t be completely sure . Once they are about how a dinosaur really looked (which is very hard/impossible to know) but since they are not I reserved my right to be skeptical about the subject “Oh look that dinosaur!!” when they are pointing a bluejay. Look…I’m not saying “OOh look that hooved wolf!” when I’m pointing a dolphin so…

But yes, raptors might have looked different from JP movies pretty much. Now we knoe that, and it’s ok. Vintage looks cool tho.

Modern Riptor is the only dinosaur character in any fighting game that looks and acts like a dinosaur rather than a generic lizard man.

Riptor is fine but this little guy on the left stole my heart and IMO is the best raptor fighter out there (and no projectiles, heh, but he has a ninja jump lol).
Riptor looks pretty much an actress from JP, which is cool, but Talon came first 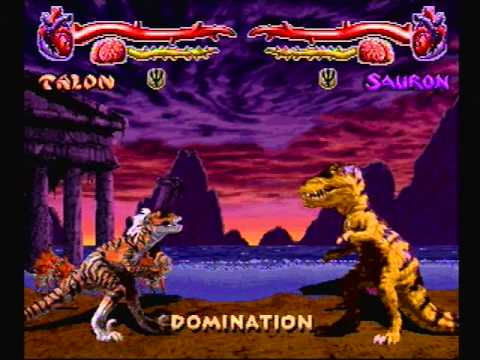 And lets not forget about this game! (Vintage dinosaurs!)

Or maybe we should?

The dinosaurs in Primal Rage looked good, but they moved more like suited actors from the Godzilla movies than the actual animals.

Id love to see him back on KI4 sequel

Also, hate to double post, but Kevin Baylis was the one who designed all the S2 Retros, including Riptor. So if you want to see how he’d reimagine Riptor, you need look no further than in the game. 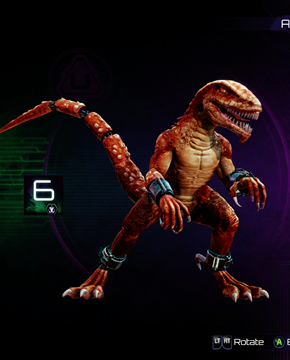 (And if you’re into the bulkier, more reptilian look, it’s really good. It’s probably one of my favorite retros actually

It’s reminiscent of both old Riptor and the vintage image of dinosaurs you’d see in old claymation. Double the Retro! )

I don’t dislike the design itself, I just find the head to be a little big for my taste =I

The dinosaurs in Primal Rage looked good, but they moved more like suited actors from the Godzilla movies than the actual animals.

LOL, true. That’s because the way they animated them probably. Of course if they fought like simple dinosaurs we would have something close to this instead: 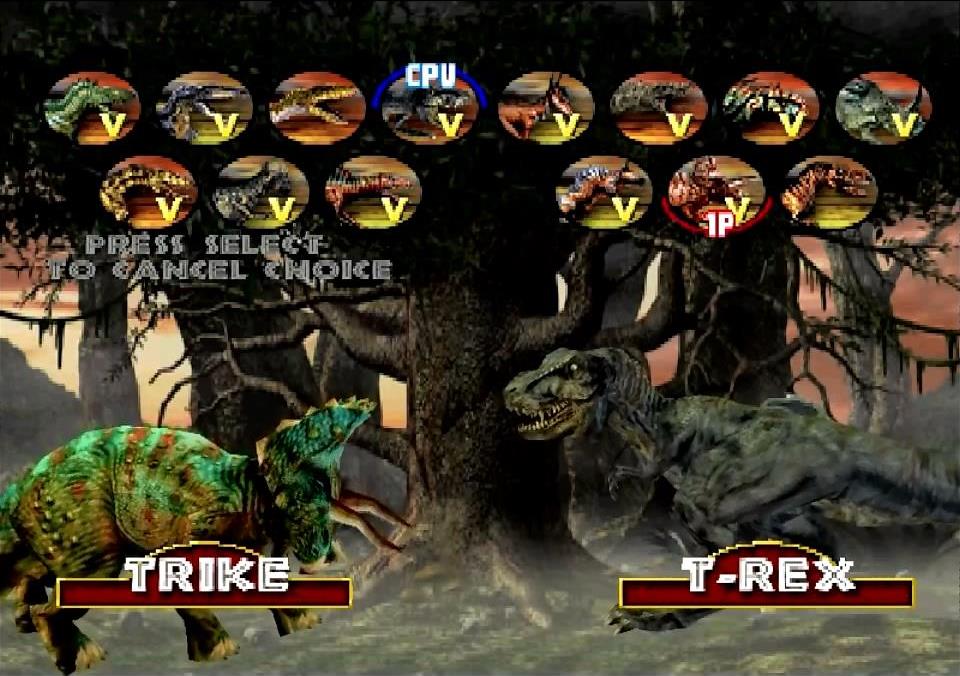 Totally forgot about JP:Warpath! That may be a good or bad thing.

But yeah. I’m not averse to the idea of the bulky lizard dude, but I much prefer Riptor to behave more like an actual dinosaur because I really love the fast primal animal. The less human the better.

None of these designs get me. I like my girl the way she is.

Riptor doesn’t look exactly like a velociraptor, but she isn’t supposed to be made from 100% dino DNA either.

The dinosaurs in Primal Rage looked good, but they moved more like suited actors from the Godzilla movies than the actual animals

Thats what makes PR’s gameplay fun. They didn’t restrict themselves based on the animals anatomy and if PR does come back, I hope it’s maintained.

LOL, true. That’s because the way they animated them probably. Of course if they fought like simple dinosaurs we would have something close to this instead

I enjoyed that game to. It wasn’t perfect, or super fantastic. But I did like it.

Riptor doesn’t look exactly like a velociraptor, but she isn’t supposed to be made from 100% dino DNA either.

Precisely. Half of her design is human if you look at the arms and hands. last time we all checked, Raptors didn’t have a thumbs like that.

I’m also glade that they made the feathers an optional accessory as well. its a win/win. On top of that, being a dinosaur human hybrid actually makes Riptor, very unique.