Just for fun, what are your favorite and least favorite retro costumes for each season?
I feel like season 3 has had some real winners and season 1 some stinkers, it’ll be hard to choose.

The best retros are in my opinion:
S1 Glacius and Spinal
S2: Riptor and Cinder
S3:Eyedol
I dont like this retros:
S1 Sabrewulf, Orchid and Thunder.
S2: Maya, Kan Ra, Hisako and ARIA
S3: Kim Wu, Rash, Arbiter and Mira.
The rest is just fine.

Though I dislike Thunder’s retro, I don’t think it is bad-looking in terms of graphical display. For what it is, it looks good. I just don’t like what it is!

Cinder! I always use his retro, when I play him!

I’m supposed to pick more than one horrible costume?! Tusk and Eyedol were the only two to have decent retros.

Honestly, all of the costumes and accessories are a horrible joke that should have been scrapped for better alternate colors or something more worthwhile.

I think Glacius has the best S1 retro, and Sadira has the worst.

Best in S2 is definitely Cinder, and I would say Aria’s is worst. I don’t really like her face on it.

Arbiter has the best retro in S3 because of its accuracy and how well it aged over time. Rash’s retro looks too similar to his default, so it’s pretty meh.

Although I voted Arby as best S3 retro, RAAM’s retro makes me happy as a Gears fan. I love how I get to use his classic Gears 1 design because I was not fond of his redesign in the Gears 1 remake.

Best of S1: Spinal. Seriously, how can you mess up a skeleton?!
Worst of S1: Sabrewulf. The hero art of it is not too bad, but in-game is different story

Best of S2: Cinder. Same as Spinal. Way too simple to mess up
Worst of S2: Kan-ra. There just something about that face that really puts me off

Best of S3: Arbiter. I love how much care and attention to detail they made it and how his accessories make and entirely different type of Arbiter.
Worst of S3: Rash. It’s his default with a lighter shade of green. Nothing really special.

-Despite that, I can cut it some slack because honestly what further changes could have been made to his default without going against the character?

For my personal choices I tend to go by how accurate they are to the original designs, if they had one.

S2 Best Cinder
S2 Worst I picked Aganos, his knees bother me so much.

his knees bother me so much.

Explain me about his knee pls… 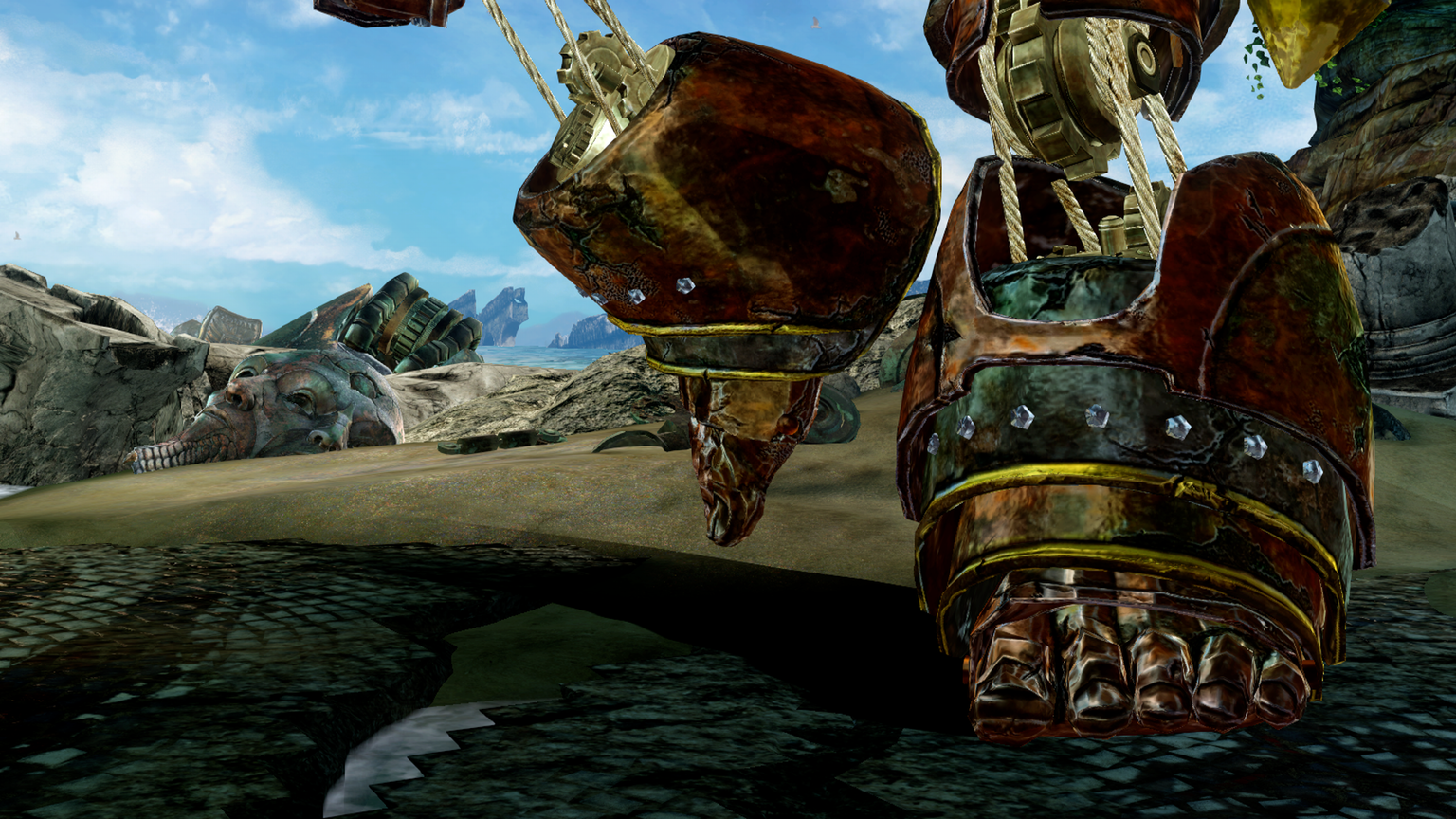 There is no way his two ton body could be held up by a couple of ropes and pulleys. Its like his feet are held on with stretchy spaghetti noodles, the golem in the background has metal rods that connect his legs but retro Aganos uses the power of levitation to keep his rubber band knees from collapsing. That one thing totally ruins this costume for me, once seen it can never be unseen.

Well you see the ropes are made up of a special, ancient material that is virtually impossible to break regardless of weight and only the most worthy of golems can wield them.

Or they ran out of the metal rods in stock and Aganos had to make due with some leftover rope he found on the ground.

I know the REAL reason its like that, from a technical standpoint.

Aganos is held up by branches and vines, his body kind of sways and bounces in a way that having a solid leg bone wouldn’t really work with… Still, some kind of elastic rod that went up the center would at least give the illusion that there was something there.

I actually picked TJ Combo over Cinder for Best S2 Retro. It’s impossible to mess up Cinder’s Retro and I thought many things could have gone wrong with TJ’s Retro considering how they did it but I actually liked how it turned out. I might’ve even picked Maya too honestly.

I would have felt a LOT better about TJ’s retro if one of the costumes had boxing gloves.

That and I’m not a fan of the robot hands, in KI 2 they didn’t look like that. Plus they put them in the story, there’s no way TJ could conceal his implants if he had giant robotic fists. XD

S1 retros were, at best, mixed. The good was clearly Spinal and Glacius, although Spinal was better because Glacius’ accessories are ■■■. Thunder and Orchid were both solid given the constraints DH was under and I respect the effort, although Orchid’s clipping was awful and much like Sadira her accessories were a bit weird. Derpawulf and Fulgore are both cringe-inducing, as is stripper Jago (who at least has a couple of good accessories).

S2 really showed how valuable KB was. Combo’s retros aren’t just the best in this game, they’re some of the best costumes in any game I’ve ever seen. I feel like his default is a respectful update of his KI1 appearance - in a world where MMA is a thing, you can’t have a character wearing boxing gloves in an open fight, and rather than just bring back KI2’s stereotype I loved the 70s/80s/90s/2000s aspect of each costume. Maya gets an honorable mention as well and either would have been the best in S1. Riptor didn’t sit as well just because I loved the original character, which really felt like a four-hundred-pound roaring dragon hurtling around the screen, but given the new, more-slender quick-strike birdlike design was very fitting and, like Aganos, the striking difference from the defaults are so ambitious I have to applaud the results. Cinder is tough because his retro basic is perfection, but his accessories do nothing for me. Finally, it’s telling that my “bottom” picks, Hisako, ARIA and Kan-Ra, aren’t there because they are bad but simply because they don’t stand out enough from the defaults for my taste, Kan Ra’s steampunk period pieces are really clever, though.

S3 isn’t as good as S2, but is still light year’s better than S1. At the top, I think Eyedol, Mira and Tusk are fantastic; great variety on Mira, Eyedol’s accessories are a bit goofy but stil kick ■■■ and if Tusk’s face worked it would be the best but that’s not a problem unique to the retro. Rash and Gargos are a notch below for me (Gargos’ nose isn’t right and Rash doesn’t look very different but he’s elevated by fantastic accessories), followed by Kim (locking Kim into the jacket was a head scratcher that led to lame accessories). The guest characters are at the bottom for me simply because the commitment to lore accuracy, while commendable for fans of the series, led to really minute changes which don’t stand out to character newbies like me. Again, none of these are straight-up bad like S1, just not as awesome.

A+: Combo
A: Maya, Mira, Spinal
A-: Eyedol, Riptor
(Maybe one or two more accessories, but generally great)

B+: Gargos, Tusk, Glacius
B: Thunder, Aganos, Cinder, Rash
B-: Sadira, ARIA, Kan-Ra
(Cosmetic or accessory limitations put these in the second tier)

I’m very disappointed by Gargos’ retro, just because his head is shining like a Monk xD.
And Arbiter’ retro face is very…ugly…
I don’t have any opinion about Rash retro…because i don’t see any difference between his default and retro costume xD.

Yeah, Rash’ retro is pretty terrible. Its literally just a different texture on the same model.