The only way I use this move (three punches) is to absorb a projectile and then dash cancel forward or backward. That’s pretty good, as it gives RAAM a little bit of meter and either closes the gap or baits a wind kick.

But what else is there? Have you fine folks of the KI community found any other good ways to use it? I’m looking for ways to improve my RAAM game

I’ve heard some stuff about using it as a meaty, but I’m unsure how that actually plays out in a match (i.e. what comes next, when to believe it will be effective).

Well, it can be used to stuff 1-hit meaty attacks on wakeup up close and put kryll on your opponent that causes persistent poison damage while also causing a knockdown for a stomp-combo setup.

After getting a hard knockdown, if you do it properly, you can do a fully charged kryll shield meaty. The charge will make it unblockable and the armor will make it so that only a few characters can escape this setup. Since it deals a stagger you can hit the opponent with either a combo or any type of throw afterwards. Although the timing is kinda tricky.

I know some tech for it that you’ll should know about, enjoy. 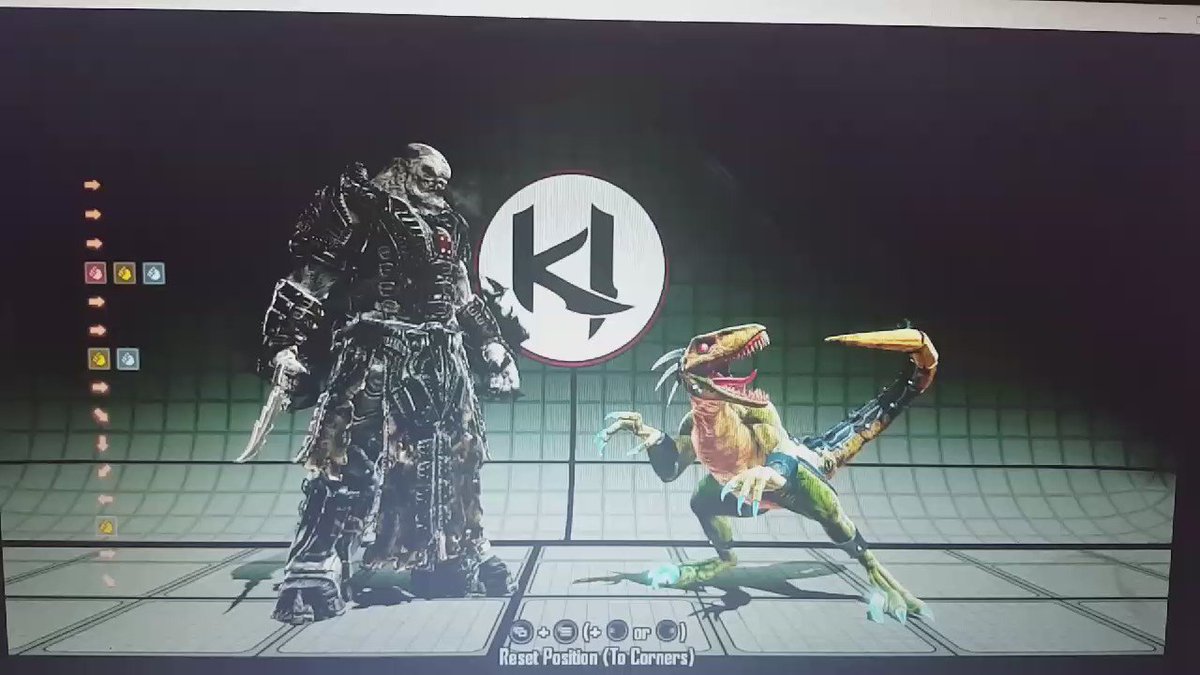 What I’m starting to use in my general gameplan is Kryll canceling his specials. After S.Hk into heavy decimation, I usually go for a command grab since it’s already a frame trap. After conditioning the opponent for that setup, I mix it up using either the running command grab or Kryll cancel the startup of any strength decimation into forward dash, then either a mixup or into heavy command grab.

He canceled shadow decimation into kryll shield then dashed? 2 bars to bait a lock is really a good trade? wow… i need to review my concepts.

It’s a lot of resources being used, and can leave you at a disadvantage in the long run. It’s good tech to used if on the last life bar.

Yeah meaty unblockable is one of it’s better uses, though after the last patch they made it much easier to backdash out of the set up. Before your only option to escape it was to do something invincible, and even then it would simply trade.

Also you can dash cancel shadow stab like the video showed, though you don’t even need instinct to combo off of it (though I guess he did that to simply capitalize on the lockout) You can also dash cancel the shadow stab on block to avoid shadow counters, and if you time it right you can do command grab fast enough to beat any buttons they press.

Other than that it’s just used to absorb slow reactable attacks that can’t be cancelled like Tusk’s sword normals, Arbiter’s overhead lunge, Shago’s overhead, etc. Also good to absorb jumping normals if you feel like you missed your anti-air window.

You can also sort of use it to escape frame traps since the armor seems to start up faster than 4 frames, just absorb the button and backdash their opener, but the timing is really hard and a forward advancing opener will just catch this so, meh.

I think I need to use it to catch more of the slow reactables you’re talking about. I usually have no problem shutting tusk down with the kryll charge. However, against Arbiter’s lunge, kryll shield may make that matchup a little easier.

And yeah, using it to cancel a blocked shadow decimation and bait a counter breaker is pretty good. It’ll take practice before I can nail the punish timing, but that gives RAAM valuable control over the opp’s fear levels. Either shadow counter and maybe whiff into a throw, or let decimation finish and then get thrown, anyway.

I have also been trying to expand my use of kryll shield. I want to experiment with canceling moves into kryll shield and I think I just found something that will help me keep shadow meter high. I never noticed, but the kryll rush command grab builds a TON of meter on hit, at least 20% of a bar.