so how many Berserk fans we got in here??? ive been watching the new anime series on crunchy roll and so far i am pretty happy with it, i think they may have a changed a few things but thats perfectly fine with me. im just glad to finally get some new content after waiting for 15 damned years. idk how it took so long for one of the greatest mangas ever (imo of course) to get another series run is beyond me, but whatever! so, lets discuss Berserk!

HEEEEY! I’m big fan of Berserk! I just finished Berserk manga chapter 249, it’s very amazing! But anime is so… Ugh… I hate to say, but it’s very disappointed because they cut many arcs… Lost Children is my favorite arc…

I wonder when will we see Berserk final chapter… I really want to see Guts kill Griffith becuase he raped Guts’s waifu! (It’s Casca. lol) BTW, I can’t wait about new Berserk game… But I have bad news for me… I don’t have ps4… ;_;

are you sure they skipped that arc? i think they’re before it its been so long since ive read it lol

are you sure they skipped that arc?

Yup. That’s why I am very, very, very disappointed…

i thought fairy girl was after block head priest guy, guess i have it backwards lol

Oh my! I can’t wait to see this big guy in anime! 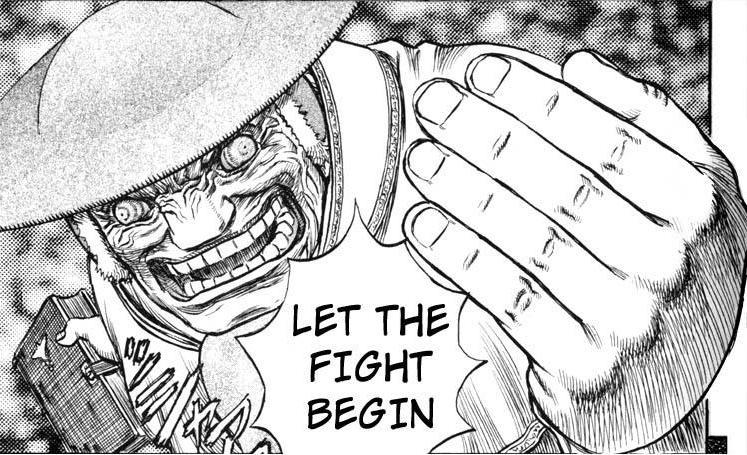 here come those gruesome torture scenes by this scumbag. cant wait to see Guts give him justice with that sword of his lol

Yup! Mozgus is one crazy person than anyone. lol
I hope we will see Guts get berserk armor before final episode in new anime!

If you are right. That’s mean we will see Griffith reborn in final episode too.

and the showdown against Zodd!

Damn missed a lot of crap. I need to catch up quick.

Damn missed a lot of crap.

Lol, don’t worry about that. You missed only three episodes… It’s not bad! But you should read Berserk manga…

I’m bad…I pretty much never read the manga but not by choice. Between the space and cost I just couldn’t get into it. :-/

I’m not force you to read manga. But you will like it when you start read Berserk manga… Trust me!

I didn’t say you were?

I probably would like the manga would save me reading in the wiki forums. Usually the written material is better than movie/animation.

I didn’t say you were?

Lol I’m so confused. Maybe it’s my lack of sleep