Avatar was one of the best movies I have ever watched (and overall one of my all-time favorite movies too) and even though it is a few years away I cannot wait till Avatar 2 releases/premieres in theaters on Dec. 18, 2020

Didn’t we just get another Smurfs movie?

yay pocahontas in space gets sequels

Why in the world would I want to know a date for a movie is coming out 8 years from now? Good lord lol 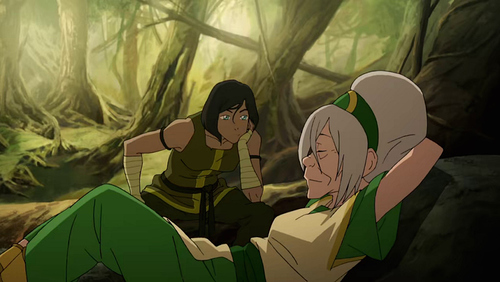 Pocahontas in space? Huh? What now?

Gargamel (the human) wants to exploit a resource held by the Smurfs (blue people) so he creates Smurfette (avatar) to infiltrate their society and gain their trust so he can accomplish said exploitation. But while the Smurfette is among the real Smurfs and learns about their society she has a change of heart and ultimately sides with the Smurfs and helps them fight off Gargamel to protect their society, and in turn make her a real Smurf.

Sometimes I feel like the only person on the Internet who enjoyed this movie.

I hated it. But if it’s any consolation, it made approximately a zillion dollars so clearly someone liked it.

Hey, just because you know a plant’s roots are stuck in manure doesn’t mean it isn’t a pretty flower. The movie has a plot that has been overused (Smurfs, Ferngully, Dances with Wolves, etc) but it still is an interesting take on the whole nature people fighting eco-terrorists story.

But yes, dances with wolves in space also

Eh, by then I probably wouldn’t care about seeing it. Looking back now, I have come to resent some of its themes, especially of its treatment of our species and the Na’vi. It came off feeling extremely condescending and absurd, that it’s becoming one of my disliked depictions of humans interacting with aliens stories.

I honestly got about 40 minutes into the 1st 1 before turning it off for good.It just didnt grab my attention like other movies have.For those of you who do like it though,i hope the next 1 rocks!

Now got a question: Did any of you found the 1st Avatar movie to be (almost) life-like and realistic as well as surreal, atmospheric, breathtaking, and immersive especially the environments as well as the flora and fauna of Pandora? I know I did here when I first saw it in theaters back in 2009

when i saw it in theaters holy hell it was beautiful. when i saw it on an insane 1080p HD TV (at the time 1080p was insane) i could see the CGI taking FPS dives LOL

For me, if there is a 3D version of a movie, I prefer to watch it that way. Watching Avatar, or any 3D movie in 2D is kinda like watching the original Wizard of Oz on a black & white TV. I mean sure you’re not missing any of the plot, but visuals typically expound on the atmosphere of the movie. There are exceptions when the 3d is lazily done (I’m looking at your 3D Conan), but for the most part…yeah I’d rather have my 3D. Sadly I’m apparently in the minority when it comes to 3D media.

Avatar Sequels Shut Down Production Due To Virus Outbreak

The much-anticipated sequels are shutting down filming due to COVID-19 pandemic. Avatar 2 is officially in the can, and now we can see a glimpse at a new Pandora setting. Avatar 2 Is Changing The Na’vi In An Intriguing Way

This could be interesting.