I recommend to him at first a $600 PC but he really wanted to go for a $300 PC and buy a GPU for it little did we know this $300 PC only holds low profile cards and even worse the PCIE Slot is at the bottom of the motherboard right near the bottom of the case so only single slot can fit.

If your PC is a SFF (Small Form Factor) you should pay attention also to the gpu power consumption.
Usually the motherboards for this type of machines have very low limits for pci-e slots (around 25/35 W) so, even if you have a power supply powerful enough, your motherboard could refuse to see the gpu card.

I think it will be fine its not my PC its someone else he is from the US infact.

I think its best he save up and get a totally new PC for games and just sell the one he currently has. Playing any game in this day and age at in anything less than 1080p is complete failure anyways so you mightaswell go back to CRT TVs and be done with it.

I will advise him to save up and buy a complete Gaming PC and be done with it.

Ok guys this is his PC what I am thinking is how about we let him buy a new ATX standard sized case? and just swap out the motherboard etc into the new case? then he can use a standard size GPU in it? 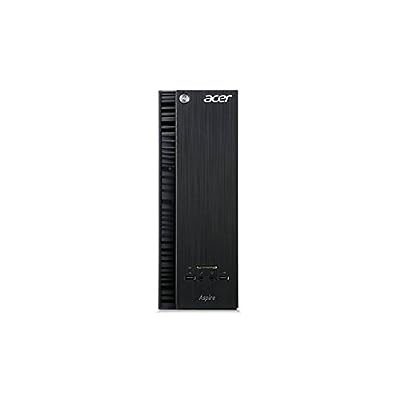 Since this PC has a haswell core i3 4160 shouldn’t it run the GTX 750 TI just fine? should have the required amount of watts right?

The CPU doesn’t determine wattage. You need to see what his PSU is and how much wattage it produces, then determine if the MoBo allows the correct amount of wattage to pass to the GPU.

But, looking at the low power usage across the entire system, it’s almost negligible to even consider the above.

So, yes, I would say that switching to a larger case would be fine. However, you need to be careful and make sure your MoBo fits into the case without having to redrill/thread s.crew placements. If you can do that, I’d say it would be able to handle the wattage required by the GPU.

So I told him to order a standard size mid tower and swap the parts he has never done this before as he is a console gamer but I told him to take the plunge and do it, if he can manage to swap all these parts he has basically built a new PC and to be honest in this day and age building a PC is so easy everything is automatic now. The Acer PSU is 250 Watts but honestly the entire power draw of that system is so low the GTX 750 TI is a really efficient card it dont even use external power.

So he will be ordering the new case and swapping the parts I have sent him a video on youtube to have an idea how to hook up a motherboard.

Yeah, I checked the Acer’s internals and it said it only required 213 watts even with a GTX 750 TI.

I recently built a pc myself and i cant play this game on it cuz my specs aren’t good enough yet i guess. The only stable way to play is on 360p… so I’m gonna upgrade my pc sum more, here’s a list of my current parts.

And a few other little accessories in there i hope i didn’t miss anything important, but yea i cant make ki look good at all compared to other games, could it be cuz my gpus vram is ddr3 and my ram is ddr4? Any advice to improve my ki spec or my pc would be greatly appreciated, Im still learning these pc things

Either way im soon gonna change the MoBo to have SLI and get two gtx 1070s, replace the power supply and cpu cooler to liquid and see what happens from there… im building this for vr not for this game lols, it’d be nice if this game supported 4k for pc gamers tho

yeah that 730 GT nvidia is VERY BAD those are horrible low end crappy video cards its like a scam really.

Cool thx i really only bought it cuz i ran short of cash n cuz the i7-6700k has its own gpu installed to use meanwhile. Good to know its cuz of gpu

Definitely your PC is in great shape, except for the terrible GPU. The CPU is way more than KI needs, and you have tons of ram. There are some sales here and there now on GTX 960’s which should run KI great. I run it on a GTX 750 at slightly lower than optimal settings.

@KingHadu moving the motherboard to a new case should be fine. And in fact, swapping the power supply is not very difficult either if you want more power. You should definitely do what @ziarist suggested and see if the motherboard will support that kind of power draw from the CPU. Also, a decent GPU may require separate power from the PSU, so you should make sure his current powersupply actually has some spare connectors. Most off the shelf PSU’s will have a good number, but if it is pre-built in the guts of a compact form factor PC, they have no reason to waste money and materials throwing in an extra set of wires. The PSU may be custom and in fact, one of the things that most PC builders do immediately if they ever get hold of a prebuilt rig is chuck the powersupply. This is a part that mass manufactured computers often skimp on. So just check it out first.

After that, there really isn’t a lot of art or skill required to move the motherboard or put together the pc in a different case. Just encourage your friend to watch some YouTube videos first and to have his tools and a plan all laid out before he starts, otherwise you can find yourself in the position of having delicate pc parts in one hand and a screwdriver in the other and realizing you need to reach across the room to get hold of the right screws, etc. etc.

^ thanks I will have him just buy the case first and see how it works out.

Since the GTX 750 TI don’t use any external power I think the default PSU should run it fine.

If you check a lot of benchmarks you notice that peak power usage is nowhere near what you actually need for a game like KI. I feel that his PC might be using a max of just 100 watts playing KI. The default acer PSU should work if not i will advise him to buy a new PSU.

I have a 750Watt Rosewill Gold Rated PSU with Japanese Chemi Con capacitors. This is actually a rebranded Superflower PSU I have tested a R9 290X Video Card on it in the past before selling it and switching to Nvidia. It practically runs anything without breaking a sweat.

A lot of times GPU manufactures over exaggerate PSU requirements.

Yes, the PSU requirements for GPUs include a safety margin. But this is in part because when there is not enough power to go around you get system instability etc. They don’t want people blaming their GPU for crashing the system when there isn’t enough power to go around. It’s a lot like overclocking. You can run almost anything significantly faster than it comes out of the box, but you have to balance the additional performance against heat, and stability etc. I would be less worried about the PSU supplying the required power and more worried about it being a piece of garbage that is just plain going to break after a short time of supplying power greater than anticipated. But he can always buy a PSU later.