Just a random topic I thought was worth discussing here.

The only movies I’ve seen recently are Creed, Mocking Jay Pt.2, and the Peanuts Movie. I actually liked the Peanuts Movie a lot too. I could honestly say it was the best movie of the year, but that’s coming from a kid who watched Snoopy, Come Home numerous times in their childhood.

How can you not be excited for Star Wars: The Force Awakens!?

As for good movies, really want to see Creed. Peanuts was good and mocking jay was pretty good but not great like the 1st two Hunger Games movies.

Jurassic World is one.

Though the new Gamera Movie and the upcoming Godzilla movie are pretty cool.

Godzilla and Jurassic World both brought a smile to my face, .and those are the last flicks I saw in theaters. Will probably wind up going to see The Force Awakens because missing out on a new Star Wars is kinda like missing the second coming of Christ in some social circles.

Otherwise I’ll occasionally browse Netflix with the girlfriend. Watched REC and Blood Glacier, which were both pretty decent (mainly REC for being one of the only found footage movies where stuff actually happens on camera) or maybe catching up on some of the more recent animes like School Live or One Punch Man.

To be perfectly Honest I don’t really watch movies or TV much these days, so my list is a bit dated. I think the last movie I watched was Willy Wonka and the Chocolate Factory like a month or two ago.

My Movie is KI.

Next Movie I’m gonna partake in:

TJ COMBO: BACK TO RISE IN RANKED

Promotional Poster for the Movie: 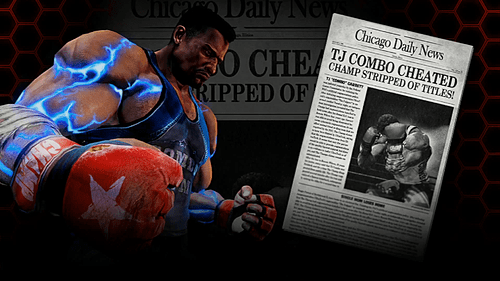