A few days ago, there was the confirmation that Turok Dinosaur Hunter and Seeds of Evil will be getting a remake.
And all of a sudden lots of information, artwork and screenshots surfaced from “Turok 2”, Which should be a Successor to the 2008 Reboot. It was canceled.

But it looked really cool and I hope that an experienced team will get a chance to develop this game. Because THIS is the Turok game what I’ve always wanted. 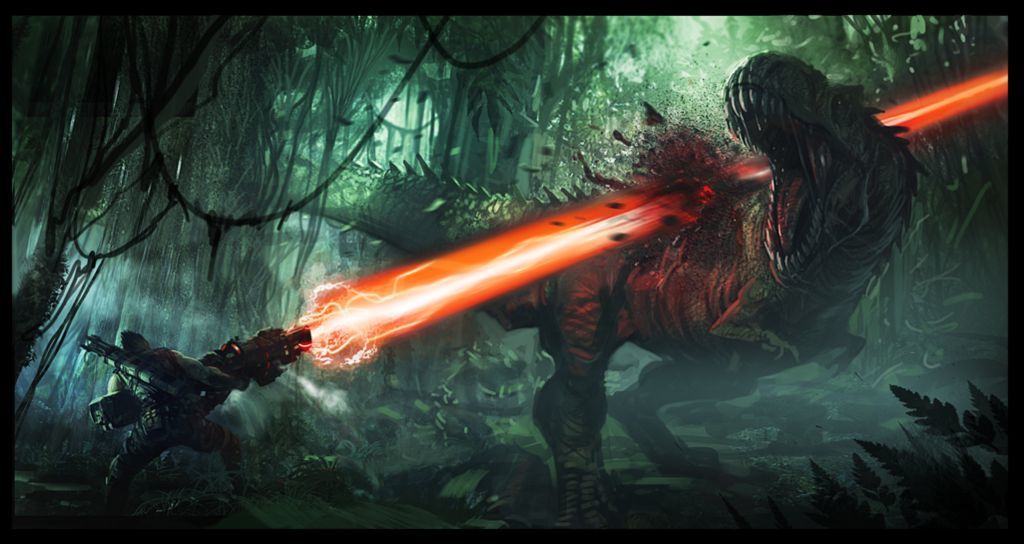 If you want to see the Artworks and Screenshots: http://www.neogaf.com/forum/showthread.php?t=678673&highlight=turok
And even more information to the canceled Turok 2: http://turok.wikia.com/wiki/Turok_2_(Cancelled)

IMO, the ONLY good Turok game was Turok 2 for the N64. It’s the 1 that had the cerebral bore - nasty piece of work, that thing…

I loved that game.
I played the hell out of 1 and 2
I would put the disco cheat in and just lmao at the dinosaurs wiggling around like they were having a seizure.
That cerebral bore weapon was brutal.
Drilling crunching and blood flying everywhere.

THIS is the Turok game what I’ve always wanted.

The Turok you’ve always wanted, is just a bunch of marines fighting dinosaurs? Why not go and play Ark, or ask for a new Dino Crisis or something?

For my part, I really want a proper Turok: a bewildering adventure-shooter set in a sprawling, confused, highly anachronistic Lost Land, a mystifying cosmic cesspit home to both staggering beauty and inconceivable horrors of immense scale and/or quantity, where entire civilizations at all levels of technological/sociological progress may as well have came into existence from nothing just yesterday and fallen into arbitrary positions/roles in the world, and have been under constant existential threat from, oh, say, a vicious militant race of simian dinosoids, for as long as they can remember.

Oh, and there are dinosaurs there, too, because the Lost Land drags in things from any point in any conceivable timeline, and just has to have the most high-stakes wilderness going.

This is a part of why I have always wanted to sympathise with Evolution. That damned game was promoted as being so much of what I just outlined, they talked about roughing your way through a dangerous and immense wilderness and also infiltrating heavily fortified bases and defending heavily populated future-cities, and acquiring increasingly sophisticated (and powerful) weaponry along the way…in a way that made me think that it was going to be one big open world where you went about this stuff. Didn’t help that previous Turoks (hello, Turok 2) presented you with dauntingly open maps to pick your way through as your competence dictated, I guess. That made running into a wall not 10 metres off the beaten path in the beginning pretty disappointing, let alone finding that the game channeled the player down a criminally linear, cut-up sequence of set piece encounters. And it also turned out that there was plenty else wrong with that game. But I guess I found the guns and much of the action satisfying, and thematically I still hold it up as the last Turok game to actually try to be a goddamn Turok game.

This is all to say, that I really hope Disney never brings their cancelled abomination back into development. Or that they rebrand it. Hopefully they don’t even touch the license ever again, and eventually just quietly sell it to someone who actually knows what they’re doing.

That reboot that Propaganda produced may have been a half-okay game, and may’ve even evoke some of the features people remember liking about the original games – dinosaurs, increasingly crazy weaponry, sci-fi elements, a Native American protagonist, etc – but it’s a goddamn space marine shooter. Clearly it was conceived in a cynical marketing department by people who saw the creative core of the franchise as just a hindrance that needed to be ejected to clear room for the then least risky game concept in the AAA space, so they could make a (somewhat) predictable return on the big risky AAA cash injection they put into the game. The only value that Disney seems to see in the Turok brand the sense of nostalgia and brand acceptance it conjures – and those can be difficult/expensive things to build from scratch, so I understand wanting to pull some amount of that out of a filing cabinet of existing properties – but by solely valuing promotion over even loose integrity to the source material, you’re disassociating the thing people want from the label they refer to it by, hence putting that thing further out of reach.

And for people who want that thing (e.g. me), that’s obviously really ■■■■■■. So hopefully something crazy happens and they sell it or lose the rights somehow, and someone who cares picks it up. But I’m not hopeful.

The Turok you’ve always wanted, is just a bunch of marines fighting dinosaurs?

Just a bunch of marines fightig dinosaurs ?
control over Raptors (if you look closely you can se the hud) 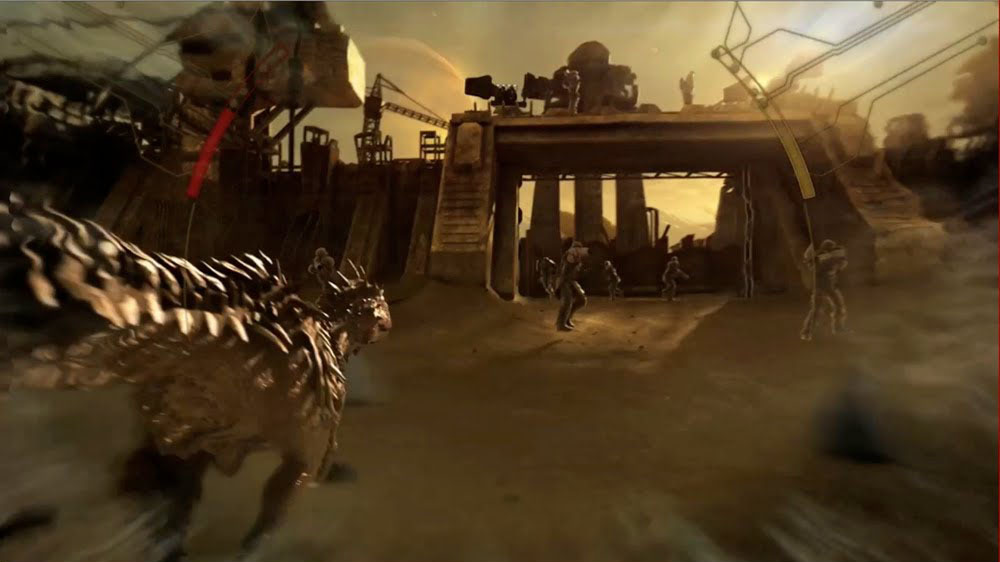 6SXVEjh.jpg1000×562 65 KB
Different Types of Dinosaurs depending on the Environment (Desert, Jungle and Swamp) 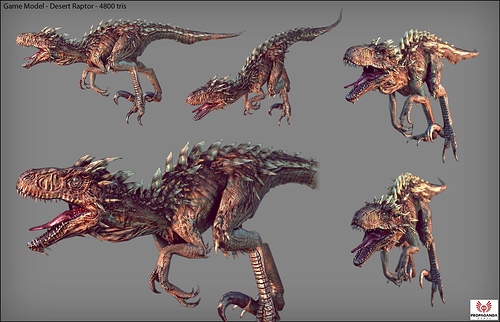 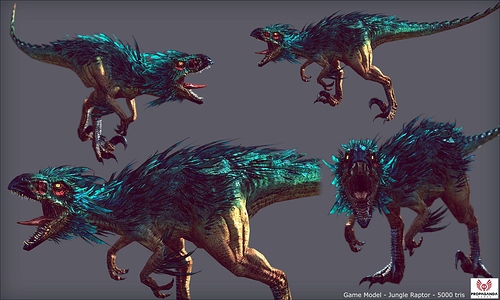 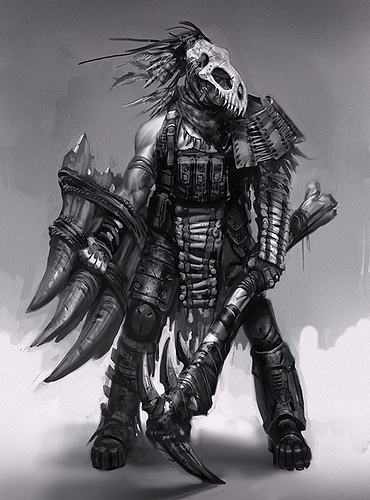 bauXbVo.jpg488×658 232 KB
I could go on why this would be an awesome Game. It was already to the half finished when it was canceled by Disney.

Why not go and play Ark, or ask for a new Dino Crisis or something?

I already have ARK but I don’t like Dino Crisis.
No other Game has that feeling that Turok has (I even like the Reboot) and that’s why I want a new Turok!

cerebral bore…still one of the most brutal weapons in FPS history imo lol. you take a gun, take a page from that old horror movie Phantasm, put it together and that is what you get lol. that said, Turok 2 was amazing but ■■■■ i would always be lost in the stages. not even the ■■■■■■ strategy guide knew where to go LOL

Has anyone here finished it on N64? Aim recentering was awful, had to play the pc version cos of it. If a new Turok was to get made I’d love it if he looked like this. 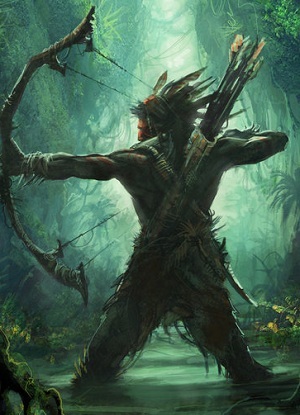 The reboot on the X360 was terrible. It would be cool to get a decent, modern version at some point.

I beat the first two Turok games on N64. Back in the days where I had time to play games (i.e. college) that were frustrating and you had to repeat levels over and over again. Today, that would be considered poor game design (except if it was Turok Souls…).

The thing about Turok is that it really was a product of the era. Half of the fun of Turok on N64 was “Hey look. A dinosaur! Made of polygons!!! And it has a laser on it’s head!!!” Much of the challenge of the game was actually using the analog stick to aim (with your left hand - which has to this day ruined my brother for modern FPS games so he has to invert the sticks). Trying to get a shot off in less than ten seconds accurately with Turok’s bow took real skill. The rest of the game was half Doom (so I don’t really see the point of people complaining that the reboot was a “space marine shooter…” Yeah, so was the original), and half first person jumping puzzle platformer.

I loved Turok. But the gameplay, if you simply transitioned it to a game with modern graphics simply doesn’t hold up. No one wants to play jumping puzzles in their FPS today - and I don’t blame them. Although the Doom model has never quite died, with games like Serious Sam having a cult following, arguably people don’t want to play that game anymore either and it’s certainly not enough just to have a few dinosaurs showing up after you blast all the lizard men. So then, if they remake it they have to change the gameplay mechanics - and then people complain that it’s “not Turok.”

I think there is potential for a great Turok game. But it will take some outside the box thinking and I doubt we will see it.

Turok is like Shadowrun to me. I loved this game. Never tried the reboot.

if they make another Turok, i hope they give us more unique guns. to me that was what was so awesome about those games. the guns themselves were amazing and fun as hell to use. did anyone ever play the gamecube one? that was a great one too, but my copy of it was bugged! it was so weird, i would have all the guns right…but the level wouldnt spawn the ammo for them. so i was limited to just a few select weapons each stage. lol

I beat the 2 N64 Turoks! I remember the boss on the 1st one was like some skull faced dude…all you had to do was run in circles non stop and blast him until he died. I loved that game.

my dad even liked it back then and he doesn’t care for games…i would catch him playing it when id come in from skateboarding or something like that. lol

I actually still have Seeds of Evil and Zelda for my N64 out back in my shop!!