2014 Christmas accessories - Bring it back!

Do you remember this?

Yeah, these Christmas accessories were given at the end of 2014 to everybody who had only logged in the game. They’re simple, but pretty cool!

The thing is, KI came to PC and a bunch of players hadn’t the opportunity to get these accessories because the game was Xbox One’s exclusive. I’m one of them.

Wouldn’t it be cool if Microsoft give us (new players and PC players) the opportunity to get these accessories too, at the end of this year on Christmas? Or even add more stuff to other characters (plus bring those back, of course)?

To be honest, I wouldn’t mind if I had to purchase them with KI Gold, but of course, I prefer them for free as it was.

I would like the chance for anything extra. I love when games do holiday events and things like this.

Yup, those are cool, and I’m wanting to say that at one point (maybe last year?) they were re-released, but I honestly wouldn’t be surprised if in a little over a month we might see them pop up again.

Also, they need to make a new color for retro Spinal where he looks like he’s made out of candy canes. Personally I thought Aganos would look better as a Christmas tree…kinda like this, although this one is more of a joke meme: 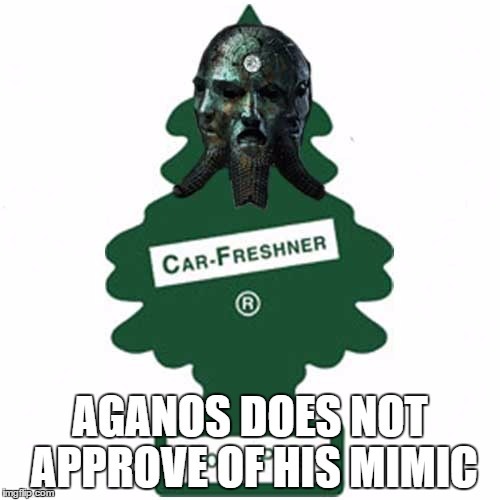 Aganos as a Christmas tree would be hilarious! LMAO!

Well, new stuff would be awesome too. Personally, I wanna that Sabrewulf’s reindeer costume! That was sooo adorable! XD

Aganos as a Xmas Tree would be worth paying KI gold for. But what I have wanted for a long time for him is a big Frosty the Snowman kind of costume. He’d have stones on his belly. And when he takes stones out to put up a wall it would look like he is taking off his belly button.

Have you guys ever looked at DoA5’s stuff? I played that game in March and like 1/8 of the players had Santa costumes on and stuff. I had never seen so many extra costumes. And it seemed like it was a smaller game too.

Yeah, DOA5 kind of went overboard with the accessories. IIRC it’d cost somewhere close to $900 to get them all.

(better bring this topic back than create another one… lol)

Well, I wonder why they didn’t brought them back this year. I’m kinda sad now.

@BlitzedKraig talked about this on his 12/9 Textual Stream, I was hoping for a good news.

12/9 Textual Stream - The One that Wraps the Community Survey

theGAME603
Are there any new ‘christmass’ costumes coming this year?We had some a couple years back.
Good idea, we’ll investigate to see if we can make those available again.