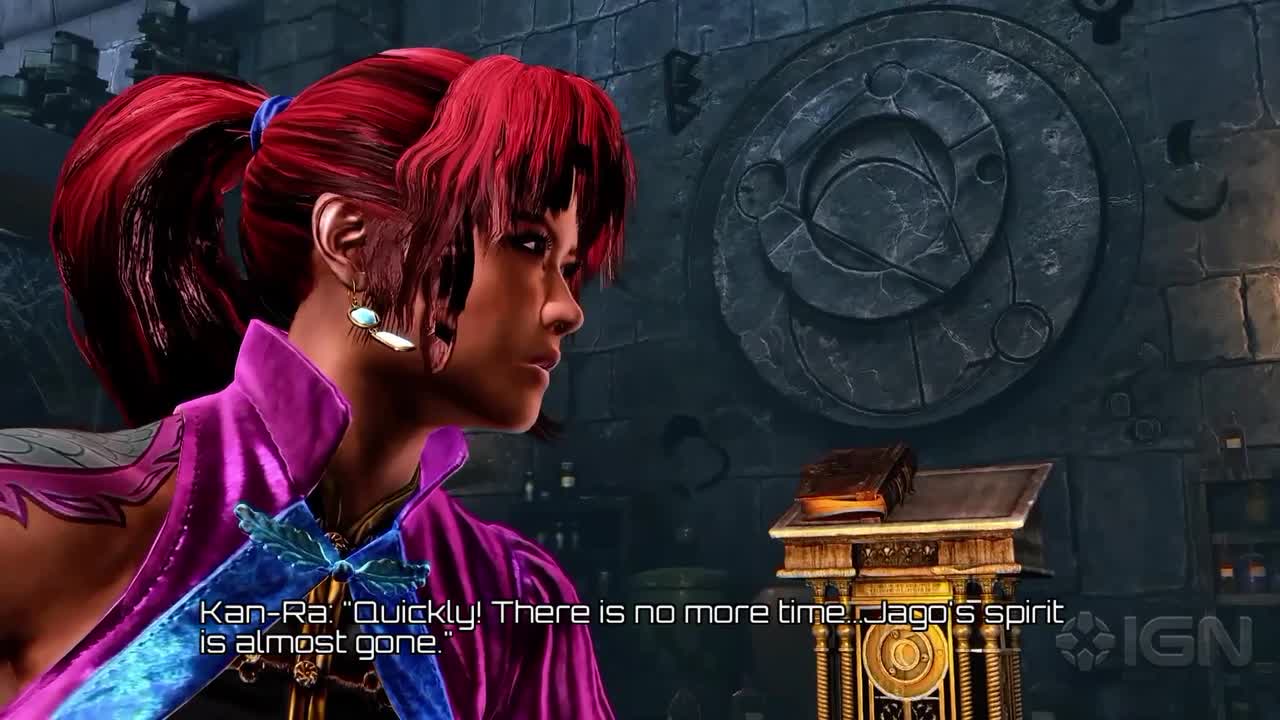 The Xbox One and PC fighter is about to expand with a new story mode called Shadow Lords. Here's a taste of what it'll be like.

Not as cringe-worthy as the E3 PR-centric fake-hype presentation since it’s not 3 IG and MS employees patting each other on their backs over and over, but still disappointing.

They had THREE seasons, THREE attempts at a story mode and we got a silent XCom clone with rehashed everything and S2-level “cutscenes”.

All I wanted were a few nice pre and post-fight cutscenes showing Jago falling to Shadow power, everyone helping him, then Omen taking over then Gargos final boss.

Instead we skipped over Shadow Jago, Aria was not threatening at all, and Omen, Gargos and Eyedol are just some repeating figures in a silent text-based XCom mode where you fight the same people over and over with green effects.

As opposed to a redundant 8-fight ladder that gets played once and never again?

Yeah, I’ll happily take a XCom mode unlike that of which has been seen in fighting games since Soul Calibur over some rehashed BS arcade ladder any day. Redoing Jago’s story with the addition of a Gargos fight is sub-basement levels of expectation.

In my opinion, nothing in the genre is more “cringe-worthy” than redundant arcade ladders disguised as a “story”, especially when fighting games are traditionally a narrative wasteland. If I want a good story, I read a book.

Gee. Let them just randomly pull thousands of dollars out of their butts. What did you expect with such a small budget and small time? It least they’re trying something unique with the fighting game genre.

“Evolve or die…make your choice.”

That last one, that’s the one. It’s kind of the motto of the industry at this point. 'Bout time the nostalgics of the world either accept it or just stick to the ancient stuff they love.

I’m not saying it purely because it’s a good line (I love it personally) but there is some truth to it. Like back in the 90’s for fighters or early 2000s, essentially cut scene wise we didn’t get much. Stuff was kinda simple “oh bad guy loses, the world is saved yipee kayyeah.”

Fight your ladder defeat the boss call it a day. Probably never touch the ladder again (varies from person to person.)

In this day and age where budgets can be bigger, technology is more advanced and more resources available, I do kinda expect more then what was brought in the 90s. I mean NRS and capcom went out and made actual story modes. Great, awesome.

IG is trying their take on something different and so far I’m liking it.

Not all change is good, but change in general is a subjective term.

I encourage companies to take those bold steps and try something new. Will it always work? Maybe not, but as even keits says “Just do it and see what happens.”

Take evolve for example, they dumbed down the game for noobies (evolve stage 2). I liked the way they presented it when it first released last year. I’m not a huge fan of the stage 2 changes they made because some gamers can’t do simple things. Will I stop playing it? Well…it kinda depends…online…maybe. single player no, because I still like the characters, the lore, the gameplay and the setting.

I want SL AND a ladder compatible with all fighters. As for cinematic story modes, I have mkxl and I haven’t touched it since I finished the story mode. And I don’t see myself going back to play the story ever again lol

Since when did IG or Microsoft ever promised that there would be cutscene-based storyline for KI? This is a budget game, not a Mk ripoff, you better learn to get used to it.

Plus if Shadow Lords isn’t your cup of tea, just ignore it and focus on other modes instead.