I’m relatively certain the Xbox Party chat will be cross platform, but it will be good to confirm.

Everything else is just speculation. The rumor mill is that the Series S is an XboxOneX+ with some next gen capabilities added on. If this is true then it really does look like MS is fundamentally moving away from the “console” launch approach and into a “suite of compatible hardware models for different users” approach. I have a feeling the “Twitter-verse” is going to hate this approach but a huge number of people are going to see that $300 price tag and be convinced.

Allegedly the Series S will use a 512GB* SSD for internal storage, and set its standard at a 1440p resolution. If they’re still going to offer 1080p performance settings, that’s a good (potentially even amazing) deal for $300.

MS is fundamentally moving away from the “console” launch approach and into a “suite of compatible hardware models for different users” approach.

I love this approach, personally, as I’ve mentioned before. A unified Xbox platform between PC, console, and mobile? Yes please.

I actually really like the look of the Xbox Series S compared to the Xbox Series X, it’ll look far better in an entertainment centre, and the specs thus far are good. My only grief is the lack of a disc drive. I’ve gone all-digital anyway, so it’s not world-ending, but that means no backwards compatibility on the unit (well, for my disc-based library) and also no Blu-ray Discs/DVD’s.

Still, if my Xbox One X conked out soon, this is likely what I’d replace it with.

Okay so we can play our xbox one games on the xbox series x? I hope so because I still have KI and Soul Calibur VI which are game sI still want to play.

As far as I’ve seen, everything that you can get on Xbox One currently, including 360 and original Xbox games available on XBL, should also be available on Series X/S day one. I could be wrong on that though.

I’m honestly rather torn on this upcoming generation. Neither Sony nor MS appear ready for it at all, and that’s fine given the state of the world right now. But I wish they’d either delay the consoles or show more games that would interest me. Right now, I’m leaning 51/49 toward PS5 because the new Ratchet & Clank looks really fun. But I haven’t seen any other games in any franchises that I’ve enjoyed in the past that interest me, including any fighting games whatsoever, and none of the new IPs really look all that exciting either.

I dunno, is anyone here really hyped about one system or the other? I tend to get Xbox first and then Playstation later, at least that’s what I’ve done the last two generations. Now I’m just not sure if want either of them at launch.

I will say though, $300 and $500 are nice price points. I think most people thought the Series X would be $600 or even more. I’ll be really curious to see if Sony meets those prices or goes even lower. I’ll be really surprised if the latter occurs.

As far as I’ve seen, everything that you can get on Xbox One currently, including 360 and original Xbox games available on XBL, should also be available on Series X/S day one.

^This is correct as far as we know.

I dunno, is anyone here really hyped about one system or the other?

I haven’t been hyped for a console since the Xbox 360. For Microsoft specifically, since they’re going PC style and everything at launch will work on Xbox One platforms, there’s little reason to buy a new console at launch.

For Sony, well, they’ve burned me before and I have no intention of buying any of their consoles/video game products ever again, so they’re off the table for me anyway.

In general though, I find most consoles at launch tend to be lackluster to warrant the day 1 purchase. This was the case with the Xbox 360 as well. I waited a year until a good exclusive game came along (Gears of War).

Yeah, I think this is where backwards compatibility comes in - right at launch. I have a bunch of XboxOne games that I haven’t finished with and if I can upgrade - without new controllers - and still play these old games that really makes life easier for me.

I have an atypical use case for my consoles, but it’s not unheard of. I have a OneX set up on our biggest, best 4K tv in the basement entertainment area. In that same room I have built an arcade station which is primarily running an older Xbox One. I also have an Xbox one on the main floor running essentially as a streaming video device (I had an extra lying around when I upgraded to the OneX). Because I am increasingly playing games with my son, online, two of these consoles are running at any one time.

There’s zero chance I am upgrading these three consoles to Xbox Series X. It just doesn’t make sense. But with a Series S option, at $300 it’s definitely something I might consider to replace one of the older Xbox One units, or upgrade the OneX and move it to a different slot.

I don’t know if I will do any of that, but it’s just an illustration of why versatility in the lineup is good. And heck, if Sony takes the cue and releases a $300 PS5 sku that’s nothing but good for gamers.

if Sony takes the cue and releases a $300 PS5 sku that’s nothing but good for gamers.

Agreed. Sony hasn’t revealed pricing yet, and I’m curious how much their all digital PlayStation 5 will be.

For Microsoft, I do believe they’re starting off this generation far, far better than the last.

I’m not sure I would trust the specs on the Wiki at this point. And it can be really hard to translate specs into performance. For example, the Series S takes advantage of the improved load times from the SSD. Supposedly it supports “ray tracing” and I’m no longer up enough on graphics boards to tell you if this was a capability that relates to raw power or something else.

As an example, I’ve been enjoying new Avengers game - especially with my son and my brother and nephew online. It looks amazing on OneX but runs like trash on the One. Frankly it’s amazing it works as well as it does. Point being, if I could replace my One with a Series S that performed only as well as my OneX but had enhanced load times and played Ssries X games at $300, it’s something I would think about.

I’m not sure I would trust the specs on the Wiki at this point. And it can be really hard to translate specs into performance.

Oh, absolutely. When specs are formally revealed, and when tech demos are properly released, it’ll be interesting to see. I’m confident Digital Foundry will do a good comparison.

For the new Avengers game, what issues is it having on the base Xbox One?

Avengers has a lot of frame rate drops when things get crazy on screen. It’s oddly playable despite these drops, partly because it’s a tap, tap, tap, combo system (not unlike Tekken) and most of the gameplay doesn’t require super precision. And to be fair, it’s not a constant problem, but if the Xbox One was my only available play experience I would be kind of put out by this. But as it is I’m happy to be able to play along with my son (he gets the good TV and the OneX because I’m a good dad

More info in the Series S. They keep insisting it’s capable of 4K 120fps but it seems clear that’s marketing. The design team developed it to run at 1080 and deliver a next gen graphics experience at that resolution. Frankly, I think that’s smart. I have 2 4K TVs and only in one of them (65 inches) can you reliably tell the difference between 1080 and 1440p. Giving people the choice to game at 1080 for $300 and 4K for $500 Seems like solid, consumer friendly, smart business. MS is getting my faith back slowly but surely here.

They keep insisting it’s capable of 4K 120fps but it seems clear that’s marketing. The design team developed it to run at 1080 and deliver a next gen graphics experience at that resolution.

…Seems like solid, consumer friendly, smart business. MS is getting my faith back slowly but surely here.

Absolutely, I’ve gotten that vibe for a while now and I’m glad to see it looks to be true. Empowerment to the consumer is great, and a far cry from how they started the current generation!

This is what the keep saying, you are correct. I just confuse myself because I forget that 4K is 2160p. So yeah, they are going for supersampled 1080p display.

It’ll be interesting to see how it performs.

I’ve already seen people saying that the Xbox Series S is more powerful than the PlayStation 5, though that I’m skeptical on.

Have the full specs for Sony’s console been revealed yet? I know the price hasn’t been.

I believe Mark Cerny gave a presentation on the PS5 specs a few months ago so I think they are known. I don’t pay that much attention because I think specs are misleading at this point. It’s clear the Series X can do more math per second than the PS5 but what that means in terms of performance is going to depend on the system architecture (which both companies keep bragging about) the developer tools and the operating system - ie if Xbox hogs 20% of the processing power to run Kinect it won’t matter that it’s pushing more teraflops. Likewise, I’d be astonished if the Series S had more processing power than the PS5, but if it simply doesn’t try to process games in 4K it may not need that power and few people are set up to notice the difference.

TL;DR I think you can find the PS5 specs out there.

The CPUs are quite close to each other at least on the surface-level specs, though otherwise the Series S is packing roughly half the horsepower that the PS5 has overall.

It’s not surprising, as one is meant to be equipped for native 4K and the other isn’t. Conversely, the Series X beats out the PS5 in every respect except the SSD specs and equal RAM.

Thanks for the info!

It’ll be very interesting to see how each console performs. 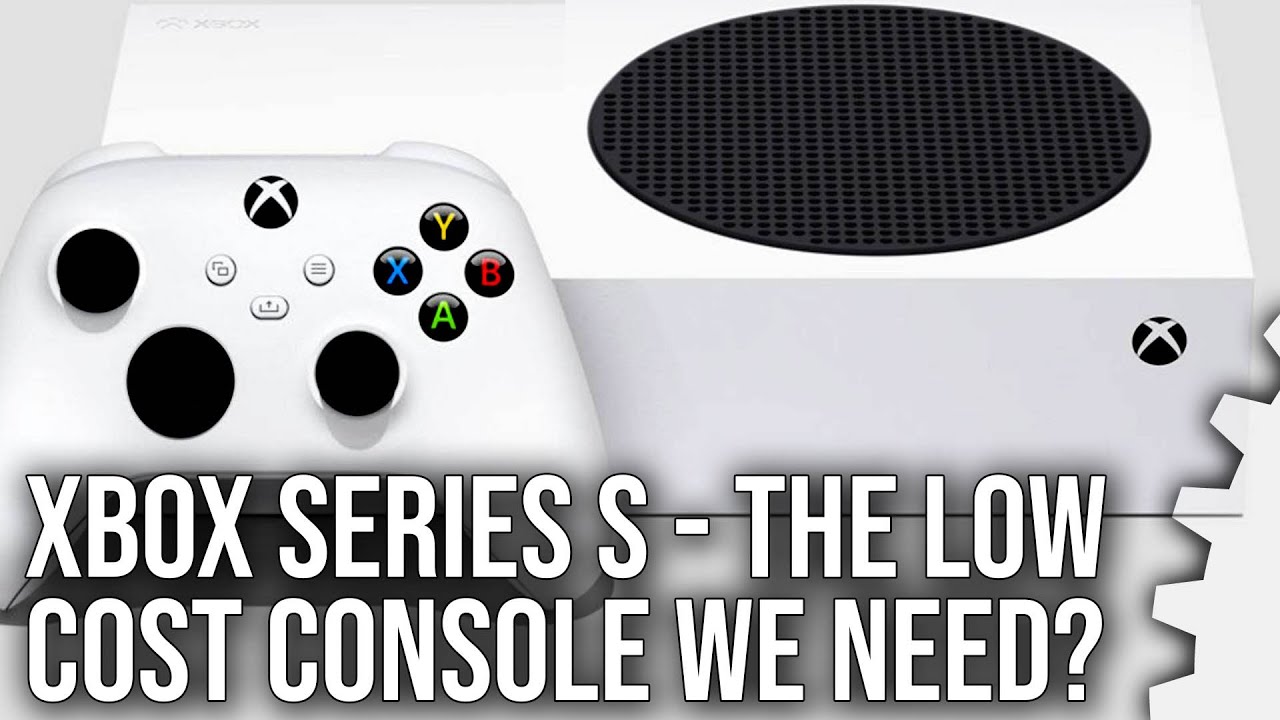 Great information thanks for sharing
vmware