What's goin on in KI Community?

After all I've sacrificed for this game & this community. Just wow.

There are rumors about some KI community members having a bad behaviour. Anybody knows what actually happened?

Pay it no mind, it’s not worth looking into.

Here’s the information is you’re curious. This is the first post in the series of posts about the situation. 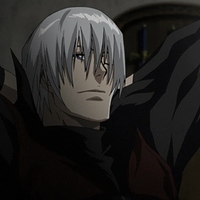 Do you think we've spoilt as a community?

Our behaviour as a community is really disgraceful now. Not all of us of course, but it's really beginning to show. I was on the Twitch chat today for the Killer Instinct Pro League and all I saw was people constantly complaining to @TheKeits about...

Pay it no mind, it’s not worth looking into.

If you ask me, this is an issue that the entire community should be aware of. You probably know more about how a community/forum works than I do, but I just don’t see how ignoring the problem is going to solve it.

This is another matter, which is why I say it’s not worth looking into.

I feel it all fits into the same theme, though.

If you want to continue this debate, maybe we should take it to messages.

I smell Trolls… Could be an attack…

I can’t speak for the entire community but I think here in the forums at least we’re doing just fine.

Other than the Halo community, the FGC is one of the most dramatic I’ve ever been involved in. It’s like they have to have drama, with the pros being the biggest culprits. It goes both ways though. No offense to Keits, I’m grateful for his hard work, but he kind of drives a lot of the drama with his comments instead of letting it go so it’ll end. In other words, he gives a lot of it power and notoriety.
Personally, I get a little tired of drama from these guys. Just play the game.

I can’t speak for the entire community but I think here in the forums at least we’re doing just fine.

When in reality, you can say whatever you want as long as you’re a decent human being about it.

IMO it’s not necessarily the community but the general public.
As with anything, when something gains popularity it brings along those whose sole purpose is to downgrade the atmosphere and infect it with negativity.

I feel this is a bit different than Most disagreements some may have here in our forums.

From what I saw of this most recent stream, it was amazingly corrupt with nasty outsiders.

Outsiders have always been bothering KI, and we’ve always ignored them.

This problem is from people who are already a part of the KI Community, some of which represent this game for others to see at tournaments.

i know for many of them that’s because season 3 is at its end and with retail version in august we couldn’t hope too much in a season 4. so despite all this, and despite the game also has useless chars as rash, raam and the arbiter, the fact eyedol isn’t still confirmed makes many members very nervous, they fear the incoming of another stupid guest/new char in the roster. some others fear that eyedol will be only the name of the char, that will be heavily different from the original, too much to call him with that name again… this is what happened with gargos too.

First off, retail version in August? Where’d you get that from?

Also, guest character controversy isn’t really the part of the problem, nor redesigns of the bosses. That’s more personal opinion. It becomes a problem if you lash out at the developers for it.

I think stuff is ok around here, most people are nice enough.
At least some of the more vocal people like @Marbledecker @TheNinjaOstrich @BHswordsman09 and @GalacticGeek all mean well and try to keep toxicity to a minimum.

Pfft. I’m like the most Toxic of them all!

No offense to Keits, I’m grateful for his hard work, but he kind of drives a lot of the drama with his comments instead of letting it go so it’ll end. In other words, he gives a lot of it power and notoriety.Personally, I get a little tired of drama from these guys. Just play the game.

Agreed. Keits is a skilled developer but he really does pour more gas into the fire and keeps the drama alive, along with some, or if not, all the fgc pros/tournament players. It was brought to my attention a short while ago that keits was insulting people of the ultra combo forums during the gargos stream, calling them “neogaffers” and what not. I say just play the game, drama is for middle school kids.

I don’t know exactly what happened within the community, but, Killer Instinct is in season 3, it has grown immensely from the KI super fans of the past, to integrating now some Halo and Gears communities, also integrating PC players and lots of new KI players through the free game pay for content you want method of promoting this game.

The community is growing rapidly, which means the amount of people who will voice opinions is also growing, that includes more conflict because not everyone thinks alike. It is impossible to control a community this large, and keep everyone happy. I’m no saint either, I’ve complained to high heaven about all the changes Fulgore got, but after a while and when I started getting better at the game and learning FG’s in general, I started to understand their changes rather than looking at it like a fan boy. He is and always will be my Mario, my Mega man, my Kirby, my favorite character of all time. So I know a lot of people are passionate, but stay passionate don’t become fanatical. It’s ok to protest changes, but it’s always best to try and understand it first.

This type of behavior also goes to those who are replying to others on the forums. If someone says something, at first, always try to see it as they are trying to help you, some people are more blunt than others. If something they say is off or misplaced or you know via data that it is wrong, kindly point them in the right direction. Show your reasoning don’t just tell them off. The community is only as good as the sum of its parts. I don’t know nor will I care who started what or who fuels what. You can either be part of the problem, or not be. All I know is there were times I left the forums and the fan page due to toxicity, League of Legends suffered the same fate. Grew too large, community became toxic, and lots of people just left.

I don’t want to feel ousted from this community, but sometimes people are just too forward, too you’re wrong I’m right, gotta build up the idea of being humble and not carry such an ego. It’s ok to be proud, be intelligent, have knowledge of the game, but within that has to be a level of respect so that people will view you as a teacher or someone to look to for advice. Not a put down. I’ve been trying to watch what I say and how I say it since everyone seems to be on edge, short fuse, but I think it would be a lot better if people just took a step back, breathe, and think back 5 years when everyone thought KI3 was impossible. It’s here! It’s good! It’s fun! It’s a lot more balanced than anything else I’ve ever played! We have everyone but Eyedol, do we want him? Sure, can we understand if he doesn’t make it? I think we can. People loved KI 2 and that didn’t have Cinder, Thunder, or Riptor. We have all but 1 boss back. That’s more than a lot of games get.

I know this is long, but, I know this community can be better than what it has shown recently. You want people to come to the KI community, not run away for sake of sanity. I know I’ve been recruiting tons of my friends to play this game. Shadow Lords has a LOAD of them super hype as they don’t like the competitive aspect of FG’s but that is a mode anyone can do. It’s a game, it’s supposed to be fun, there will always be someone better than you, the only way to beat them is to train. If you don’t want to train, that’s up to each player but if you don’t make yourself better, you can’t expect the world to cater to you. Build yourself into a good person, show the respect you want in return. Now c’mon community, let’s reboot the Hype train!

Why can’t people just play the damn game and be happy? Jesus… if I wanted drama, I’d step into my time machine and go back to my junior year in high school.

When in reality, you can say whatever you want as long as you’re a decent human being about it.

This is true just about anywhere.