We got 3 examples in his trailer, I’d like to fill the list up to the entire cast.
Here are my Ideas, I’ll add any good suggestions from the replies.

Jago: I’d be ashamed to show my face too, if I mistook a Daemon for a God.
Sabrewulf: You claim to be a man trapped in the body of a beast, but all I see is a monster.
Glacius: You think a shell of ice will protect you, lets see how it fares against my hot blade.
Thunder: We must all learn to accept what has been lost, I know this very well.
Sadira: You think of killing as your art, you should stick to catching flies.
Orchid: Some cat you are, can’t even catch it’s mouse.
Spinal: "For the dead there is only one rule, stay dead."
Fulgore: You tried to vanish and appear behind me, you should have just vanished.
Shadow Jago: You claim to be strongest, but fight with power that is not truly yours.

Combo: To rely solely on your fists is impressive, until you come to face my sword.
Maya: So long your weapons are your nemesis, you will never reach my strength.
Kan-Ra: You desire immortality, but you will only live to regret it.
Riptor: "You play at being a dragon little one; play time is over."
Omen: "You were fast, until I hit you."
Aganos: The bigger they are, the harder they fall.
Hisako: "For the dead there is only one rule, stay dead."
Cinder: You think your comments are appreciated, but your only blowing hot air.
Aria: Use as many bodies as you wish, they will never overcome my undying spirit.

Rash: If you hope to fight on battlegrounds of men, you should stop behaving like a child.
Kim Wu: Destiny is not to be taken lightly young one, the path is never easy.
-Arbiter:
Tusk: Everything dies, except me… and you?

Arbiter could be a play on one of his own quotes.
"You seek to best me in swordsmanship… Were it so easy…"
Great list , btw

For Arbiter it should be “If you came to here me beg, you will be disappointed!”

That was fun! What a great idea! I’d like to read more!

For Mira
Tusk: WHAT DID I SAY ABOUT STAYING DEAD! OMG NO ONE LISTENS!

but for reals
Tusk: I wish for death AND YOU SQUANDER IT!

Having too much fun with the undead ones, maybe I should change Hisako’s Y/N?

For MiraTusk: WHAT DID I SAY ABOUT STAYING DEAD! OMG NO ONE LISTENS!

WHAT DID I SAY ABOUT STAYING DEAD! OMG NO ONE LISTENS! 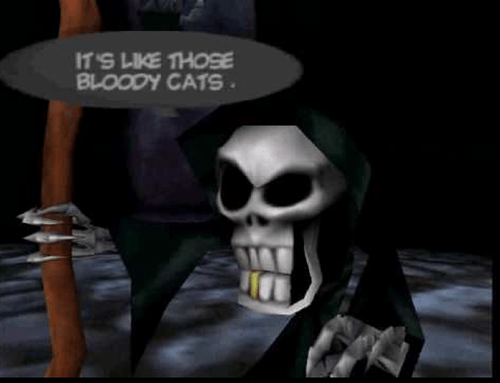 I need this in my life, make it happen ig. I love the back and forth in MKX but just having character specific dialog for win quotes would be enough.

I know some characters don’t talk, they don’t need to. Just give it to the ones who are suited for witty one liners. I’d go as far as to say make different animations and gestures for the ones who don’t talk, for example I don’t think scrap metal is on Riptors diet. :S

Make those his outros after defeating his opponent!

Mira: You reek of the undead, milady.

Jago: You are a worthy swordsman, my friend. Perhaps I can consider you as one of my adversaries.
Sabrewulf: It’s like I’m facing Fenrir in you for the first time.
Glacius: Hah! Your ice doesn’t come close Ymir and his fellow frost giants!
Shadow Jago: It’s sad to see you’re not strong enough to fight your own darkness.

These are really cool.

Glacius: You think a shell of ice will protect you, lets see how it fares against my hot blade.

And then he “fixes the cable”?

Over the weekend at KIWC I met Chris the voice of Tusk and I got him to do these Tusk voice overs for fun. We recorded the last bit of one of them. LOL… it was so fun and he was super cool! Probably the coolest guy at the entire event. He was all smiles all the time.