After overlooking the LCD vs Adam interview i heard a convo about costumes and as a big dead or alive fan i believe KI s3 should adopt there style of massive dlc costumes for different genres styles etc whether it be bathing suits halloween costumes anime outifts anything i think it would diversify KI as it already is.

I’d like it to be sparse. I don’t want full DOA. The only way that would be justified is making the characters obtainable by in-game currency that could be acquired by playing. Like LoL does.

I’d rather they spend their time and effort re-doing S1 retros first.

tWell I don’t think bathing suits would sell well on KI since that’s not exactly the same demographic as DoA but if they do a summer skin pack like League of Legends I think that would be a bit better. Also, here is where I shamelessly plug the skins DLC thread I made a while back

If you guys haven’t kept up with Adam in his latest interview he revealed that the team has wanted to add new costumes but that there has been issues in how they would release new costumes. First off is how would they monetize it. Now obviously I think everyone would love to just receive new costumes but real talk they need to make money back so adding it to the already released ultra editions would probably never happen. So the question is would you buy new costumes/accessories as stand alone… 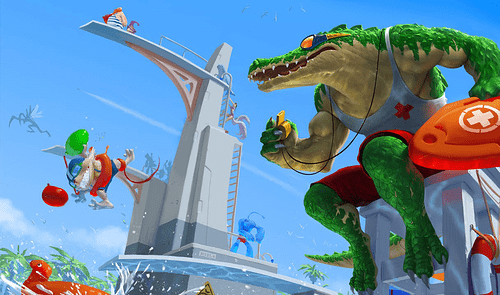 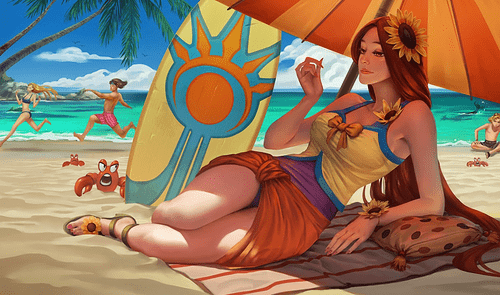 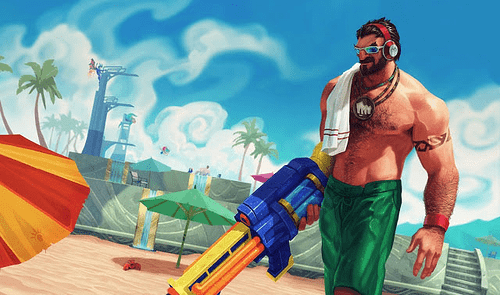 I’d love to see outfit packs released for KI characters. I’d want them to be cool reimaginings that are relevant to the characters, not a theme that everyone gets like “everyone wearing beach outfits” or “everyone dressed as an animal.”

Just a few examples. Stuff that these characters could have or would have worn at some point, but outside their current look.

Some might be harder to do than others, but these are the types of ideas I’d pay money for as opposed to more colors or something like that (which would be nice, but still). Maybe $10-$12 for all character outfits S1 through S3, $5-$7 and you can pick any 9 outfits (a season’s worth) between any of the three seasons or $1-$2 for any one outfit you want. Somewhere in that range.

I just want a common theme for costumes. I don’t necessarily mean swimsuits, holiday costumes, which are welcome too of course. No, I mean themes tied to stages or events in KI. Relevant and cool.

not a theme that everyone gets like “everyone wearing beach outfits” or “everyone dressed as an animal.”

The nightmares of Kan-Ra in a Speedo.

I think that if they do come up with alternative costumes/accessories, it should stay true to the character. There’s a lot that can be explored with character’s current styles without doing things like “beach party” or “casual Fridays”. More Arabic or Thai themed stuff for Sadira, more military gear for Orchid, Monk themed stuff for Jago, different blade sets for Fulgore, dragon stuff for Riptor, TJ’s old boxing gloves on his retro, etc. Lots of stuff in the S1 concept art galleries that never got in we could use for inspiration.

That doesn’t mean there isn’t room for goofy accessories though. I’d love to see more holiday themed items or references to other properties owned by MS/RareWare (or maybe Divekick).

I think mean a banana-hammock.

I need my Aganos to have a skin tight one-piece bathing suit and floaties, please.

more costumes - better
but I personnaly would prefer alternative intro animations and win poses. Free or for currencies,
It’s 3rd year now. They could do that.

New costumes would be very cool but please not in the same amount as DOA which already released its third(!!) costume Season Pass.

I would love to see new accessories, aswell. And new intro and outro poses!

Can you imagine what Kan ra wear borat bathing suit look like? It’s our nightmare…

That’s basically what I said