I admit to still being wet behind the ears when it comes to KI. I have some issues with the game but I do still play it occasionally (waiting on that balance patch for V!).

I love fast and aggressive grapplers. And I love characters that have really good counter-zoning options. So naturally Hisako seemed like a perfect fit. I love her counter, I love how it shuts down the YOLO (a big problem I have with this game).

Looking through the Combo and tech thread and combing through YouTube I didn’t find too much. There’s some older combo videos but with all the balance changes since Hisako first came out I assume that it’s a little different now.

Also talk to, play with, and learn from @STORM179 - he’s the best, and nicest, Hisako player that I know. Anywhere.

Hello Nekro, and welcome to Hisako

Looking through the Combo and tech thread and combing through YouTube I didn’t find too much.

Well, most of what’s in the tech thread is actually still there. If you want guaranteed post-S3 tech, anything after post 107 on the Hisako Tech thread will definitely be viable: 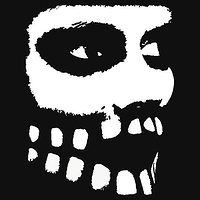 Hey there! That's sad - lots of good stuff on that channel. I will soon be in the business of making Hisako videos again - just need to get some software/hardware issues worked out! I do have some stuff on my YouTube channel already though,...

It’s not a great AA, though it can be used as an aerial spacing tool against characters who jump a lot and come in somewhat predictably (Sadira, Cinder). If you want to anti-air in general though, just stick to down+HP and down+MP. Air-ORZ is best used on knockdown, as when you TK it (tiger knee, what @GalacticGeek posted above), the light one is basically a combo starting instant-overhead, and the heavy one will make most DP’s come out wrong side and give you a punish. You can do a straight neutral jump into air-ORZ, but the less reactable (and thus generally better) option is to TK it. This is also viable coming out of a throw.

None of her rekka hits are safe by frame data, but the ranges on the first two hits on block (and the ever-present question of if the rekka will continue) can sometimes make punishing her somewhat difficult. HP, MP, and cr+MK are her standout pokes, with cr.MK probably being your workhorse in the neutral game since it’s one of the fastest and farthest lows in the game. Her cr.HK is also notable - it’s a very far and very fast sweep, and can lead to pretty nasty Sako knockdown pressure.

In general, Hisako’s best grounded ticks will come from “something” into possession. Influence generally isn’t the best for tick grabs due to its shallow ranges and the fact that it often comes out too fast, but the air-ORZ->light influence is probably her single most dangerous tick throw option. Learn to use it.

It is no longer Rash’s turn after you block a ram’s horns - push something fast and punish him. The only time he gets to push buttons is if he does his Ram’s Horns (blocked)->shadow big boot. Watch when he has meter and be on the lookout for that frame trap, but otherwise just press your advantage. Against air wrecking ball, just block the ball and then down+HP or DP Rash. Hisako’s down+HP in particular will almost always act as a strict punish to a blocked wrecking ball - he can only get away with them at very specific spacings and heights against her.

Another good video resource would be this thread:

Hisako Video Archive (For all your Ghostly needs!)

So this community for Hisako is pretty dedicated, and I feel we should expand on that. We should really start archiving match videos. Here we can have good critiques of other players and high level Hisako play that we can extract tech or reference...

I’ve got a couple of sets of my play in there, along with some matches from one of the other resident Sako’s. There’s also some match/playstyle analysis in there.

And there are also some other good threads on here. “Developing the Read” is a bit of a, well, read, but it’s one of my favorite threads on here in terms of talking about leveling up your play. And “Finding a Use for Shadow Air-ORZ” is a good thread as well.

Hope that helps, and if you’ve got any specific questions about anything, please feel free to ask