Looks like most people care about characters that are well designed over what gender they are but more than a quarter want more female characters. It’s interesting results (even though the voting number is low).

Not too surprising. Other research I’ve seen suggests that men don’t tend to care about playable character gender, whereas women usually want female characters. I’m not sure how many women have voted in this thread (and please don’t start one of those gender polling threads on my behalf), but popular opinion favouring more female characters is business as usual. Hopefully the devs are on it.

Leave that stuff for DoA and Soul Calibur, don’t bring it into KI.

what’s important is the ratio of humans vs monsters. Monsters can be female too.

In fact, I’d want to see a non-anthropomorphic fighter. A blob, a puddle, a cloudy entity…

I don’t think you have to worry too much about that. Occasionally these forums get some sort of “bikini costumes in KI pls” thread, and the OP quickly discovers that they’re not in plentiful company on the matter. I think this thread is about female characters for representation and general diversity’s sake.

Gender doesn’t matter much to me but I do like that KI isn’t always just boring human characters so I hope that they keep up that trend by adding a good mix of male, female and monsters/ mythical creatures.

More female characters would be cool, but as others have said, I’d also like more monstrous characters.

In the end, I just want interesting, fun to play, and visually appealing characters.

Hell yeah! Absolutely them too in AND for Killer Instinct

Personally gender in a fighting game has never been important because there are games like SF and KOF who have females that are unique and interesting. Then there are some games that male domination and female domination. Original MK and Melty Blood, Skullgirls, DoA. I just really want the characters to be polished and balanced. We all need more robots and aliens. 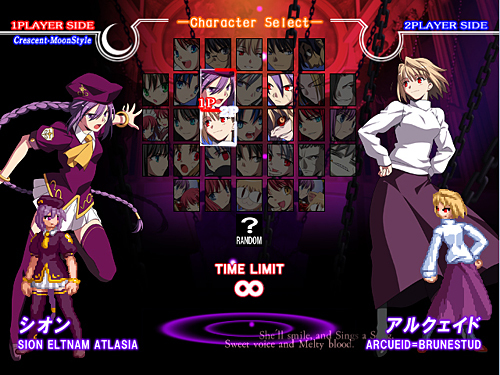 I just really want the characters to be polished and balanced. We all need more robots and aliens.

I care about the characters being balanced but they’ve got to have some kind of hook or personality that draws me to them. Funny how a lot of people want robots and aliens when they usually come out with some sort of arbitrary gender. Like the cyborgs from MK or all the characters from Darkstalkers.

I for one would be happy to see some monsters show up for S3 as either gender neutral or female. But again, it all comes down to the individual character and what they bring to the table.

Gender doesn’t matter to me so long is the design is cool. Of course, I certainly wouldn’t mind if we got more ladies.
As far as gender ambiguity goes, I think there’s a bit less than people are stating. While Aganos and Glacius are either genderless or impossible to tell, Fulgore and ARIA are artificial beings that use the minds of human beings as their base; Fulgore being Thunder’s brother Eagle, and ARIA being modeled after the late wife of Ultratech’s also late CEO ala gLaDoS.
Omen seems masculine as well, as he’s the summation of at least one definitely masculine being (Jago’s soul) and an implied masculine being (Gargos).
Sabrewulf is a Count who became a werewolf, so is therefore a man (as was revealed in his KI1

Really though, gender doesn’t matter to me as much as character design. I’m all for more ladies, especially for the potential Vampire.

I rather them look cool or do something stylish then have the gender be the most important aspect, it can a female alien or monster. I don’t really care as long as they work, look cool, and are balanced. All I care about in my fighting games too many fighting games where the character looks cool or has all these unique quips and personality traits and they are either broken or underpowered.