Cinders a great pressure character but my struggle has been getting in properly to apply that pressure. I usually do a lot of trail blazers but I don’t know how to make those safe so that I don’t get boned for using them to get in.

So the my question is how to get in from full screen as well as mid screen effectively.

Put bombs on the opponent and then move in. This creates fear and they are easier to open up as a result. You can also Shadow Cancel the trailblazer that crashes into the ground.

Im assuming use bombs and walk forward, once close go for the usual trailblazer things. As for shadow canceling trailblazer, do I cancel before slamming into the ground or during the explosion?

You can mash the shadow and it will come out. I need to confirm exactly when though.

Something to start trying out. Also is there a place to know what frames my normals are? Or am I going to have to figure it out myself

Go to training mode and turn on attack data. It is somewhere in the menu.

I tried that. I couldn’t fine start up frames. Just advantage on hit, damage and other stuff

I like to use his medium punch target combo to get in and started along with a fission opener/linker after the target combo connects… its somewhat safe on block…not too bad.

but your right…he is hard to get in with compared to most characters…once you get in…make it count!

I usually try to go with light trailblazae crossup and if I’m not a scrub that day cancel into jumping medium kick and from there go to the med fission combo. It’s following up after that that gets me screwed sometimes

I couldn’t fine start up frames

Once you have attack data on, it’s to the right of ‘Attack Speed’ and it’ll look like this for cinders light standing punch:

As for getting in, trailblazer on its own is pretty bad cos if its terrible priority but I assume you’re using normals before hand. I use standing medium or heavy kick into trailblazer mixups or fission depending on the spacing to close the distance.

Once you’re in, you can also frame trap with different versions of the third degree target combo. The last hit of the light version is +3, the last hit of the medium version gives you a frame trap if you do a medium fission after it and heavy fission is +5 but it’s pretty slow. Combine that with fission fake outs and pyro bombs in neutral before hand and your grab mix ups can turn into some serious damage.

Also try to build potential damage with the inferno enders. You can keep PD going with a blocked inferno special if it’s starting to drop. The fired up version or the shadow version are pretty good when the opponent has no shadow meter to go through it. Potential damage will make the opponent afraid of having a short combo that leads to a level 4 ender done to them which will make them easier to open up. When you get an opener they will most likely do a quick combo breaker which you can then shadow counter or make them lock out on once you get your manuals down.

As for enders, if you can push them to the corner use the wall splat ender + trip + bomb them for a hard knock down that leads to more pressure.

I’ve been trying most of this though I didn’t think to use the kicks to make trailblazer better and that corner setup sounds really good. I’m gonna try to incorporate them into my game.

Here’s some tips here on the forum that can help you while one post I have here may be for a specefic match up you can apply that logic to others. 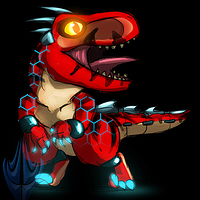 Cinder Help: How to be "Burnier"

Let's share us some battle strategies for some match-ups shall we? To start: here's my battle strategy against Glacius. Who from my experience is one of the hardest MU for Cinder. The reason for his difficulty: People claim Glacius is weak, and...

Try to hit your opponents with a pyre bomb or two before making your approach. That will force them to stay grounded instead of trying to swat you out of the air on approach, as Cinder can usually cancel trailblazer and detonate the bombs before you can hit him with jump+button.

Third degree strings mixed in with throws are a solid way to keep pressure on the opponent once you’re on top of them. After a throw Cinder gets a free pyre bomb stick as well, which can force the opponent to have to deal with “is he going to explode me?” as you set up your next attack.

@swordman09 can probably give you some better/more specific tips, but that’s how I view Cinder getting in.

I think one of the things I am trying to do for sure is mix in more third-degree attacks once I am able to get close.