You know you Did Something wrong when

When a guy cross dresses as your Icon female character with his nuts bulging out in a major turny on stage.

I cried when i watched this youtube vid of the Evo Turny. start about 17 minutes in and it wont take you long to notice.

I see nothing wrong here.

Crossdressing cosplay been a thing for while now. 🤷. Your just gonna have deal with it…

This isn’t Evo, it’s the KI World Cup. And you failed to mention that there’s a female dressed as Rash with her breasts clearly visible even though Rash is both a male and an amphibian.

Pretty sure that guy’s been crossplaying Orchid for a while now…also he does a lot more than just dress like her :-

This guys name is Michael Saxton and he loves KI… he is a very nice person and very cool and polite. I don’t agree with his sexual preference but thats none of my business.

He loves KI and you really shouldn’t be making fun of him. He loves orchid and was first in line to play in the KI classic tournaments at KIWC and had combo lists printed out and practiced all weekend.

He would probably kick your ■■■ in KI anyway.

I don’t think anyone was making fun of him. I think it’s aimed more at the fact that the combat demonstration looks forced or strained from the fact that there’s no one on the receiving end of that whooping. That’s what I noticed anyway.

nah the dude is making fun of him…which I too had a good internal laugh when i first seen him…but once you meet him he is super nice and loves KI so at that point there is no reason to make fun of him. He loves KI so what more could you ask for?

Still don’t see it. @NitricZenith said he was cross playing not cross dressing. (I had to look twice at that too) so the comment is just that he’s equally good with orchid on XB1 and win 10. So I don’t see how anyone is making fun of him.
But TheSkullAddict did tred into choppy waters early in the thread which he quickly appologized for.

Pretty sure the intent was “cosplay”, given the context.

Im talking about the OP…tiger tails

I’m pretty sure @FallofSeraphs76 is referring to the OP in the ever-so-slightly derogatory wording of the original post. Also, in the context I was using it, “crossplay” would refer to cross dressing/gender-bending/gender-switched cosplay and it’s actually nothing new and has been going on for years.

His performance as Orchid is more impressive than a good majority of female cosplayers’ skits, I hope he keeps it up.

Yeah I spotted the only thing that looked cheeky and it was the 2nd post in the thread. Maybe I didn’t properly interpret the first post.

C’com guys he was fine. No matter how bad you think it is, KI cossplay cross dressing has nothing on Star Wars.

Just think… we could have had this… 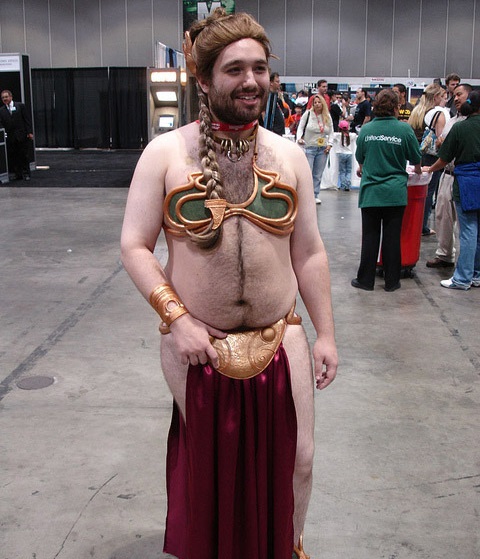 eeew LOL
Now that dude has some BALLS… lmao ( As in guts, bravery)

What did Michael do wrong exactly?

If someone wants to dress up as their favorite character, who cares if that character is male or female, or the dresser is male or female? Maybe you think it’s funny, OP, and if so, fine, whatever. I’m not here to control what you believe. But throwing it out to a crowd to pile on? Bulge or not, that’s not cool.

I’m not here to PC police anyone, so if cross dressing or bulges make you laugh so hard you cry, that’s your call. In my own, singular, unsolicited opinion, I think it’d be cool if we could just let people be themselves and worry about our own business instead of making fun of them (or their anatomy) and throwing it out to the crowd to do the same, but again, that’s just me.

I doubt OP meant anything by it, so I’m really not here to bash them, I swear. I’m not a snow flake, I’m not triggered, or any other new way of saying my undies are in a bunch. They are as un-unbunched as can be.

Just throwing it out there that I think this thread is kinda off, regardless of its intention.

I’m not a snow flake

A wha… a snowflake?!