You guys think Joanna is a likely candidate?

From what I’ve seen, she’s highly requested as the fourth (and most of the time final) guest, and I’d personally really enjoy her included in the cast. I don’t doubt she was voted a lot on that survey. Even has a current and retro picked out for her.

What do you guys think? Got a shot or chances are shot?

Not to rain on your parade, but I’m fairly certain that there won’t any more characters in KI.

When’s the textual stream update on the survey results

I really don’t know how to answer this question, I think KI could do with a gunslinger type character and Joanna would indeed fill that slot “perfectly” and I would love to see her in the game! But at the same time I would much rather the gunslinger archetype go to an orginal character that has a secured place in KI lore. Like a John Marston / Erron Black type cowboy

Just to add for those not familiar with gun characters- reference persona 4 ultimax
Aegis and I forget the other guy on there. They seem to have perfect Balance in a game of fighting characters with strengths and weaknesses.

And Noel Vermillion from BlazBlue

Those were the ones you were referencing right?

One of the only characters I knew how to play in that game, right up there with Kanji (ma’ boy)

Those were mine too, but I also dabbled with Junpei.

Part of the reason she scores so high in my opinion is not that she is so desired, although I’m sure many sincerely do, but that many people who don’t want guests feel that if they had to have one they would want Joanna Dark. But to me choosing old retro games kind of defeats the purpose of the guest. Which is in my mind to get new players playing the game. And I think selecting a character from current popular games is a better choice in that regard.

Which further illustrates my theory that rash should be deleted

My guess is people want jonna because they don’t have jonna. Then when they do have her then they forget about it. Usually how the vocal majority works.

If we were to get one more guest, I nominate Ezio Auditore.

If we’re gona have a guest then I want this guy. 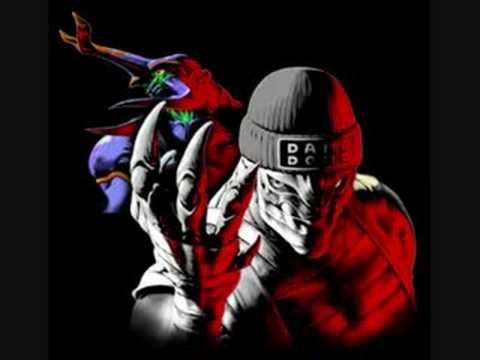 Well I want Stawberry Shortcake so I really can’t talk.

I should have expected this. Lol.

But what I can remember, you really do, and have stated that it would be cool for her to be KI’s first “Gun” character.

IMO Joanna would be a character with really powerful zoning capabilities, with ranged combos.

She could have a linker that makes her walk away from her opponent, another one which makes her walk closer and deal more damage up close(shotgun comes to mind), and during Instinct, she switchs her weapons for alien weapons, dealing more damage, chip, and hitstun.