Yes! Bayonetta made it into Smash Bros!

I am soooo happy about this!

And the way Sakurai put it up before the trailer using a specific word ; climax.
And then before Bayonetta showed up Pit was alone on that arena. Nice.

This is the character I wanted in the game even before it was released. And now, thanks to the ballot(and my important vote I bet) she made it in!

Personally I would rather have King K Rool or Dixie. Or just do another amazeballs thing and add Lara Croft.

What do you all think about this? Were you hoping for someone else?
I hope Bayonetta 3 is in development 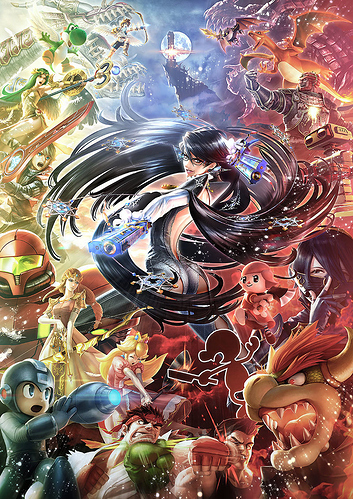 Admittedly I wasn’t expecting her but hey I guess it’s a nice change of pace after adding Cloud and yet ANOTHER Fireemblem character.

Part of me is starting to feel like Smash is much more of an “anime” fighter as opposed to a “crazy battle of Nintendo Characters” but that’s an opinion.

Still congrats to the folks who wanted Bayonetta in and any number of the sword characters.

pats it’s alright The characters I wanted didn’t get in either.

pats it’s alright -___- we can’t all get out wishes to come true. Though considering some characters who got in you would think it wouldn’t.

B-But Custom Robo is my favorite of all time! Why Sakurai ignore Ray 01?!?

And yet another swordfighter…rpg sword fighter even.

I will admit though. There have been hopes for King K Rool & Dixie too. I would love to see both of them but especially King K Rool would add some more flare to the roster because of his would be size and evil manners. 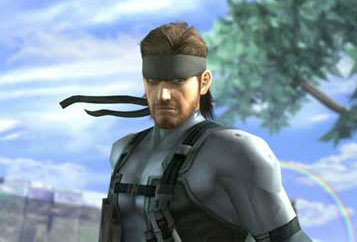 I want Master Chief next.

The witch is already showing off more than Orch…ah, never mind.

Because that’s not what I requested.

Who is the girl above Bowser?

She is Lucina, the woman who posed as Marth and mimicked his fighting style

But Lucina has nothing covering her face in the game. But that would make sense as she is a bit incognito. The colorscheme fits as well.
(or Sheik, but that mask would be waay wrong)

On the contrary. If it wasn’t for Nintendo, Bayonetta 2 might never have seen the light of day. (Just like No One Lives Forever 3)
With that said, I think Bayonetta kind of fits every fighter. If she was in MK for example she would have nothing against cutting heads off opponents.

Very good. Personally one of my favorite franchises ever.

Ill have to try it! its pretty cheap on the WiiU store… what would you compare it to for someone thats never played it?

Ninja Gaiden/Devil May Cry/Bloodborne kind of : )
The game is difficult if you up the difficulty(there is an optional boss I’ve never beaten in Bayo 2)
There is a deep and varied combatsystem. The game relies quite heavily on reflexes. Dodging is an integral part as is learning enemy attacks.
The environments and effects make the game beautiful too.
And Bayonetta herself is one hell of a character!
Check out some reviews