X360 fightsticks on Xbox One

Right now, I use a Titan One to play with my Madcatz MLG stick, although it is a minor inconvenience.

Since there are so few fighting games on Xbox One and now that MS is open to backwards compatibility, should MS allow X360 fight sticks be usable on X1?

People have been begging for this since the XBOX ONE got announced, but MS won’t budge.

It comes down to simple corporate greed with many points supporting this.

Now that the kinnect is obsolete, there’s no excuse, but you don’t see them enabling it.

Drivers are already there, especially now with backwards compatibility.

But the real reason is if they did enable it, no one would buy their overpriced accessories and that’s their cashcow.

So what I did instead of waiting for Microsoft to get their heads out of their asses, I bought a used MKX gamepad and modded it within the joystick, so now the stick works with both Xbox360 and Xbox One and it only cost me 20$ and not a penny in MS’s pocket.

Some will argue and say, either way they wouldn’t get any money out of you because you already had the stick. That’s true, but sometimes reputation is more important than the bottom line. It just would’ve been a nice little nudge to their loyal fans.

Sony allows it with the PS4, and I can confidently say they’re not financially hurting because of it. Everything is calculated from a gamer perspective when it’s time to upgrade to the next gen and that could be the deciding/limiting factor for some.

Having to buy all new accessories for the new console requires a much bigger budget than just the console. Eventually people would still need to switch to newer controllers as they get worn out etc… So it’s just a matter of time before they sell those accessories to migrated gamers.

Am I bitter about it? ABSOLUTELY

I also use chronusmax without noticing any lag.
Having full compatibility* for sticks would be better anyway and a proof of affection to their fans.

The issue with cronusmax and all similar devices (I have one) is that you need to use controller to authenticate first then plug your stick, big hassle.

Also the controller you use to authenticate can’t be used to play as long as the cronus max is connected.

So having a 360 stick with one xbox one controller means you can’t play 2 players local. Big issue for me as I play mostly 2 player local.

It’s not an issue if you use the cronusmax on a PC. It’s just a simple plug’n’play & it reads as a 360 controller.
Also, one thing that’s fun is a cronusmax will accept just about any usb controller or controller adapter. One time just for fun I played the XB1 KI2 with a N64 controller. It was a pain to do all the remapping necessary ,especially since the C buttons were registering as a right analog stick, but the results were rather fun.

My friend is a huge Sony Fan, I used my cronusmax to let him play KI on X1 with a PS3 Pad. It’s kind of a pain because you have to sync a x1 controller in addition to plugging the PS3 controller in, but it works.

For having a cronusmax myself I’m aware of it’s benefits, for the topic itself it’s referring to xbox 360 controllers on xbox one. Hence why I spoke about it limitations.

Also for @DeathBlooms2K8, it’s definitely versatile that way, but in context of using Xbox 360 controllers or sticks on Xbox One, like you said it’s a hassle but also you lose access to the controller you synched. In your case you have 2 controllers, but your friend prefers to play with PS controller, so it doesn’t matter if one becomes unavailable for use because you’ll use the 2nd and he’ll use the PS controller.

In my case I only have one controller and my friend always comes over to play, I can’t use a CronusMax in that context, so he always had to remember to bring his controller out I need to buy a new one.

Which is a situation MS can easily solve by allowing backwards compatibility controllers on Xbox One and as stated above it can actually help their business in the long run.

Let’s say that chronusmax is useful for single player only, for what I know the entire usb controller is saturated by the data flow of 1 chronusmax so you can’t even use another usb controller on the same console
There are other adapters which does not require authentication and keeps the usb hub usable, an exambple would be the adapter by Brook but it’s not universal like chronusmax, you must use a dedicated adaper for every association (ps3->ps4 or X360->Xone, etc.)

This has been done to death, but yes MS should allow 360 sticks on X1. Right now it’s a mess. The X1 sticks don’t work on PC and also can’t be used to play backward compatible 360 games. So if you look at something like Skullgirls which is playable on X1 through backwards compatibility - you can’t play it with an official x1 stick OR a 360 stick. How does that make sense?

I have a Titan One and a pair of Brooks PS3/4 to X1 adapters. Using these with a 360 or PS3 stick actually gives me MORE functionality because they are treated like a real X1 controller. So they work with all games including backwards compatible 360 games.

Factor in KI on PC, which as of now can work with the 360 stick but not the X1 stick and it’s just out of control. I can’t believe that the reputational damage caused by this is not more valuable than the licensing fees on X1 sticks. I actually bought the TE2 X1 stick and I had to buy a cheat device anyway, just to use the thing in X1 for games that don’t specifically support it. Just a mess.

www.x360ce.com/ (the main site is down, prolly cuz everybody is using it) 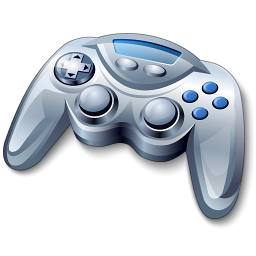 Primary repository for the x360ce library, front-end and tools.

i got this program to get my ps3 stick to work on my PC. however, i couldnt play 2 players on SF5 with my brother even though i got my x1 stick to work on the PC as well. so i used this for both sticks and it worked out great. just remember to map 1 stick to player 1 and the other to player 2 if you wanna use 2 sticks to play with your friends in person.

it has to be extracted and set up while its in the SF5 steam folder. you go to steam > common > SF5 > binaries > SF5 folder. (i cant remember off the top of my head im at work). once thats in there, run the prog and start configuring, when done hit save, and boot up the game

Personally I think Brook adapters are the way to go for now. I’m using their PS3 to Xbox One adapter with my MC Cthulhu stick. It works great. I had a CronusMax for a while but I didn’t care for it because it was some cumbersome to use.

With the downplaying/death of Kinect, there is no longer a reason to not make the X360 sticks compatible sans some contractual obligation with vendors. It’s not like they were selling gangbusters anyway.

Using a TitanOne, the only functionality I don’t have from the sticks is the ability to use my headset because of the smaller input jacks.

I wonder if there is an adapter that would allow me to plug into the stick and whether it would work. Does anyone have any experience with this?

Using a TitanOne, the only functionality I don’t have from the sticks is the ability to use my headset because of the smaller input jacks.

Just for reference, neither of the X1 sticks have headphone adapters either. I went ahead and got a wireless X1 headset ($$$). It was worth it.

Right now, I use the second controller for voice chat, but it is a pain to use it wireless because it shuts off after a time. So my current set up takes two controllers to play socially with friends: 1 to sync with Titan One and 1 with the headset plugged in.

I don’t want to have to pick up a new headset as I just got the 1 I have a couple of months ago. It’s inconvenient, but not worth paying for a new headset for now.

I’m way behind the curve here, and necroing this thread cuz it’s the thread that Google gave me, dammit!

I just received an XBone-S for the holiday. This is the first console I have owned since PS2, so forgive my horrid ignorance.

My wife and I play FG’s 2P-Local w/ an X360 Razer Atrox and a Qanba Q4 (X360&PS3). Playing FG’s w/ a controller is nigh-impossible, and at the very least will require relearning how to play the genre.

If I am understanding this thread correctly, our best bet is Brooks X360>X1 converters? Would we need one per stick, or are do they have multiple ports? Is it possible to use 2 of them simultaneously? I count 3 USB ports on the X1S, and the controller doesn’t use any of them? We don’t have any fancy hardware taking up USB space either.

That’s really smart. Good lookin’ out, and thanks for replying!