Wishlist for the last character in KI season 3?

With General Raam finally out, who’s the last?

It better be someone new! No guest characters. No bonuses. AND NO… EYEDOL! I’m sorry, I must agree with Ken Lobb.

Oh I know a great choice…eyedol!!

It’ll be a guest. Everyone will rage while I’ll be busy enjoying a well developed character with interesting mechanics.

Eyedol! He deserves that last slot on the character select screen.

All Eyedol fans, please give it up.

It must be a new character or otherwise Eagle anyway.

Yeah, I don’t want to see Eyedol in Season 3. Then again, I didn’t want to see RAAM in Season 3 and I am actually loving his playstyle. If Eyedol is the last character, I just hope they are able to do something interesting with him.
However, my vote is still for Eagle.

I want to see Eyedol but not for season 3, there’s not enough build up for him. I’d also like to see Eagle but I have this slight feeling the last character isn’t going to be story related. To be honest really sitting down and thinking about it, I wouldn’t be bothered by another guest character, why? well because next season characters can actually get a stage, I hate the fact that Mira doesn’t have a stage of her own (I’m actually pretty assured Gargos is getting that astral plane stage) but I’d be fine with guests not getting a stage. I would say this should be the last season to include guests though.

EYEDOL!!! Or Eagle if eyedol is the boss of season 4.

How about the Eyedol haters “give up” and stop trying to ■■■■ on everyone else who wants something they don’t?

[Edit] I’m legit getting sick of the petty, selfish, hate for the final character yet to make a comeback in this game and his fans. I personally hate Kim Wu, she’s one of the most generic characters in the history of fighting games but she made it in and a lot of people really loved her, so she’s a good character in my eyes.

Eyedol has a ton of fans, obviously so being a jerk regardless of if he’s in or not is unnecessary. Not every player is going to relate to each character that’s released obviously, so being snobby and telling folks to give up on their favorite coming back is probably the most ugly sentiment I can think of right now in this game. Everyone deserves to have their favorite come back, regardless of if a few people want to talk crap constantly.

Meh, as long as their design looks awesome and their moveset is unique, I’ll be a happy German.

Das is good lol but seriously IG has yet to disappoint me character wise, I guarantee that whatever they come up with whether it’s eyedol or new character it will be badass.

Yes. I don’t, for the love of god, want any more guest characters. Just give me an original character to end the cast. Please.

Unless I can have Spawn. Then gimme Spawn.

Need Eyedol to complete the roster.

I would be ok with anyone at this point. The roster as it is has surpassed my expectations. I’ve been playing KI since it was the initial 6 characters and now we have 25! I’m happy with Eyedol, another guest character or an all new character but I have a feeling it’ll be an all new KI character. 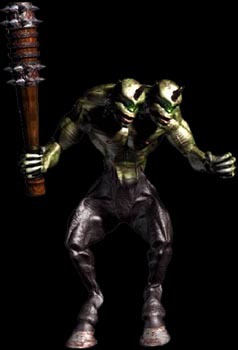