Will there be anything KI at E3 next month?

With E3 next month, as a KI fan, is there anything to be looking forward to? Should we “stay tuned”? Just want to know if it’s worth attending or following for KI related stuff this year. Thanks

It’s that time of the year again: E3 is just a few weeks away! That means now is the perfect time to start sharing some of our plans for one of the gaming industry’s biggest annual events. Today, we’re excited to announce that the Xbox E3 2016...

(Attended Tokyo Game Show last year for the first time ever and nothing more disappointing than no KI at these big events, lol)

Well if one of the remaining characters is a guest from one of MS’s big franchises that happens to have a game coming out this year then we might see their trailer at E3.

I was just about to say that. I think [CLASSIFIED] may be discussed.

If [EXPUNGED] were to be revealed as the next character in KI, I think the best time would be E3.

Would be cool if there was a um…certain character…revealed and you could download + play him the same day.

I would be surprised if [REDACTED] weren’t there in some capacity.

Last year wasn’t it Rash that was revealed and playable that day? Maybe they can do that this year and “ram it down our throats” lol with all the other great game reveals …he he

I know it wont be Eyedol… could you imagine if that was the reveal?

In some form or another KI has had an e3 presence since it was announced in 2013, and we’re still fresh into S3 with some character releases still on the horizon. I think it safe to assume they’ll be at e3 in some form, hopefully with a character reveal. And yeah we’ll also probably get something at EVO2016

Such a big stage with so many eyes. It would be cool if KI were there, wouldn’t it?!

Yeah, my guess is that they’ll show the trailer for [CLASSIFIED REDACTED PURGED DELETED] at E3 for the first time. It’d be nice if we got to see the tease for character 8 at the end, given that they’re showing KI at arguably the biggest gaming event of the year. I’d love it of they announced that [CRPD] was dropping that day as well, but I tend to doubt we’d be that lucky.

I’d also love it if MS would confirm at E3 that they’ve contracted with IG for a 4th season. That’d be amazing.

Either way, with KI still expanding it’s user base, still adding content, etc, it’d be really nice if MS gave it some primo face time at E3. Sure, we’ll see Gears 4, Halo Wars 2, Forza, Cuphead, and likely ReCore and Scalebound, but I hope that MS sees KI as being in its upper echelon now and gives us some sort of blow out coverage.

Secret things are a foot…

Well am sure Gears of War 4 will have a huge presence at the conference since it’s releasing this year.

Such a big stage with so many eyes. It would be cool if KI were there, wouldn’t it?!

Sorry, dumb question, but is that a swarm of insects? Locust swarm, maybe?

Quick! Someone was able to de-blur the Gargos pictures! Is there a way to unscramble Snow???

probably, maybe we should tell the devs to have a kan-ra expert introduce new ppl to the game at E3? so they’ll all look like this LOL: 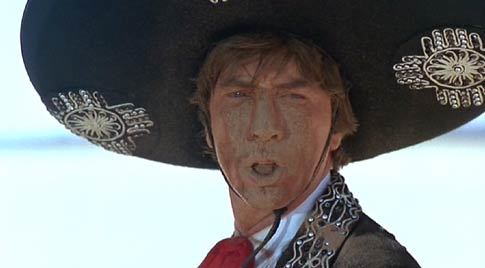