Why do I have a star next to my name? Is this a bug? 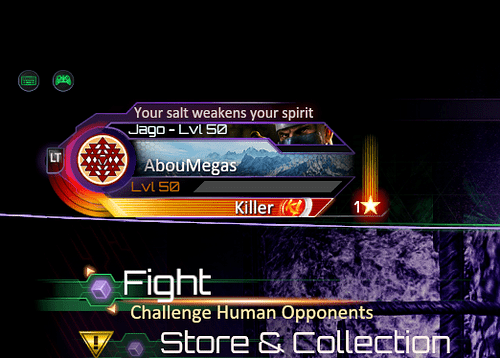 This is a bug, right? Because I’m not good enough to have a star. I got to Killer on a disconnect and I only play the game a few hours a week. I’m going to get wrecked and look like an ■■■■■■■ when I play.

OMG dude that was funny… i feel you man. People are going to be either disconnecting at the match up screen or giving you the fight of your life and then Tea bagging you if they win as to say your not all that.

Must be a bug due to the issues with ranked yesterday.

Or that star will scar away alot of fighters and you’ll be a lonely fighter. I know I would avoid the pro stars. I never do well against a killer teir to begin with. But now that there is blood in the water. Wanna spar? Gamer handle is General Screbor

Must be a bug cause of have one too and I know I didn’t play THAT much last month. I have stars already but I’m very positive I did not earn this one.

Interestingly this has happened to me before. It was removed the next month

Did they fix the rank??? Yet??? They also took away my killer ranked now I’m just a qualifier???

They’ve been calling alot of people qualifier and it seems to happen at random throughout all modes. I’m currently a gold teir but my player card says qualifier a lot of times.

I got one too, anyone got a clue why they gave us free pro medals?

I only had 10k points during January and I’m nowhere near top 32 so must be a bug.

Log into ranked and then back out, you should get your Tier back.anytime that happens just go straight to ranked and back out.

Must be a bug i got a star as well. I was a qualifier yesterday too but that’s changed back to killer.

I cant even check the leader board to see where i ended up because im sure the last time i played i was rank 300 or something.

but im a scrub