Who's that "Oh no, not again" character to you?

You know…that character. The one you’d rather avoid at all cost.

Every game has this, all fighting games and class based games have that one annoying character you wish you weren’t playing against. From the snipers from across the map to the endless wave of kens and ryus, there’s something that just ticks you off about them.

So what’s that character for you in KI? It can be your worst MU no matter who you play to the play style this character promotes.

Mine personally, is the infamous Shago player. His play style surrounds the idea of these YOLO moves and almost unreactable mixups that catch you off guard. Especially the forward dash shenanigans, blocking against those is really just a guess. Also spam…lost of it. Espiecally when I used to be a RAAM main, the endless EATYOURCOOKIES thrown at me left a bad taste my mouth. His zoning is really just a battle with keeping your cool and trying to not rip your hair out. He’s not a cheap character, but his play style can leave someone really frustrated even when they win.

So share what you think below and thanks for taking your time to read!

Mine is Riptor. So hard to block. Rash is second.

Anyone else getting deja vu?

There most likely is another thread like this, but I can’t find it and people’s opinions change and new characters have joined, so it doesn’t hurt to just ask.

Why say that, is it his grabs or his DP follow ups?

Shago and Fulgore for me. I’m terrible at the teleport/dash through mix-ups. It’s just like a mental block I have.

You know why I hate him so much…

Yeah, both of those.

Including his Portal Punches?

Rash can be like that too only if its a Extremely high level playing Rash.

Almost the whole cast. But I would put it like:

Not fan of Spinal and some other characters like TJ or Aganos either, but at least it’s not like I want to get out of the game.
I enjoy some mirrors, some Jagos, some Orchids (they can be hard), Kim Wus even Fulgores (in a way, but the guessing is a little insane with the bot). Omen can be hard too, but it’s not like I say I totally hate the match, it’s just hard like Fulgores.

Can´t tell much about the rest, haven’t played them much. Raam can be a pain because of his damage and because with my character I need to be close.

The thing is I enjoy playing my character a lot XD

As a RAAM main, I hate her on a spiritual level.

I can’t stand fighting glacius anymore, he’s become the new S1 jago in that every other match there’s always one there. As for characters I find annoying to fight hisako, and TJ.

Half the roster I can’t stand but mostly depends on the player.

I still find a good Kan Ra to be so frustrating against my characters. Gargos is taking over as my most hated character to fight against though 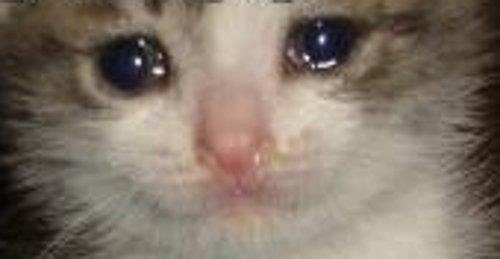 Well, I wouldn’t put her in my favourite match ups XD
She jumps too much, all the jumping characters don’t make Maru happy. Even Jumping Jagos! XD

Hisako brings back some SSB4 For Glory Flashbacks.
The damn Counters. And I can’t dropkick her into oblivion in this game.