Where are the Mods?

Every Bethtesda game resleased in the past 20 years has survived almost soully through mods…
But hey, I guess that isnt wel known info, so I’ll give you this one.

This is MS , u dont just do whatever you want with thier IPs. Modding makes games lose thier value and make them look like some wasteland anyone can dump whatever he wants. Glad MS understands that.

I know I probably shouldn’t bother responding, but modding is generally seen as a massive selling point for PC games; a strong modding scene means the game will have new content for years after a developer has moved on from it.

the modders would single handledly save the costume situation, lol, it’s kinda what they mainly do for fighting games.

Modding in figting games looks like it will solve the issue, but then the negatives will outmatch the good. Before long nude costumes or all types of stuff will be added that make the game lose its integrity.

To add to what the other guy said, modding makes rpg pc games sell. They woulnt affect fighting games sales in any significant way. And if KI was to sale more on PC because any one can mod whatever he wants, then it certainly not a good reputation

I woud have ignored it anyway

…You weren’t around for all the modding of SF4 and SFxT on PC, were you? I know there are people that ONLY bought SFxT because of the insane number of costume mods that game had.

ow come no one has made mods yet for KI on PC?

Because it’s on Windows Store. Nobody wants to touch it.

I saw alot of mods on sf4 and naruto but that being a selling point? Hell nah. In the past fg did not have mods but life still continued. Maybe thats why capcom has gone into full Fanservice mode with sf5. I hope KI remains like this

Okay then. Whatever you say.

Modding in figting games looks like it will solve the issue, but then the negatives will outmatch the good. Before long nude costumes or all types of stuff will be added that make the game lose its integrity.

If people want to make nude costumes, that’s their business; their contribution to the game and it’s community.

I understand it’s your opinion, but none of us are in any position to judge what people can and can’t create.

I personally believe the game gains Integrity when the community cares enough to put the time in to make mods in the first place.

I saw alot of mods on sf4 and naruto but that being a selling point? Hell nah

That’s why I got it on PC, despite already owning it on 360…well, that and it was included in a dirt-cheap humble bundle.

Really? I can’t say that I believe that, bruh. Do you have and proof, links, documentation, studies, or references to back up this claim? I was always under the believe that one of the major draws (among many) to playing on PC was to have mod support (official or fan made) for your favorite games.

People still play Elder Scrolls Oblivion for this reason. Mods keep games alive for most games because the ability to add more than skins is a possibility.

Just for point of reference.

Modding only affects the user, not the opposition, as it does not guarantee you both will see the same thing. And it generally assists with adding other content that wasn’t originally in the game (cosmetically). The game could look like an original KI2 screen if someone had wanted it. There would have to be safeguards set in place to assure that the game’s code could not be modified to be played in an online setting (only offline).

For something like this, if it doesn’t affect you as a player by not witnessing the same costume on your screen as your opponent, what is there to be angry about or disallow others who want this feature?

Still waiting for this to become real… 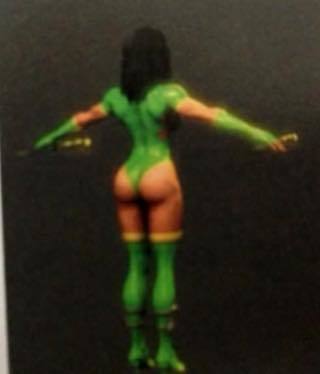 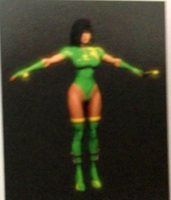 EveR
Hair looks awesome in the concept tho

My guess for why mods are not in the game, most of the games data is on the cloud, meaning files have to match the cloud for the game to run, character files included. It is easy to mod local based games since all of the files are on your computer. A lot of the files are on your computer in the case of KI but, it requires a connection to run. Unless you played locally, then you could have custom skins in theory, but also depends on how the game itself was designed to run.

I don’t think that would be the case. KI doesn’t seem like as far as characters models go, that it has anything to with cloud computing.

And besides that KI doesn’t seem to be any different in what data goes online & such than SF IV or V, and look at all the mods they have. The mods there don’t change any of the game data, they simply add files on top of the existing ones that the game then pulls from to display a character model. If KI was modded in similar fashion, and the game’s “cloud save” was looking for all of its files & checking if they were all untouched, it would find just that…and then some extras.

At least that’s what seems logical to me. I’m no code expert or modder.

I’m not either. The same thing to stop modders was an old anti cheat thing. If the game didn’t have all of its base files, no more, no less, the game wouldn’t run. That way modified games or cheaters could never play. I can’t say for certain, but Diablo 3 did that. That’s why you can hack for days on Console, but nothing on PC.

They are gone, all gone. We had a person who was supposedly creating his own version of KI but he hasn’t been heard of for quite some time now.