When can we expect a Mira stream?

She has to be pretty close to completion, considering the fact that she’s being released next month. So when can we expect a stream?

Mid to end of April… As usual, I would guess.

Probably early April, I’m hyped to see all her colours and accessories

I’m really curious to see her fighting style. She has claws on her fingers. So I know she’ll be some type of slasher. Hmmm… I wonder if she’ll get a catwomen costume? 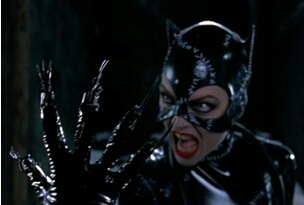 A vampire with a Catwoman outfit… That would be purrfect!

I would guess we’ll see a text stream/blog post about her general design and moveset the second full week of April; a making-of her music the following week, stream on the fourth week, and launch in the final week of April.

I think she’s visually interesting, along with her accessories. I hope her gameplay turns out to fit my playstyles, too.

I’m excited to see what her play-style has to offer. I only caught a glimpse of her Accessories. I wouldn’t mind screenshots.

Somehow, I’m completely unsurprised that you could be interested in playing Mira!

I hope her playstyle meshes with whatever way you like to play.

With April here, Mira’s stream BETTER be this week!

You need to relax your expectations a bit, again.

Character streams and what not come shortly before release. Rule of thumb is “The last day of the month at the last second of that day.” Example: April 30th at 11:59:59.

Hopefully soon.
Can’t wait to play her, because I always main vampires! (the name I use the most comes from a vampire)

I really hope she isn’t the only new original character this season. But if she is, then I feel this stream will be the most worthwhile to watch.
Bring it!

Do you main Sadira then, as she has a vampire outfit? Aslo, I take it, you love Final Fantasy.

I’m going to guess mid April. We could potentially see her a week after which would be nice

I assume the lack of info in comparison to the first for is due to her not being as far along, usually by new we would’ve seen her colors or something. Oddly enough there was a tweet I believe about Mira coming soon, how soon is the question.

And Mira will be the third character I would like to play.