So, I was poking around with various projectiles just recently. And for some reason, some projectiles deal less damage the longer they are on the screen.

Example: jago fires a shadow endoduken from point blank range dealing 9% damage. However, when fired from say, full screen it deals 7% damage for whatever reason.

This remains true for a majority of projectiles such as, fulgore’s plasma bolts, spinal’s shadow skulls (instinct curses), ARIA’s booster drone tackle (It just wants to kiss you

Funny thing about riptor’s case (you’re getting screwed riptor players even if it’s not a huge deal), if you do ANY type of movement while a fire blast is in the air you get reduced damage, REGARDLESS of where she is on the screen. So each fire blast deals 20 damage, howver you move back and fourth they deal 10 damage instead.

There are some projectiles not affected by this they are

ARIA’s dissonance blasts (they travel too fast I guess to be affected by this), glacius’ hail (even though it stays on the screen for quite a while), orchid’s, grenade, arbiters carbine shots, spinal’s searing skulls, fulgore’s eye laser and devastation beam, cinder’s pyro bombs, kim’s dragon cannon

I’m not sure if this is an intended thing or not. Makes me believe it isn’t.

Very very interesting. Good find. I hope we get an answer.

Actually, this isn’t new, it’s just one of those things people don’t really know about. There are some projectiles that lose damage the longer their duration on screen. I think I saw it on a youtube video once, but for the life of me I can’t remember the source of where I first heard it. I believe it to be intentional though.

Probably exists as a means to deter people for using a character like Jago from long distance fireball spamming or using game styles that are a little more mindless. It’s also a good mechanic for good reads, as throwing a fireball at closer ranges where the risk of getting hit by a projectile invincible or armored move is greater, but the damage is better for the risk taken.

Glacius hail and Kan Ra’s bugs are a possible exception because for glacius, his hail moves give him versatility and less risky gameplay, such as interrupting an opponent’s combo if he gets hit by them while he’s got you in combo state, or is mostly an all around trap projectile forcing you into certain choices at different distances from him. Kan Ra’s bugs act like a capture move holding them in place for a possible recapture if airborne or opener if in the grounded state. For moves like those, those projectiles don’t really lose power over distance, they just have all around low damage no matter the spot on screen.

Cinder’s pyrobombs aren’t technically a projectile till they explode, but their purpose and function are so different from other projectiles, I don’t really see the logic in the lost damage over distance.

If I could link you to the original source video I saw this I would.

@LeoFerreis actually found this behavior a few months ago. That may be where I first heard it, but at the time, I kinda felt the mechanic was intentional. 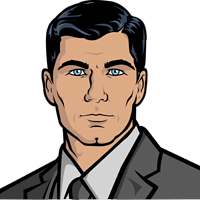 I reported it as a bug a while back. Projectiles across the board do half their normal damage after they travel a certain threshold distance (which is further for heavy projectiles). For example, Aganos' Payload Assault inflicts 50 hit points of...

Hmmmm interesting. But that doesn’t explain (at least) shago’s shadow air fireball dealing less damage then the ground version or riptor’s flame blast dealing less all because she moved a pixel.

It isn’t a bug. It has been around since day 1 of the game, and was talked about during season 1 as a property of the game system.

As for the exceptions:

Shago’s air fireball doing less damage is simply that, they’re air fireballs, stronger zoning tools that hit in a zone where you can’t block them, so they were made to have a smaller damage output.

Continuous projectiles or those that are too fast to be affected by the lower damage after a short time, such as ARIA’s blasts, arbiter’s carbine, kim’s dragons and fulgore’s lasers and devastation beam aren’t supposed to be affected, I’d say. Glacius’ hail is a localized projectile so, like gargos’ punches, I’d say it is also supposed to be unaffected, and Cinder’s pyrobombs and Arbiter’s grenades don’t to damage until they explode, and it’s their property to actually stay on the screen as a threat, so it wouldn’t make sense for the damage to decrease with time, IMO.

Hmmmm I don’t remember reading or hearing about that kind of stuff back during S1…must have missed it. But shago’s shadow air fireballs do the same dmg as the ground version up close…just not long range.

I did not know this, so, for me it’s an interesting find. Even moreso than that, I love the very reasonable explanations many of you have already given. It simply makes sense.