Speaking of ground bounces: the one on his jumping HP? Yeah… buff that 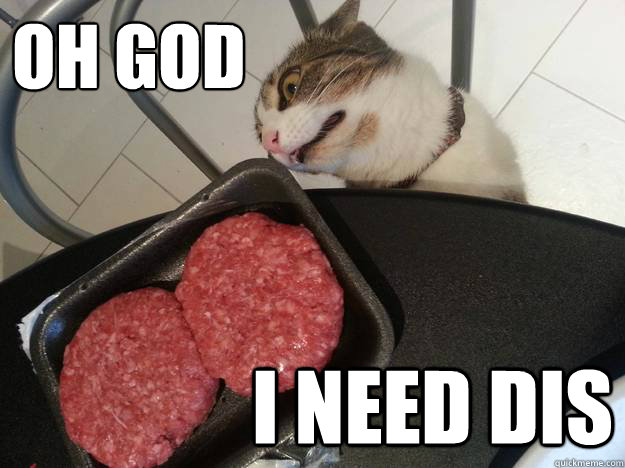 Speaking of ground bounces: the one on his jumping HP? Yeah… buff that.

Definitely not feeling this. As I understand it the whole point of the groundbounce is so he can have such an insanely strong jump-in WITHOUT it leading to much. You might get a recapture if you’re slick but the point isn’t for it to lead to strong conversions, just for it to be a way for his offense to be less restrictively linear.

On topic though, I legit forgot he even had the stomps until I saw this topic. Could make them OTG? I dunno. There’s so much room for improvement it’s hard to pick out one area in particular they should be improved in.

You might get a recapture if you’re slick but the point isn’t for it to lead to strong conversions, just for it to be a way for his offense to be less restrictively linear.

I would love to use without problem any of these after j.hp:
-Any Ruin
-Shadow ND
-Shadow payload assault

Being able to consistently land any ruin after a jump in that strong sounds mad OP.

Yep, it sounds op, but also its breakable

Yeah, I’m not asking to make it so that he can get anything on an instant overhead like Eyedol. I’d just like the bounce to be a bit higher so that the follow up window is a bit wider for one on the way down. At the moment the follow up is pretty tight and chunk-dependent for a jump HP with pretty low depth. And if you’re wrong with that Ruin, the opponent quick rises and has an eternity to blow you up for it.

But forget I said anything about that. That air normal actually has a non-zero application even without a follow up, which f+HK doesn’t seem to have.

I have no problem with the new armor mechanics. My problem its how some Aganos tools didn’t evolved.

That’s more or less what I was actually meaning to say. In S2 I was more than fine with how his tools were because he had armor to back up how slow some of his tools were. Now that he gets punished a bit harder for trying to make the same reads in certain circumstances without getting much in return hinders him a bit. I feel that against some characters, it’s just smarter to get the peacemaker out and play a ranged game then try to go toe-to-toe with them in the mid-range area just because he wasn’t given anything to help compensate for heavies being able to blow him up. I’m not wanting him to be nonpunishable if he whiffs a normal in neutral like in S2, I would just like a something that would make it a bit easier to play that neutral and was adaptive of the general mechanic changes of S3. Maybe if his speed wasn’t so greatly diminished if he had 3-4 chunks or anything like that, or if frame advantage on hit or block didn’t get worse with each chunk in him on normals.

You can actually already do that as a pretty tight link, but still… good luck getting the button to hit in the first place. You can also link a st.LK off of a cl.HP and cl.MP, and… funny enough, another st.LK.

He has some fun links that he can do, but they’re situational at best. I agree with you in regards to the St. HK in that it doesn’t need anything like a ground bounce. I think it just needs some kind of rework though.

Maybe if his speed wasn’t so greatly diminished if he had 3-4 chunks or anything like that, or if frame advantage on hit or block didn’t get worse with each chunk in him on normals.

Well, I don’t play him often but when I do play him I generally feel like 2 chunks is the sweet spot. You have enough armor to make your opponent sweat, but aren’t slowed down to a restrictive degree. If I get to 3-4 I’ll usually spend some right away; low rock is really never a bad option when you have chunks to spare and slapping a wall behind you is less of a commitment in season 3 due to recycling.

Just my two cents. I happen to think aganos is strong in season 3. I’d be really curious to see what would happen if he didn’t slow down as much with chunks but I feel like it could get out of hand fast.

2 chunks is just about perfect for him, he’s not too fast or slow for what he can do, and still gives him some good offensive and defensive options, it’s just any more than that and you start getting into uh-oh territory. The best use for when you have 3-4 chunks (imo) is for him to establish a smaller stage (1 wall behind and in front). Then he can start playing his gameplan like how he wants.

I’m not calling you out specifically, but the general consensus by everyone seems to be that Aganos only improved in S3 when not too terribly much changed on him. I don’t think he’s weak, he’s where he needs to be in terms of balance (with some leeway that could go either way) but he still has the same problems he had in S2. He still doesn’t have as much advantage on his jumpins as other characters do (which makes sense because of how low he can jump), the speed of his normals isn’t as good as others while being the same range (which once again, makes sense seeing as how he has armor. I just find it odd that some characters like RAAM have a 9 frame St.HP when Aganos has a 12 frame St. MP that has only slightly better reach), and he now gives the opponent even more meter than before (this is the one that irks me the most, I’m fine with heavies bypassing armor, but was this one really necessary?). One of his best buffs that I hardly see anyone mention is his damage increase because of the increased damage of Shadow Pulverizer and the general system mechanic change of Hard Knockdown enders being the 2nd most damaging enders. Once again, I’m not saying I dislike how he is, I think he’s just right where he needs to be in terms of balance. That doesn’t stop me from voicing what I believe are his weaknesses in specific circumstances. I know all characters need both strengths and weaknesses, but I just feel that some of his weaknesses weren’t really kept into consideration for the general changes in Season 3 while every one seems to agree that he only got better.

Sorry for the off-topic, I know this isn’t a, “Discuss Aganos’ Balancing” thread. It’s just I honestly have nothing else to try to reason with in regards to War Path. I would like to see the move be better but I honestly don’t know what could be done that is reasonable enough without also completely changing Aganos’ gameplan.

I’m not calling you out specifically, but the general consensus by everyone seems to be that Aganos only improved in S3 when not too terribly much changed on him.

Well, the system changing around him helped him out a hell of a lot. Like you said, the damage changes are good, but also the change to make breakers into flipouts means he can actually risk a double without getting put on his ■■■ and damaging his walls; instead, like glacius, he just gets to go back to playing his favorite range. That alone improves him immensely imo. His changes were subtle, but the system changes were big.

WAR PATH is the name of the move
its strange that you should mention this move just last week i went into the lab to find a use for this move, and surprisingly i did. it requires for you to have a chunk (armor) when your opponent jumps, do it! it actually captures them right before they get to the ground. if your fighting someone like mira or shadow jago dont even try it, because the can hit you multiple times before landing. The chunk (armor) will protect you from a single air attack from (jumping jagos orchids mayas etc. ) ill mess around with it some more im sure theres something i haven’t thought about.

Any normal does that, provided that you hit them during their 4 landing frames. Cr.MK is much more reliable, as it comes out 9 frames faster and is active for 4 frames rather than 2. Because War Path is so slow, it has to be done before the jumping attack hits, not in reaction to it, which can be done with Cr.MK.

The only added benefits of using War Path in that application is that it does 2 more hit points of damage (.6% of a lifebar), and that you can combo directly into Shadow Payload Assault. If that’s the punish you want, you’d might as well just cancel your Cr.MK into a Natural Disaster then do an easy one-chance break manual.

Or better yet, use St.HK, since it does provides the same link opportunity but comes out 6 frames faster than War Path, meaning it can be done in reaction to the hit. If you’re late with St.HK and it gets blocked (which is easy to react to), you’re -3 and your opponent is pushed to a range where you’re safe. If you’re late with War Path, you’re -10 and your opponent can probably punish with a heavy button.

your right leo, war path sucks in s3 lol i did like it in s2

From the patch notes:

So now it more safe, and crushes lows. Sounds much better!

Its a move in the right direction, feels much more like a footsie tool now.

Still breakable in the third hit, as his pacemaker target combo, since it’s not in the notes

@TheKeits is this intended? Wulf and Cinder can do their 3 hit unbreakable target combo, why, for example, we can’t use the peacemaker target combo?

Thanks in advance, and the change to Stomp walk looks nice!

It’s still not a great move IMO, but its definitly got a use now. I’ll have to test it to see how useful it actually is as a reaction vs a read tool, but at least against sweeps it should have its use.

As happy as I am with the changes, I already used it without them (and rather successfully too), so this doesn’t change much for me other than the fact that the opponent now has fewer options when I do it…

@TheKeits is this intended? Wulf and Cinder can do their 3 hit unbreakable target combo, why, for example, we can’t use the peacemaker target combo?[/quote]
So, were these tested / commented on?

From what I remember, the recapture issue is the same, but I don’t think it really matters that much. The only case where that’s breakable is after Shadow Payload Assault, but in that case you’re always better off just recycling the peacemaker into a wall or chunk and cashing out with a wall crash. And to be fair, all three punch buttons do the same jumping attack with a peacemaker, so it would be pretty scummy if the opponent had to guess the strength between 3 identical recaptures.

From what I’ve seen Keits say, the target combo thing is intentional, because it’s very powerful. With how much stronger the peacemaker is in Season 3, I think it’s pretty reasonable. It’s unlike any other target combo in the game, since the cancel window from one swing to the next lasts the entire recovery of the first swing (even on whiff), making each swing its own separate attack. I’ve found some pretty strong OS off of this interaction. Comboing all three is pretty low on the options you have with it, unless you want to give counter breaker bait.