Simple question for I.G & all of the fans for KI. What do you think is next for KI? Lemme know in the comments.

Crossing my fingers for Season 4. If we’re coming to the end though, then i hope for one more substantial content drop. Which would include a couple brand new stages, New costumes and QoL improvements, New menus and polish etc.

Maybe we’ll hear something at gamescom.

With the lack of news as of late, perhaps Season 4 will be announced as the final season at a big event.

That’s just me though.

That would be awesome to see Season 4 with a big drop of characters alongside a Steam release, but yeah… wishful thinking. We’ll see.

I’m hoping for a sequel. Not a season 4, Killer Instinct is already being left in the dust by new fighting games. Injustice 2 and Dragon Ball Z Fighter is living proof of that

Over a year and a half I havent went out of my comfort zone of Tusk, Kilgore, Orchid and Cinder so I dont understand why would I need more characters.

how do you feel its being left in the dust?? Those games you mentioned are good but they just dont play as smooth as KI and I think its gonna be something big announced soon for the simple fact they havent even released the steam version yet

There’s no getting away from the game being from 2013. You can polish it up as much as you’d like but the engine is still bound by the time of its development. A new system would allow for an overhaul and completely new visuals with the already fluid mechanics. I love KI, but I want a new sequel, not a new season.

What’s next is someone finds some new universal tech that is so strong it shifts the entire tier list around characters that can best utilize it devolving KI tournaments to the same three characters!!

These games are at Evo, KI isn’t. More people are talking about it, no one is talking about KI. It needs a sequel to expand and show people it’s serious competition

Exactly. People not wanting a sequel is holding the potential back from the game

Crossing my fingers for Season 4. If we’re coming to the end though, then i hope for one more substantial content drop. Which would include a couple brand new stages, New costumes and QoL improvements, New menus and polish etc.

Maybe we’ll hear something at gamescom.

This 100%. Either season 4 or exactly the stuff you’re talking about here. That’d be perfect.

Exactly. People not wanting a sequel is holding the potential back from the game

Personally, if they decide to go that route, I’m more than fine with it. I wouldn’t boo them off stage for announcing a sequel by any stretch of the imagination. But if given the choice, I’d like to see more of this current game. That doesn’t mean I’m against a future game. You can want one and still want the other.

That’s true, but I would like them to fully put all effort into a new game. With newer fighting games upping the ante, KI needs to show it can stand up to it. KI has some of the most unique and fun cast of any fighting game. Just needs the AAA attention

In all fairness a AAA killer instinct would be 2-3 years away. That’s if they are planning to start work on it Relatively soon.

What’s more likely is that when we do get a sequel (if we do) is that it’ll launch as KI2 season 1 and the people who are complaining now would just complain then. Thats why even though I’d buy a sequel in a heartbeat, I’d rather a season 4 if it meant I could be playing it a lot sooner. I do hope for more polish and consistency though.

I would be happy with them starting over. This game needs to get more players and show that Microsoft is serious about supporting this game. Yes, KI has horrible animation and it’s hard to notice, especially with much better looking fighting games

A sequel would be nice and fixing some issues in killer instinct also a some new features in the sequel if it happens of course. 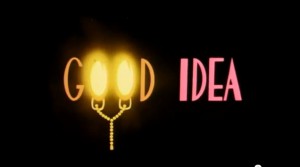 I doubt KI2x will be wholly made of segmented dlc again.

Regardless games take quite some time to make a new game or even just a spit shine and engine swap.