What special moves would you like to see in S3?

I mean, without knowing new fighters, what kind of moves would you like to see? Personally I d love a character to have a diagonal jump antiair grab, like Hugo’s or Alex’s ones. They give me a huge sense of satisfaction when I land em, enough to pick a character!

Are there any moves that you want in a fighting game? Moves that you love so much landing to make you pick a character? Or just moves you feel the need to be in our game?

I feel like a character with a E. Ryu or Heihachi style stomp would be pretty cool and would make for a really cool linker.

I want a shodo.

Yes I said it! I want a shodo of Jago.

I don’t mean Shadow Jago either.

Probably going to sound like a terrible idea but I love Shoryuken’s. Seth had an abillity to do some crazy mixups and land 3-9 Shroyuken’s with an ex move. I want to see how that would work and how a counter to Jago can work. But, I don’t see this becoming a reality. We have Jago, Shago, and Fulgore who all do Shoryuken’s. But, it could be neat to see Fulgore’s Shadow Damage Ender visually pull off more Shoryuken vs. utilizing sound for multiple hits.

Another special move that would be neat would be a flurry of attacks using feet and hands. I would imagine this be used for Kim where she can cast all her meter to unleash a flurry of attacks that do a great deal of damage and cash out potential damage at the expense of losing her meter. A limitation would be that she can only use it during instinct so it isn’t overused.

A Zen-minded, Capoeira-fighting clown might be pretty cool. Oh yeah, and he juggles mini-chainsaws as a weapon. You could come up with all sorts of crazy moves off of that alone!

It would be really cool of there was a character that could summon minions or monsters to aid him/her in battle. I could imagine his minions being very weak, but can aid their master by independently attacking the opponent. They could also be used to perform shadow moves and recaptures, but soon die afterwards.

-A grappler that uses grounded submissions / joint locks or multi-part throws as parts of combos.

-A character that can take their opponent to a different background where they have certain advantages while they’re in instinct.

-A character that can transform in to a beast-like version of themselves to do more damage and/or gain more special moves.

A grappler that uses grounded submissions / joint locks or multi-part throws as parts of combos.

You just reminded me how it was fun playing King in Tekken 3 during my childhood! 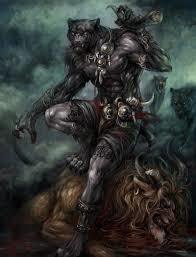